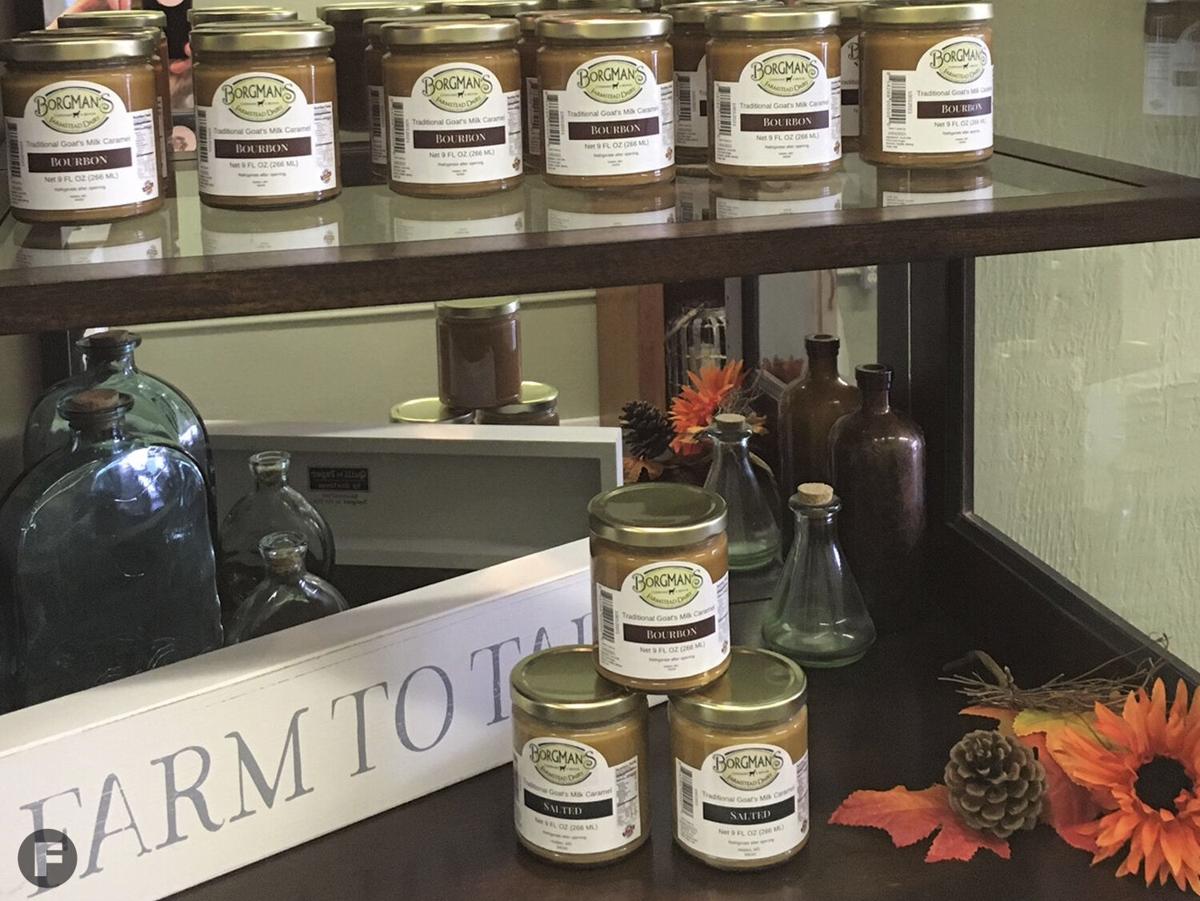 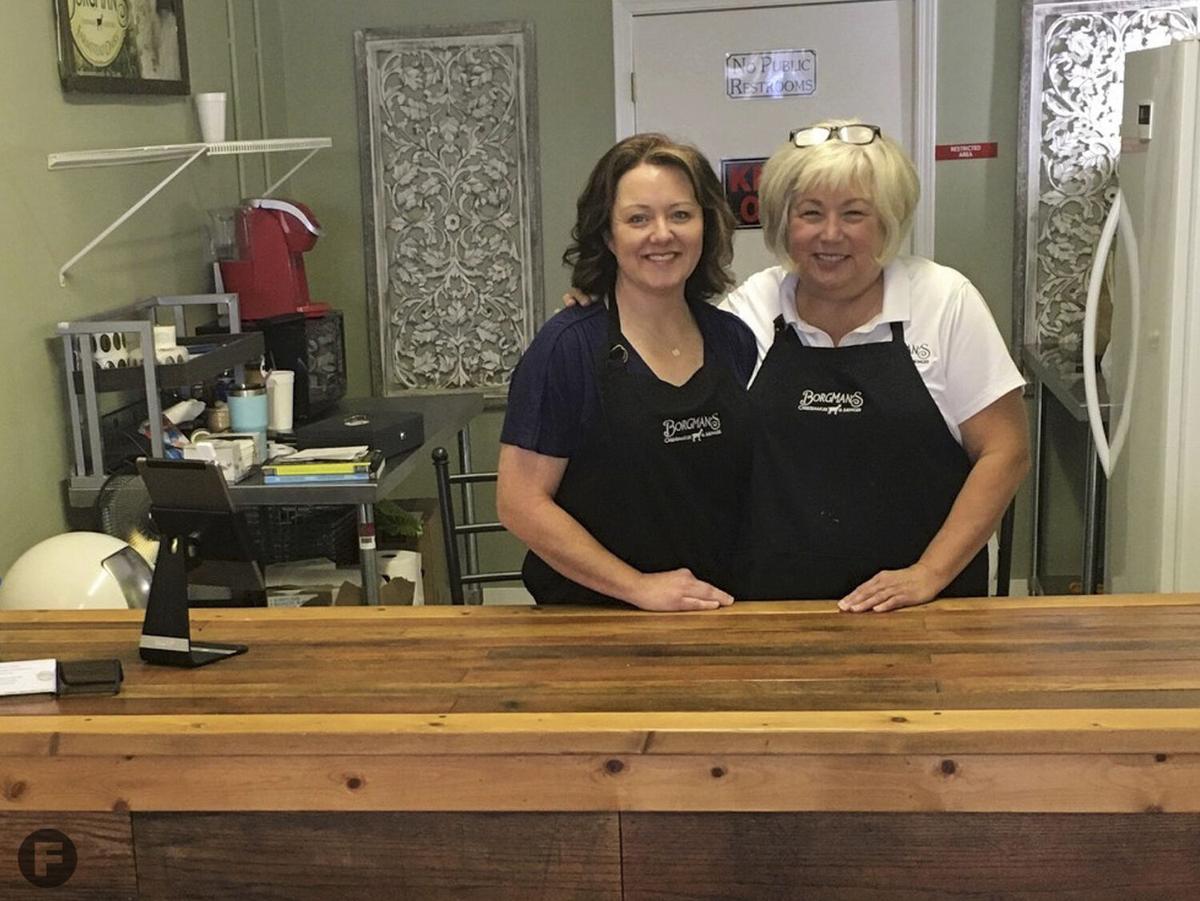 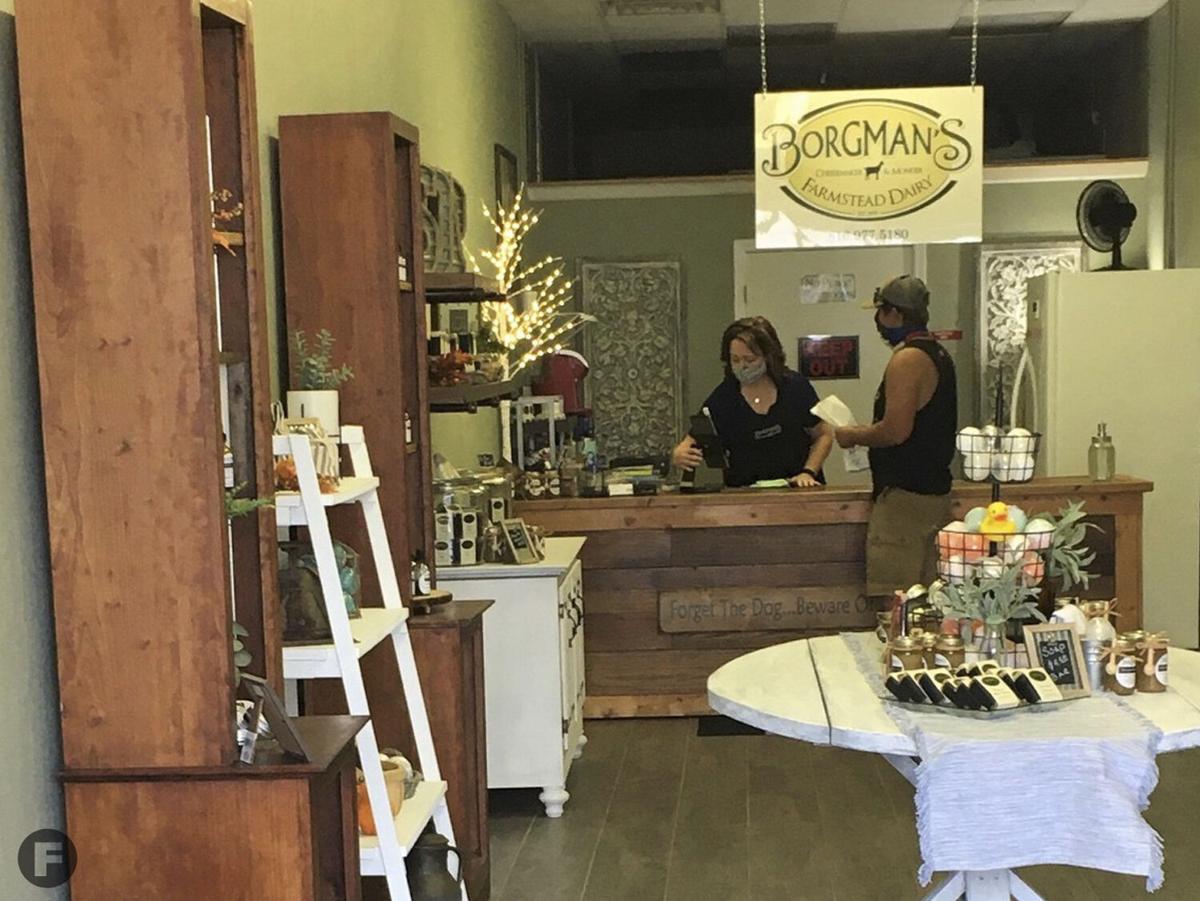 The store has a casual country vibe. 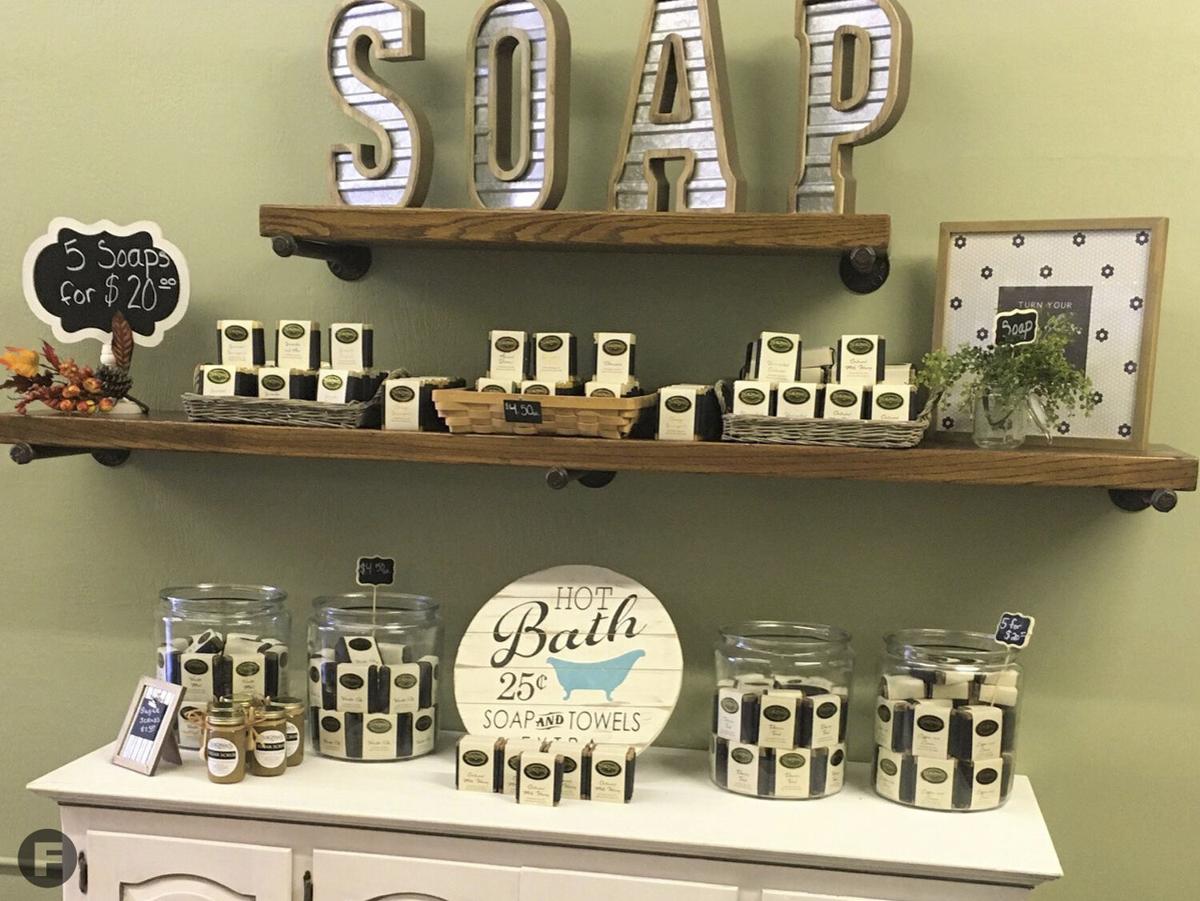 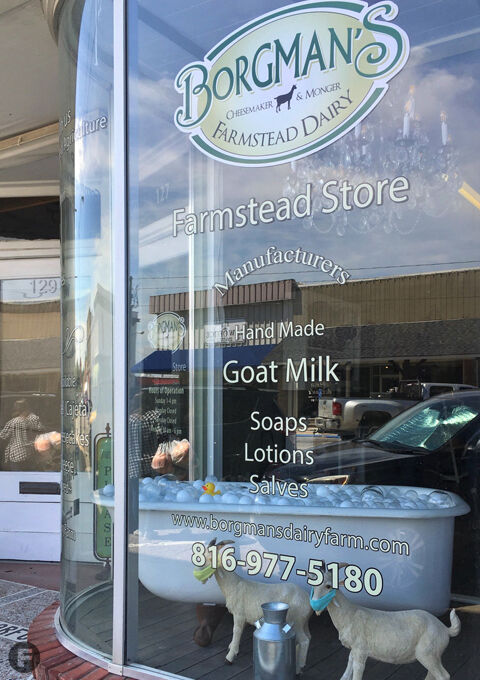 The store has a casual country vibe.

The third-generation dairy farm started in 1935 and is now owned by Janet Smith, who began raising goats on the farm with her husband, Randy, in 2006. The new store honors Randy, who passed away five months ago and had dreamed of opening a storefront and starting a CSA program for the business. In January, Janet and Randy saw the location at 127 S. Second St. was available while traveling from one of his chemotherapy appointments. “Randy was a very innovative, smart and creative man,” Janet says. “He was a chemist and physicist by trade and goat farmer by desire. He was alive the day we signed the lease on the store.”

Janet also heeded the advice of The Roasterie owner Danny O’Neill, who encouraged her to figure out a way to sell her products, including Borgman's popular Mexican-style cateja sauce, every day. She and her daughter, Dawn Lockhart (president of soap, lotions and salves at Borgman's Dairy Farm), staff the new store.

Here, you'll find Borgman’s chevre and flavored cheeses, sweet and savory cheesecakes, goat’s milk yogurt and, of course, the sweet, seductive cajeta sauce, which is available in bourbon and salted flavors. Fruit and other curds (think Jameson Whiskey Irish Coffee Curd), jams (such as fresh tomato) and flavored butters will soon join the store inventory, along with these other products.

During the pandemic, Janet has found controlling the number of people in the store at one time and getting supplies to be their greatest challenges. But the newly introduced CSA program incorporates e-commerce and curbside pickup to help mitigate these issues. “The goal is 200 CSA memberships per week, for customer pickup,” Janet says. She also wants to add lamb, beef, pork and chickens to the marketplace through cooperative ventures with producers, and bring a new slaughterhouse to the area.

New above-ground and underground greenhouses at the dairy farm in Holden are on the drawing board, too. After digging out an underground area this month, Danny McKenzie – owner of D&D Excavating & Property Restoration – will construct a 30-by-50 below-ground greenhouse, whose constant temperature will allow for year-round growing. “It’s big in Iceland,” he says.

Borgman's Farmstead Store will celebrate all of these changes at its grand opening on Sat., Oct. 3. “Randy wanted us to stay busy after his death so we would not spend [too much] time mourning him,” Janet says. “He would be happy to know we moved forward on his ideas and would have loved the underground greenhouse idea. We miss Randy terribly, but feel he is looking down on us and is still a big part of our new journey and new farm legacy.”

Borgman's Farmstead Store is open Wednesday through Saturday from 10am to 6pm and Sunday from 1 to 4pm.

Whether she's baking something chocolate or checking out a local restaurant, writer Lisa Waterman Gray is crazy about great food.