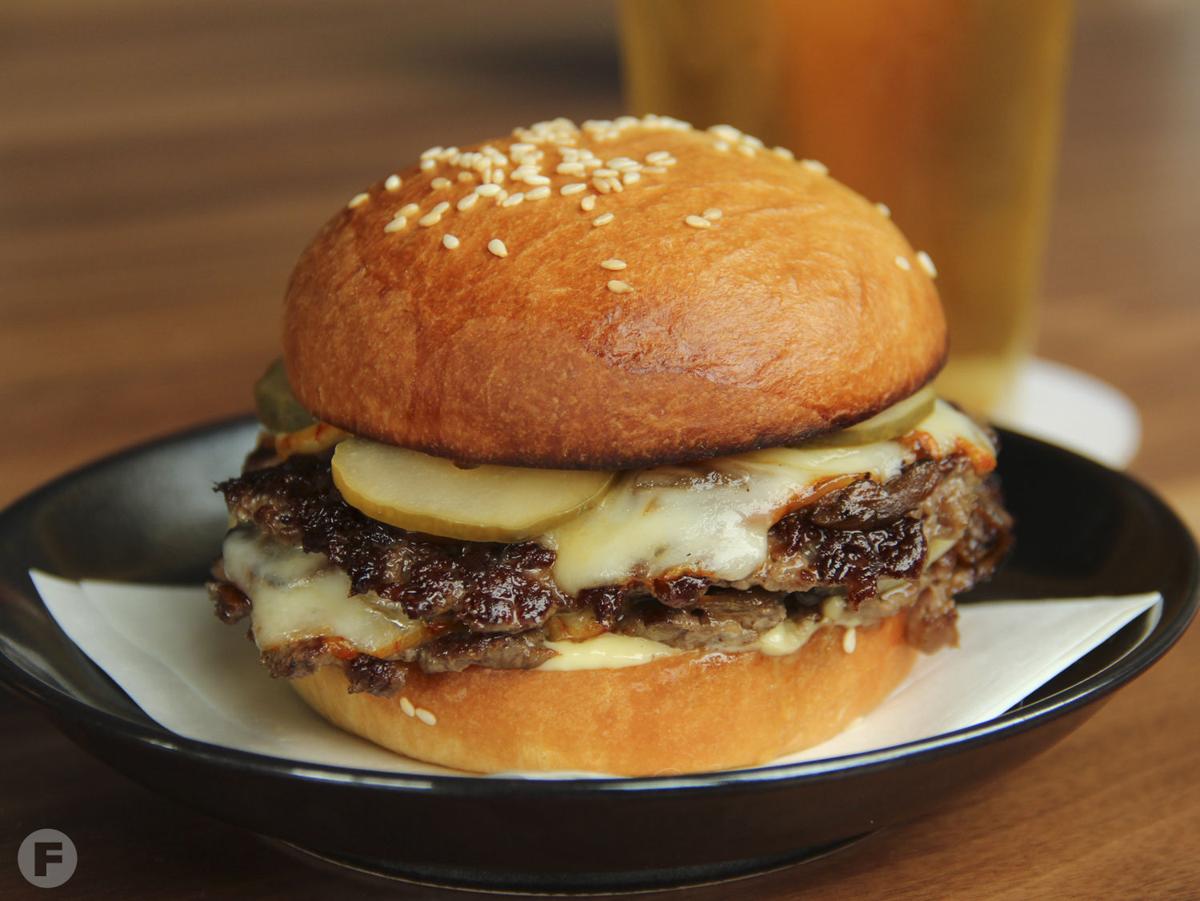 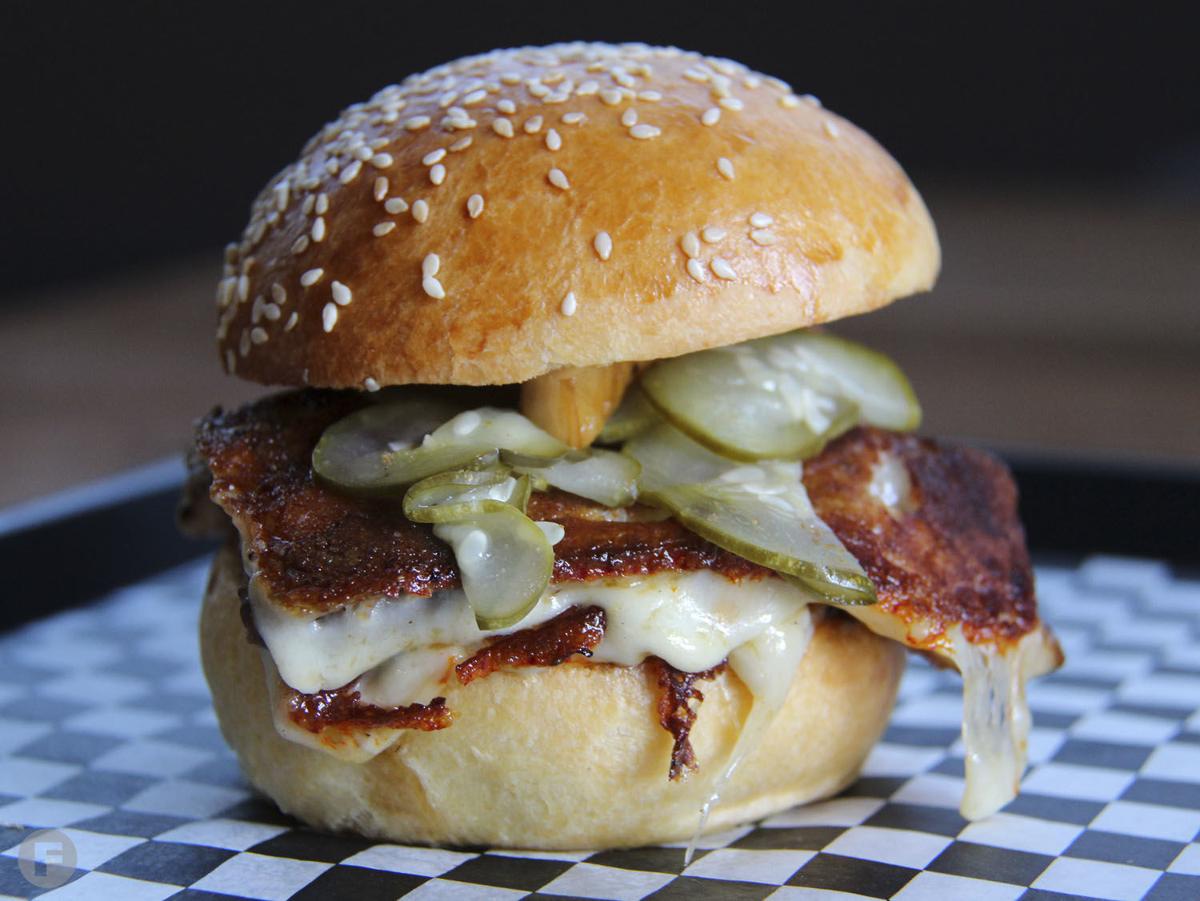 Made with king trumped mushrooms and Muenster cheese, the mushroom burger is a standout. 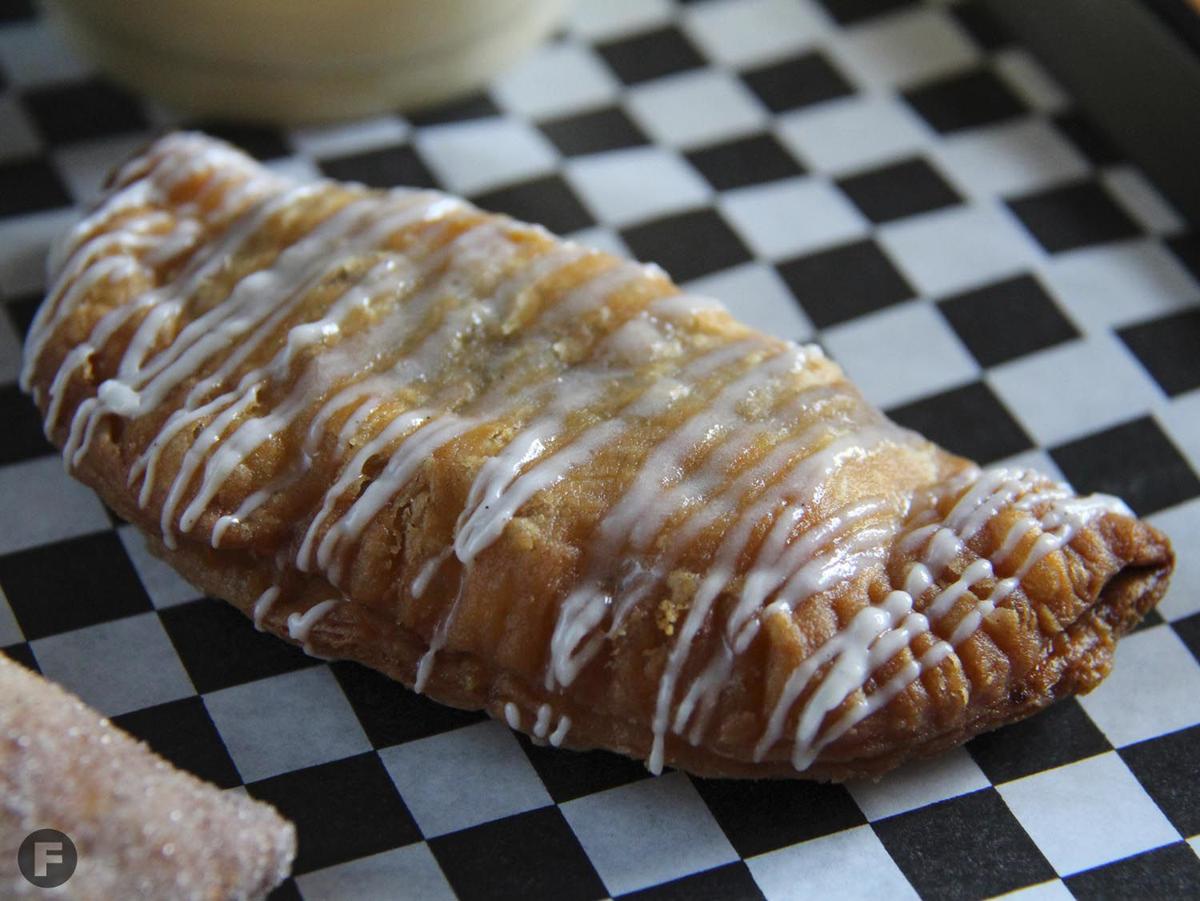 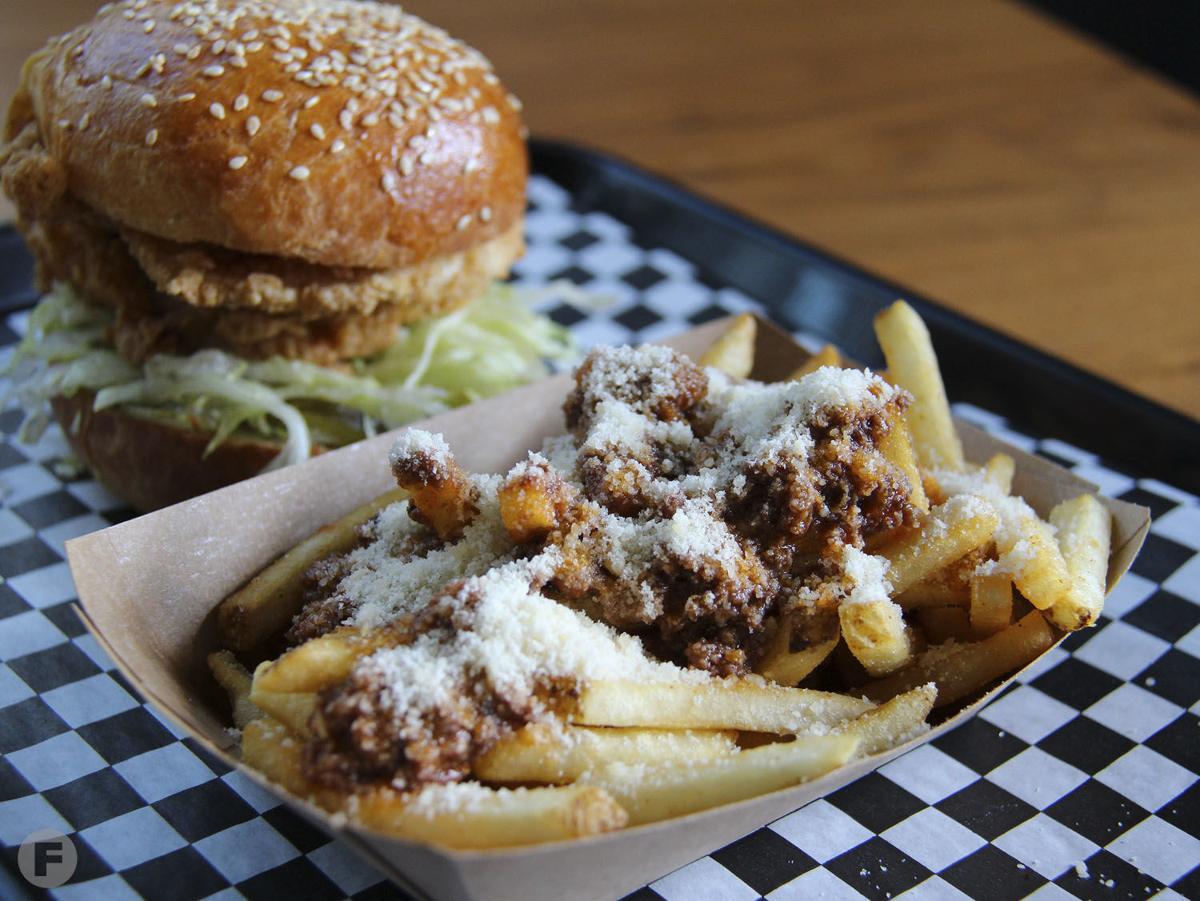 Fries are available topped with Bolognese sauce and Parmesan cheese. 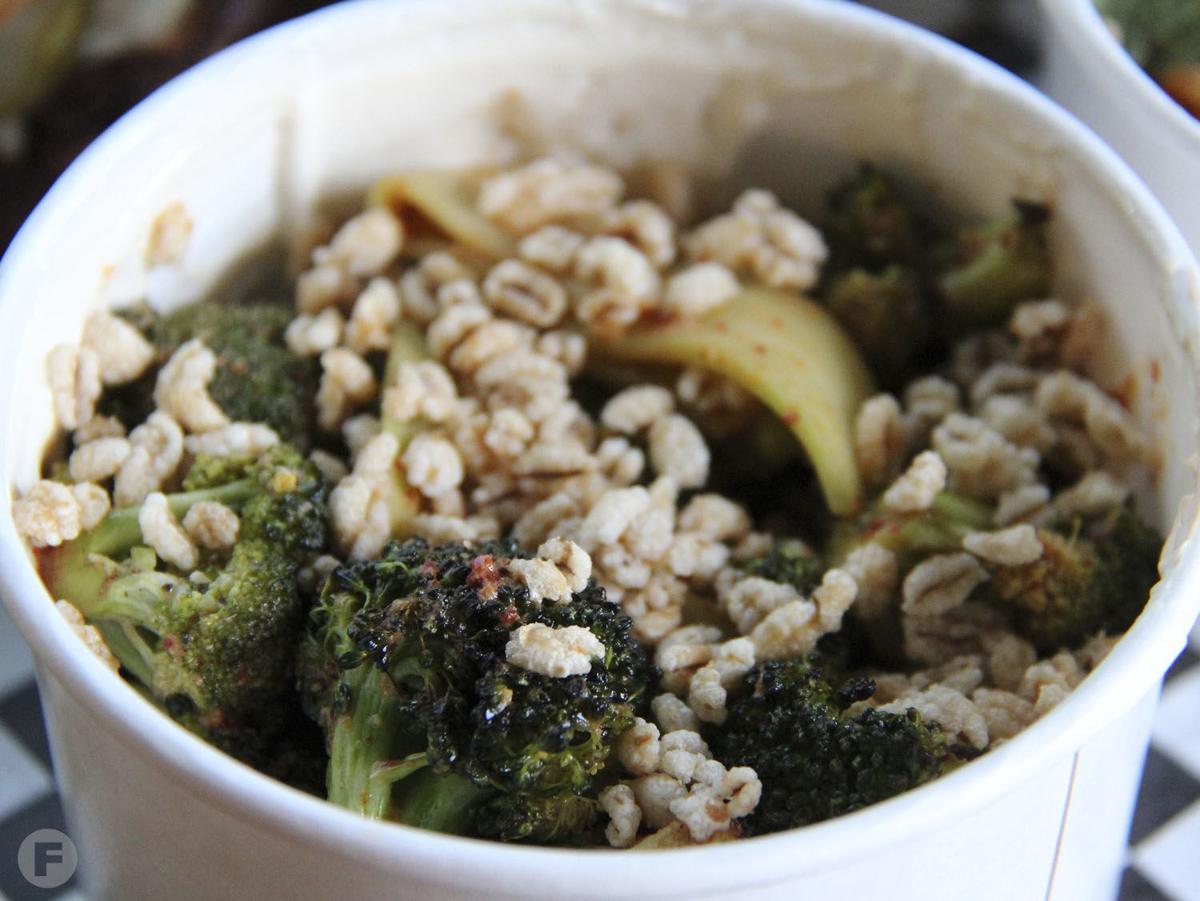 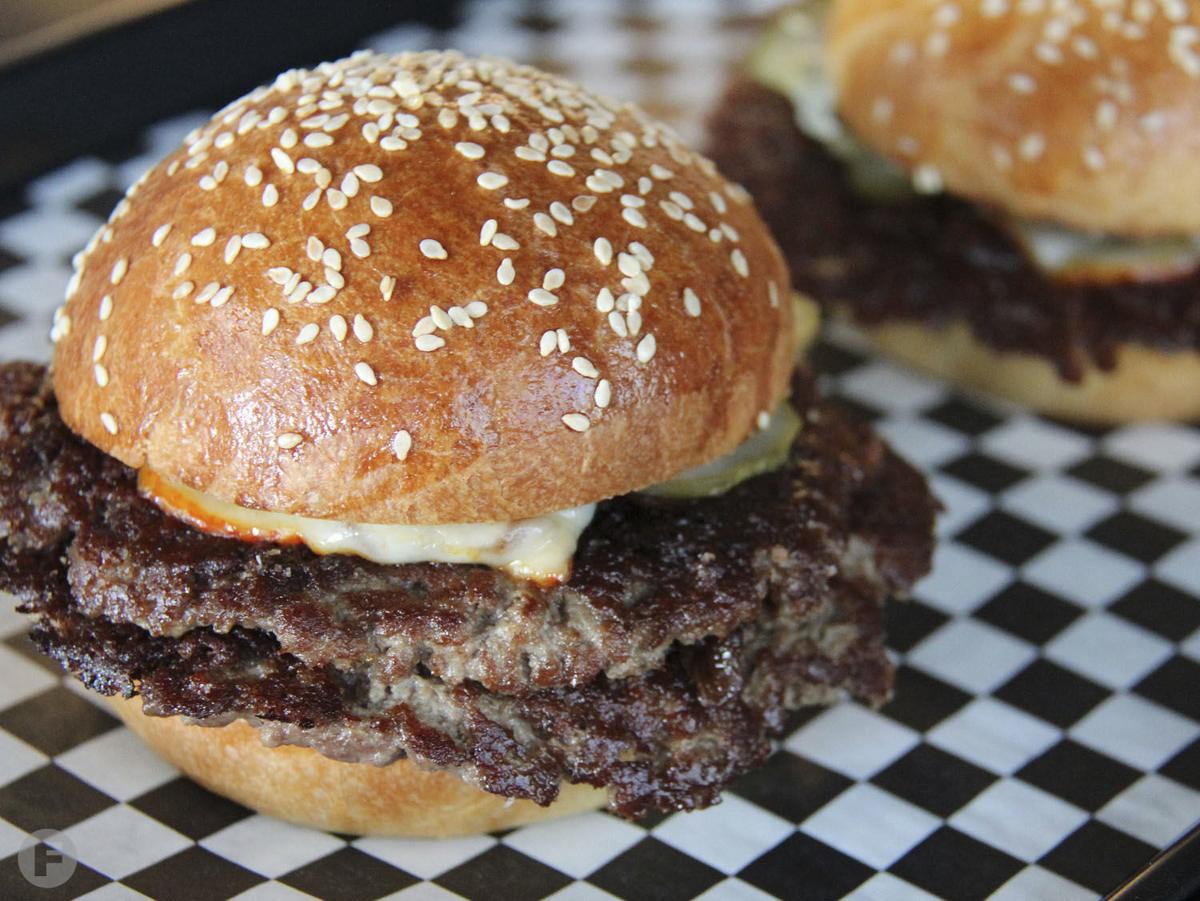 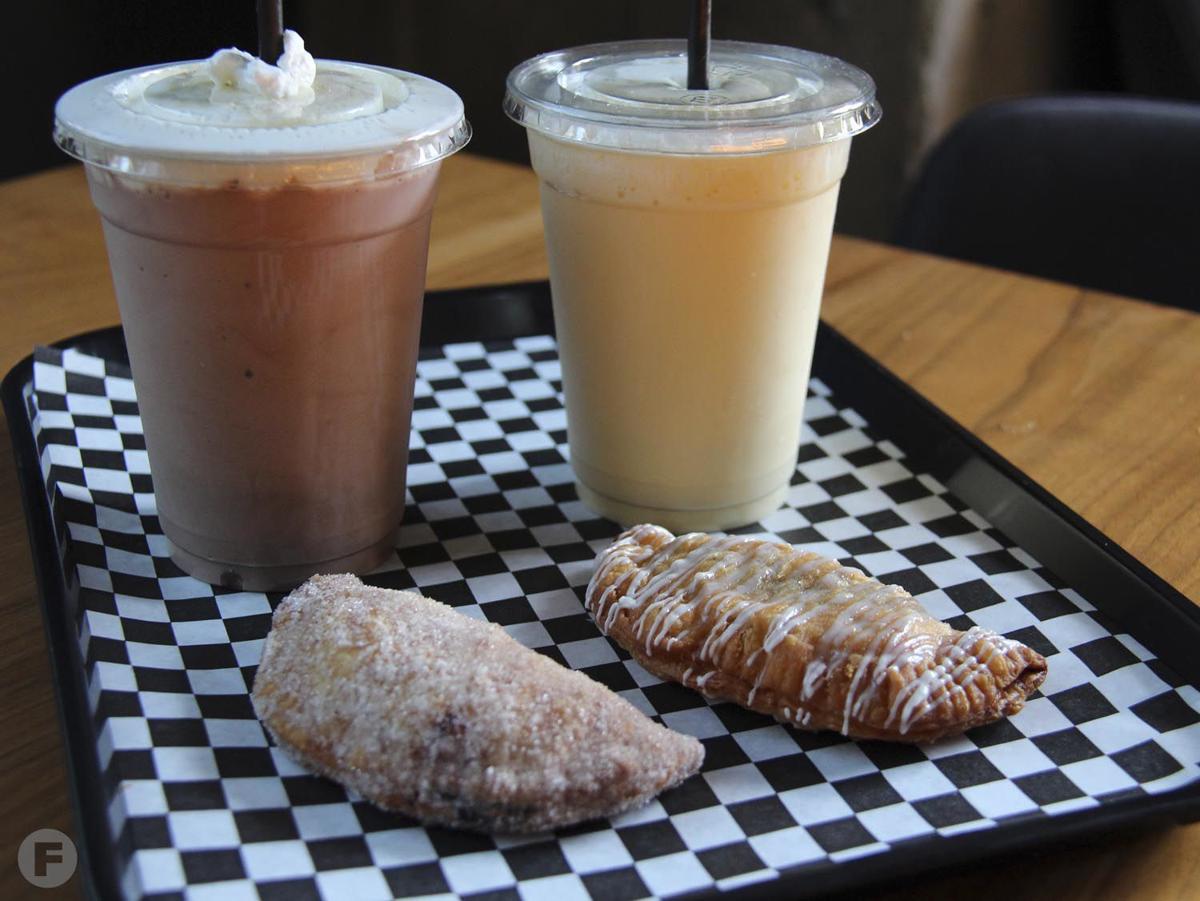 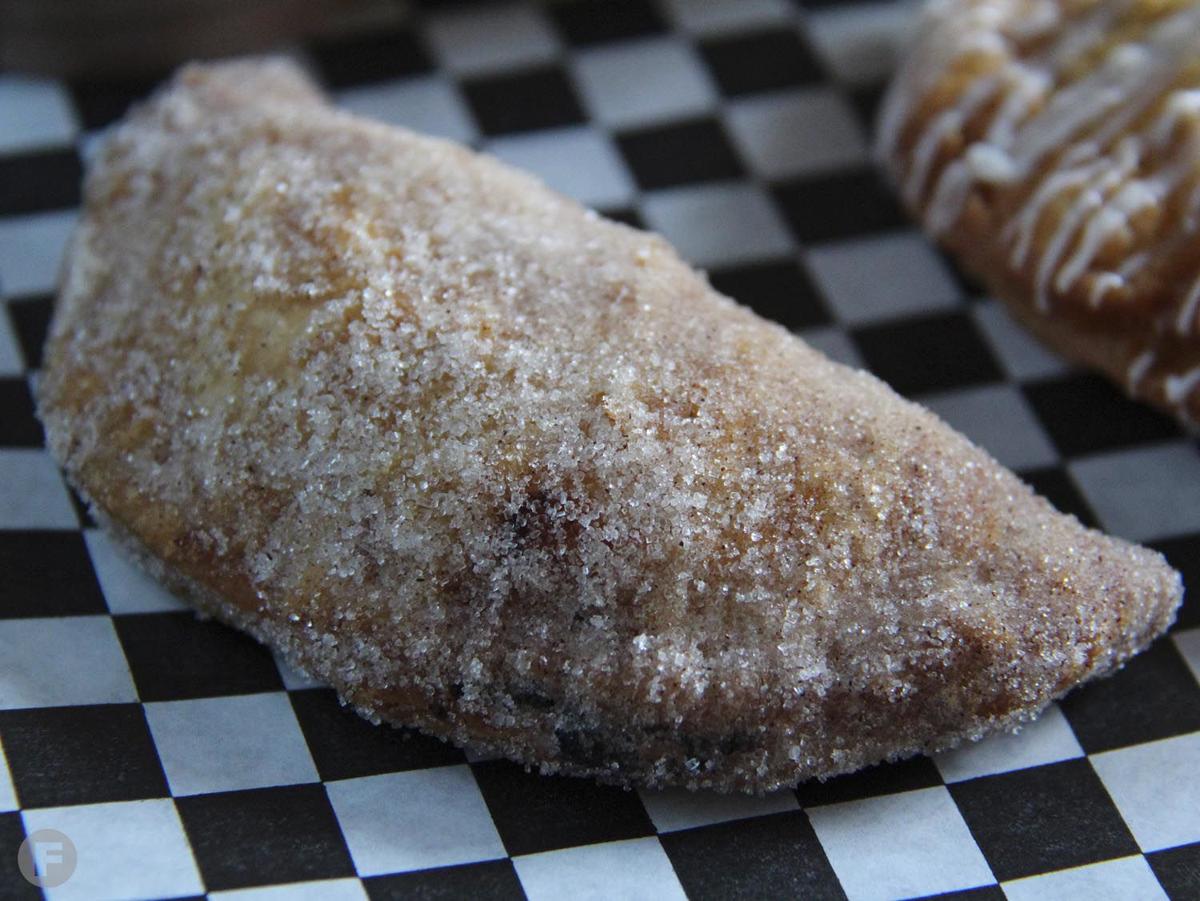 The peach hand pie is made with miso and yuzu and then dipped in cinnamon sugar. 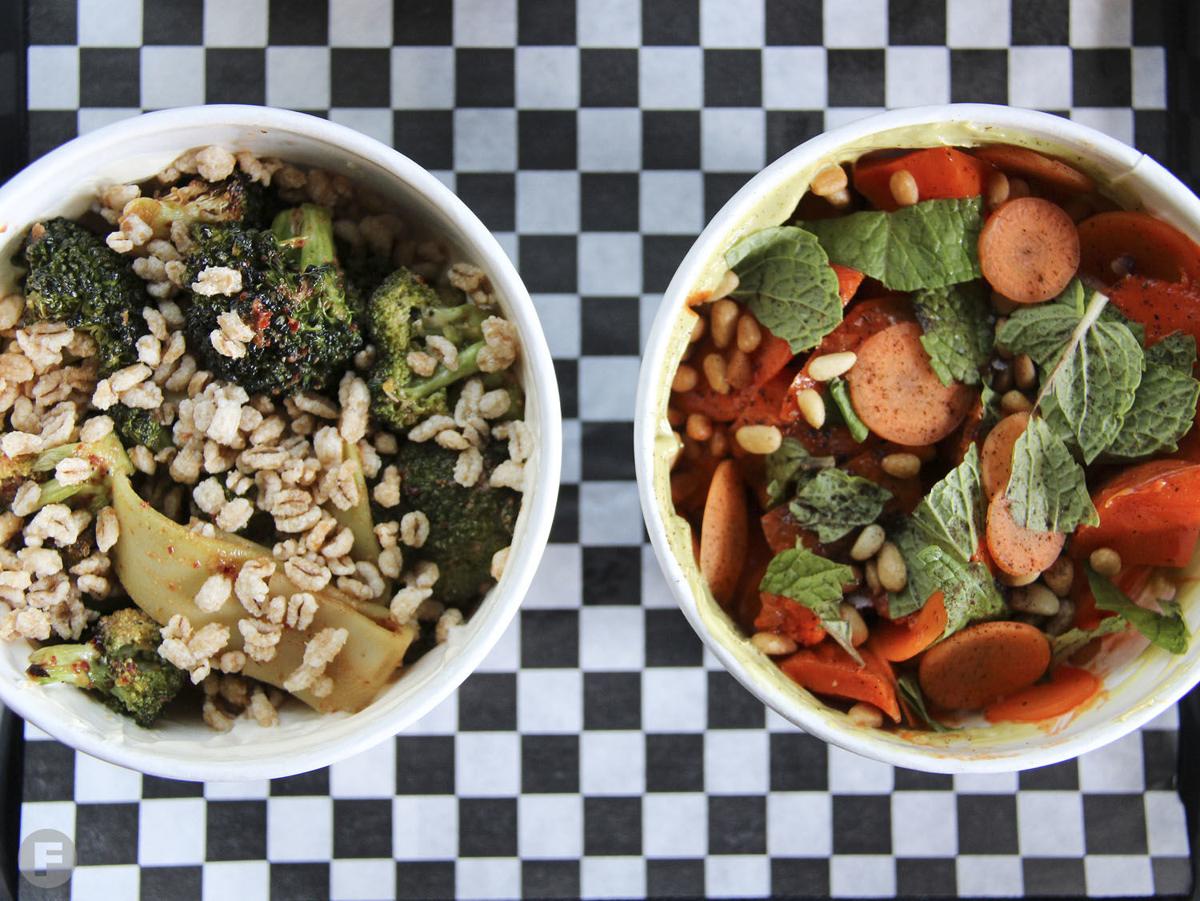 Salads include a creamy broccoli salad and an avocado-carrot number.

Made with king trumped mushrooms and Muenster cheese, the mushroom burger is a standout.

Fries are available topped with Bolognese sauce and Parmesan cheese.

The peach hand pie is made with miso and yuzu and then dipped in cinnamon sugar.

Salads include a creamy broccoli salad and an avocado-carrot number.

Congrats to the nominees!

A little over a year ago, the culinary couple announced plans to open Ravenous as an outdoor walk-up kiosk serving lunch only with outdoor seating. The name is a play on their last name; Corvino means “raven” in Italian. Ravenous was originally slated to open in the small park at the corner of 19th and Main Streets, with a kitchen attached to their current building inside Corrigan Station.

As summer turned to winter, the couple wisely decided not to open their outdoor dining venue until the spring of 2020. Instead, they launched Ravenous online in November, operating it out of the Corvino Supper Club & Tasting Room kitchen for lunch only, when the restaurant was normally closed.

The popular cheeseburger, which originally debuted on Supper Club’s late-night menu, was suddenly splashed across social media pages everywhere, with the hand pies and seasonal malts drawing almost as much attention. It was clear that this casual burger concept was going to be a hit, with or without its outdoor patio.

Offerings include the restaurant's beloved burger, plus a fried chicken sandwich, hand pies and more.

By the time the weather was nice enough to open Ravenous outside, coronavirus had hit the area and restaurants were forced to close. The couple repurposed the online ordering system they had set up for Ravenous to quickly offer carryout menu items from both the Ravenous and Supper Club menus for lunch and dinner, giving them a lifeline while their dining rooms were still closed.

“Once we were able to reopen Corvino, and move Ravenous out into the kiosk, it was obvious we had outgrown the space. We spoke to our landlord Jon Copaken about it, and he understood and supports our growth. He’s been an invaluable partner to us throughout the pandemic,” Michael explained in a press release.

Looking for a larger space for Ravenous, the Corvinos considered a stand-alone fast-food spot, but the economy and state of the restaurant industry at large gave them pause. Then, they turned to Parlor Food Hall, located just a few blocks away, which could offer a turn-key opportunity to give Ravenous the autonomy it had proved it deserved.

"Ravenous gives us the chance to welcome a nationally-recognized chef of Michael's caliber to Parlor," Doug Winter, vice president of operations for the Meriwether Companies, who owns Parlor, said in the release. "Though he's already established, we are excited to share his chef-driven, approachable concept with Kansas City."

The star of the menu will still be the original Ravenous cheeseburger. The original burger is made as a double patty for $9, but you can also order it as a single burger for $7. “We start with a fatty grind of ground beef and make smashed patties,” Michael said. “We griddle them so the fat melts away and the beef gets crispy, and top with melted Muenster cheese, charred onions, aïoli and sour pickles. Finally, we toast our housemade bun, which has the perfect amount of ‘squish’ without falling apart.”

Another offering will be the Big Mike Burger, which adds iceberg lettuce, fry sauce (a mayo and ketchup combination) and American cheese with shaved onions for $9. The Mushroom Sandwich is inspired by Christina, who doesn't eat meat, and asked Michael for a vegetarian option. It comes with seared king trumpet mushrooms, pickles and crispy Muenster cheese.

Sides will include a broccoli salad with whipped tofu, salsa macha, lime and puffed barley for $3-5, and tater tots for $3 (with the option to add cheese sauce for an additional $2 or spicy Bolognese for $3).

Dessert offerings include chocolate, vanilla or seasonal malts for $9, with seasonal fried hand pies for $5. For the opening, expect to see blueberry malts and sour cherry fried pies.