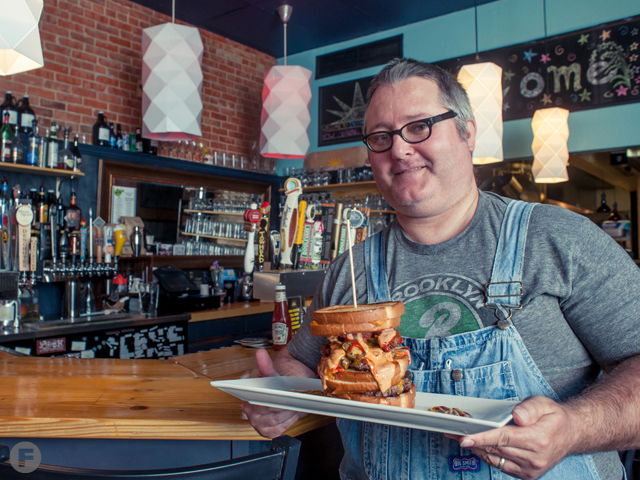 Jason Miller is known for serving all things fried and delicious. 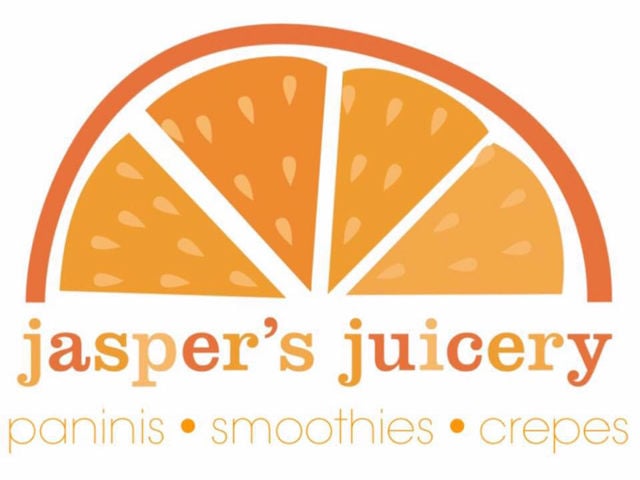 Jasper's Juicery will serve a selection of fresh juices, smoothies, paninis and sweet and savory crepes.

Jason Miller is known for serving all things fried and delicious.

Jasper's Juicery will serve a selection of fresh juices, smoothies, paninis and sweet and savory crepes.

After already opening three restaurants, chef and restaurant owner Jason Miller is gearing up to open his fourth concept on Joplin’s Main Street.

Dubbed Jasper’s Juicery, the new venture is scheduled to open Mon., March 6 and will be located at 122 South Main Street in Joplin. While the juicery is just four blocks from Miller’s first culinary success, Instant Karma, Jasper’s will be pretty far removed from his usual lineup of hamburgers, quirky hot dogs and all things fried and delicious. Instead, Jasper’s will serve a selection of fresh juices, smoothies, paninis and sweet and savory crepes.

For the restaurateur who took a bite out of Joplin’s dining scene with creative culinary twists including a double-decker grilled cheese, the duck Philly cheesesteak and the deep-fried donut burger, opening a juice bar might seems sacrilegious, but Miller has his reasons. Mostly, it’s thanks to a recent viewing of Joe Cross’ documentary Fat, Sick and Nearly Dead. “I took a vacation on the East coast and watched that on Netflix and started a 35-day juice cleanse,” Miller says.

After pushing through day four, Miller says he felt remarkable and ended up losing 30 pounds. “I would sit in the basement and cry while my family had dinner upstairs,” he says laughing. But tears aside, Miller says the cleanse inspired to open a juicery.

“I think this is the future,” he says. “In New York, there’s a juice bar on every corner. It’s a wave, and you’re seeing them crop in St. Louis and in Kansas City, but there’s nothing like that here in Joplin.” Despite the limited health food scene, Miller points out that Joplin has a community of runners and cyclists, so opening a new restaurant geared toward a health-conscious crowd seemed like the perfect opportunity.

“The running store [Runaround Running & Lifestyle Company] is down the street, and the old Greyhound bus station is turning into a CrossFit,” Miller says. “This is all happening at the same time.”

With the juicery’s location picked out and under construction, Miller is finishing up the menu and has been experimenting with juice combinations. “As a chef, I didn’t want to drink the same thing every day,” he says. “I mixed pineapple with cayenne pepper and tried putting cumin and spices in there.” His favorite combination so far: pineapple, orange, cayenne and ginger. “It’s a spicy juice,” he says. “And ginger kills your appetite.”

While the menu is still in the works, Miller plans to have eight juices, eight smoothies and a selection of paninis and crepes, which are likely to have a touch of Miller’s creative flare. He’s currently working on a Nutella crepe that mixes the chocolate hazelnut spread into the crepe batter and hopes to use the same approach on a sweet potato crepe.

The space itself is tiny, at barely more than 300 square feet, which will make it feel right at home for fans of Miller’s other restaurant, The Eagle Drive-In. Once open, Jasper’s Juicery will feature a front bar and a collection of two-top tables providing just enough seating for 22 people. All juices, smoothies, crepes and paninis will be made behind the bar, so customers can see the action. Miller also plans to work with Joplin’s farmers’ market and local vendors to bring in as much local produce as possible, including the popular jalapeño cheese curds from Edgewood Creamery.

“We just sold out of about 60 pounds of those cheese curds at Instant Karma,” Miller says. “We deep fry them; of course we won’t have a deep fryer at Jasper’s.”

With just a month before Jasper’s Juicery is schedule to open, Miller and his wife, Suzanne, are hard at work adding the finishing touches to the space’s interior and decor, which will include a wall of plants designed by Suzanne. For more updates and behind-the-scenes shots, follow Jasper’s Juicery on Facebook.

If Miller’s other restaurants are any indicator, Jasper’s will be nothing short of a flavor sensation.