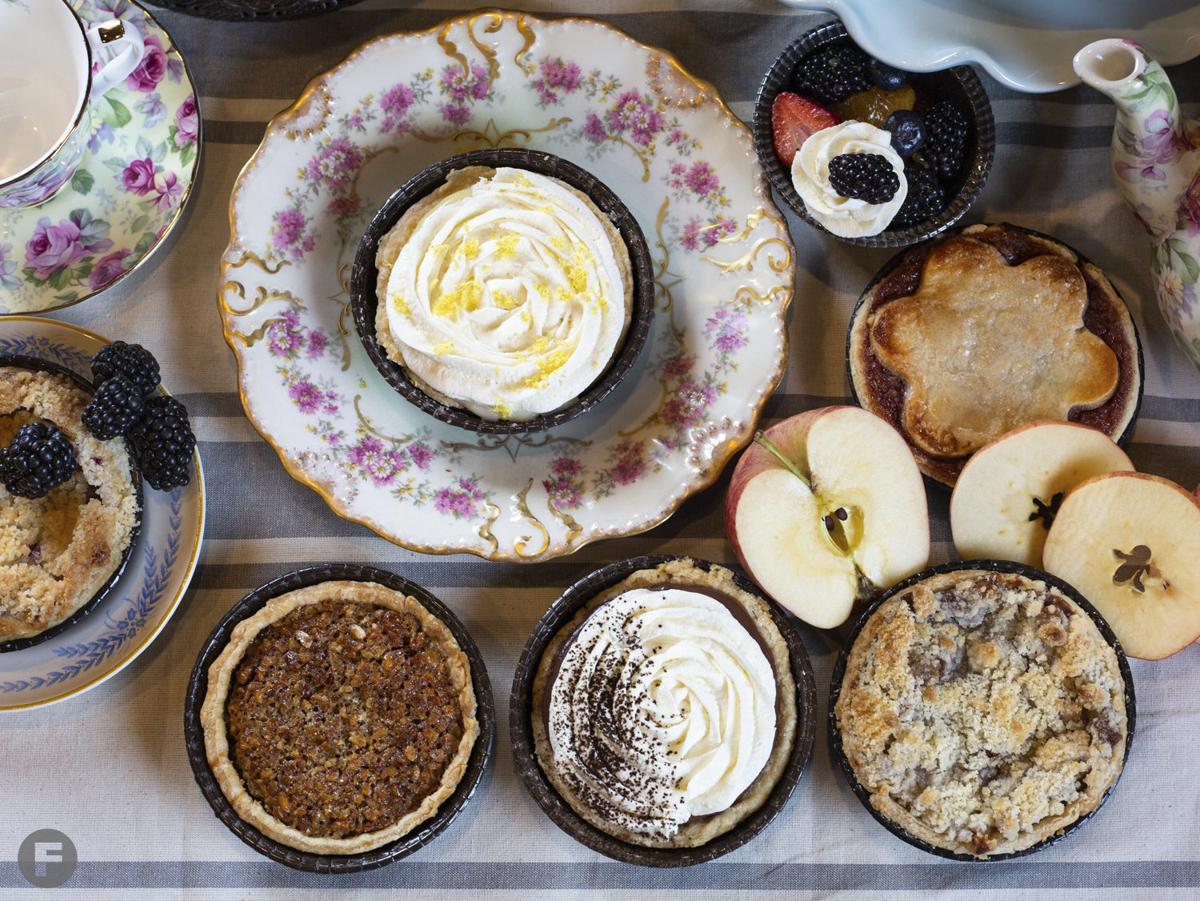 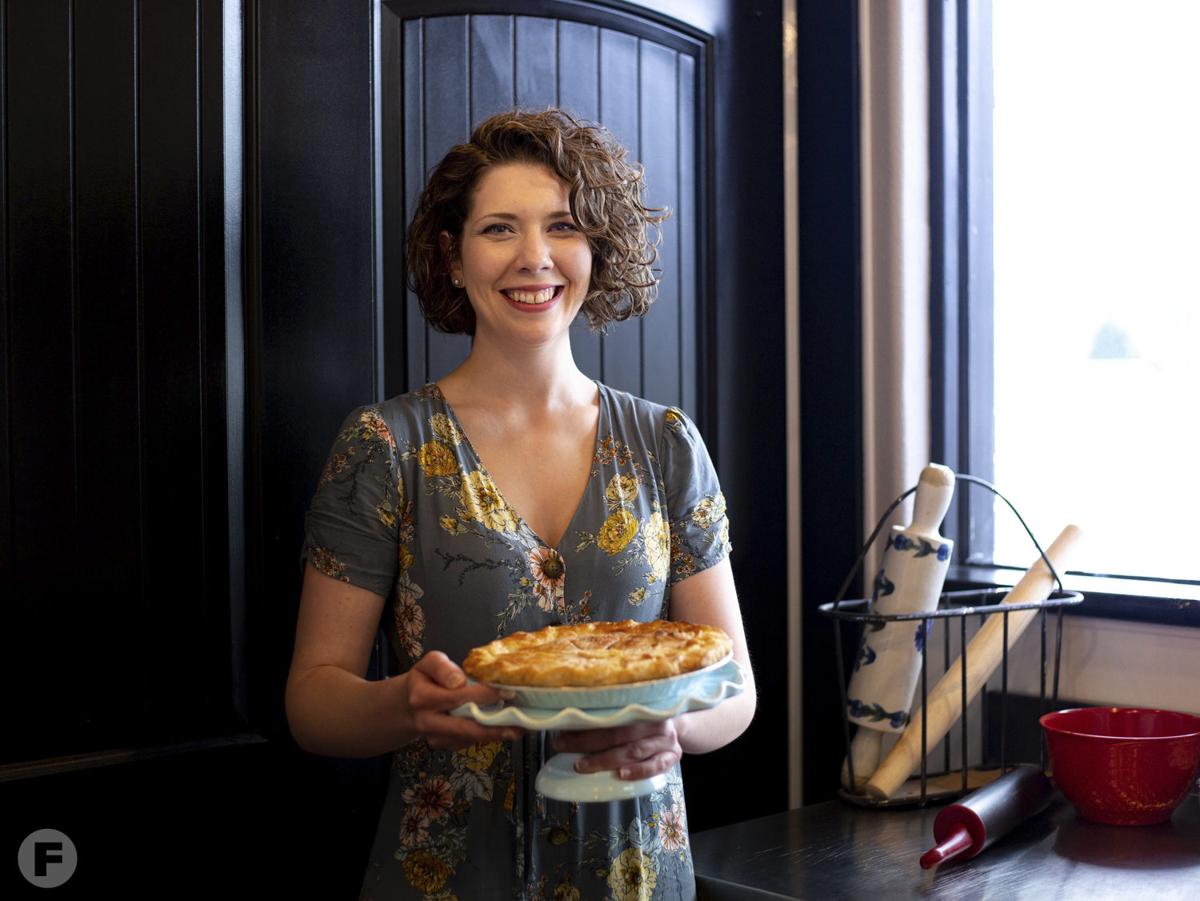 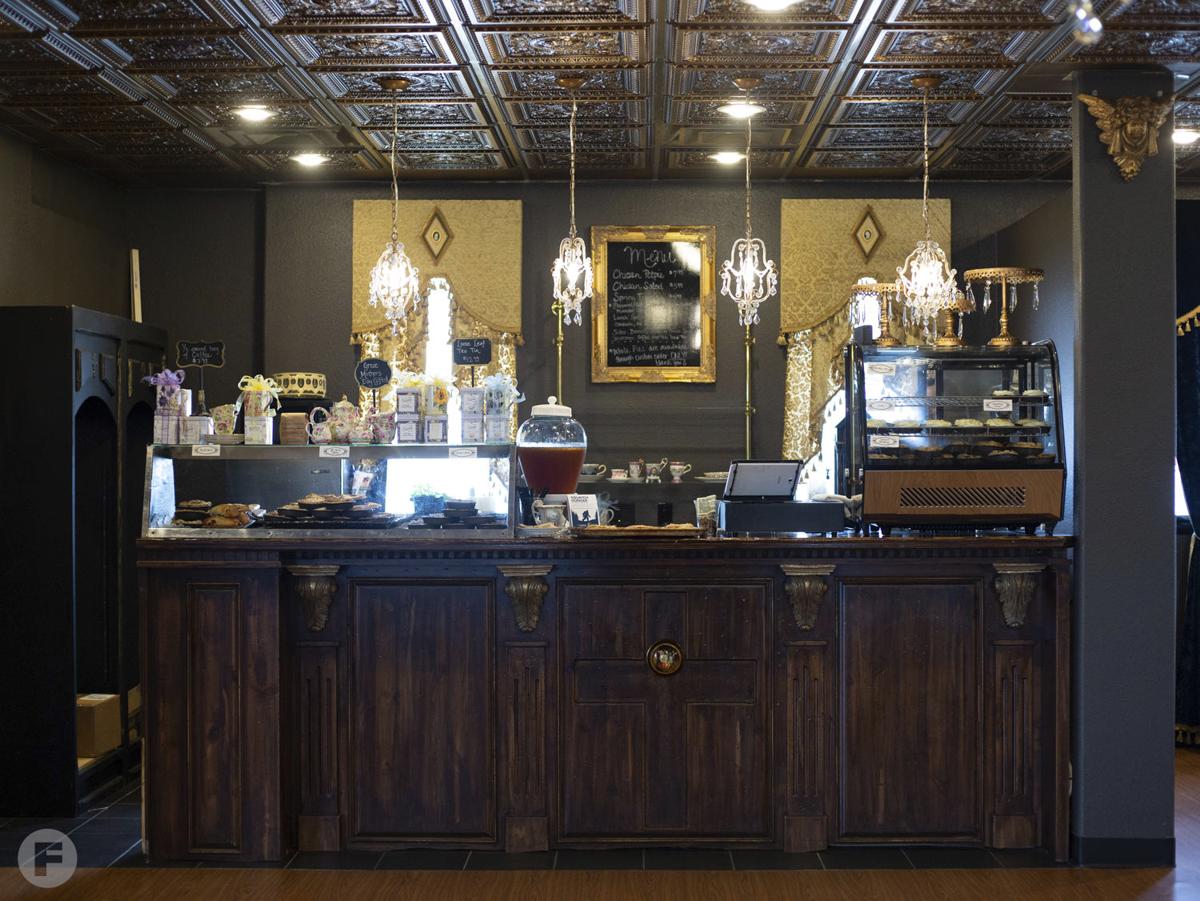 The space was formerly home to a hair salon.

The space was formerly home to a hair salon.

Holly Hartman began making pies in 2015, when she was a stay-at-home mom with a toddler and a backyard blackberry surplus. Eventually, her hobby evolved into a Joplin storefront open just once a week, with lines stretching out the door.

This February, Hartman moved The Pie Safe to a larger location on South Main. The space, formerly a hair salon, received a Victorian makeover, complete with plush velvet curtains and dainty tea sets. She bakes traditional 10-inch pies on request, but in what Hartman calls “a perfect ratio of crust to filling,” the display case stocks 4-inch mini pies in flavors like the signature blackberry, which features a custard berry filling with a flaky, sugar-crumb topping, as well as chocolate cream, cherry and pecan pies. The Pie Safe also offers seasonal specials like strawberry pie. Hartman also offers a chicken pot pie year-round, sandwiches, coffee and an assortment of loose-leaf teas.

Some of your pies, like the Vivian’s Pecan Pie or Nita’s Blueberry Pie, are named after family members and their pie recipes. Do you come from a pie-making background? No. Vivian is my husband’s grandmother, and Nita is his mother. People expect the same story – that I've come from a line of grandmothers who taught me how to make pie. I literally was a stay-at-home mom who got in the kitchen during naptime and found a creative outlet. At first, I just wanted to make a really good pie crust. And after it took off, I think even my family was shocked. They were like, “Is she really doing this?” But after I started bringing pie to the family functions, they were like, “Maybe she’s onto something.”

And then you opened your first storefront just a year later. This whole thing’s been fast and kind of crazy. I hit it off with this woman while volunteering, and I invited her over for dinner and pie. A week later, she called me up and asked me to make pies for a fundraiser. I came up with a plan for 40 pies. She said, “Sounds great. Double it.” That’s when the idea of a business started turning in my head. I had a two-year plan in mind. But then my husband, Blake, started taking pie to the office [at Empire Electric] and he was like, “There’s a market for pie here, and we need to do it now.” That was around Thanksgiving. He was right and we opened our first location at the end of 2016. It was insane. My husband took my two-year plan and crammed it into six months. He’s had my back from the beginning and contributes so much to the success of the business.

So, what it is about pie that’s so special, exactly? It’s the funniest thing – younger generations come in they’re like, “I guess we'll try it,” and they're just shocked. They're like, “I've never had cherry pie like this!” It’s because they've only had canned fillings, never the real stuff. People come in here and they’re like, “Joplin needed this.”

You’re not even capitalizing on nostalgia – you’re introducing a completely new product from a by-gone era. Yeah, and I think the way we're doing it works. With the mini pies, people can get a pie box and pick out four different flavors. At the old place, I’d see them in their car taking a different bite out of each pie. Now, we have people who come in and just spend quite a bit of time here. They’ll sit around and chat for three hours. I love it. It’s a hometown feel. A big thing for me is hospitality. The first day we were open here, we had people sitting down for lunch and I remember looking out the kitchen door and just going, “Yes. This is what I wanted.”