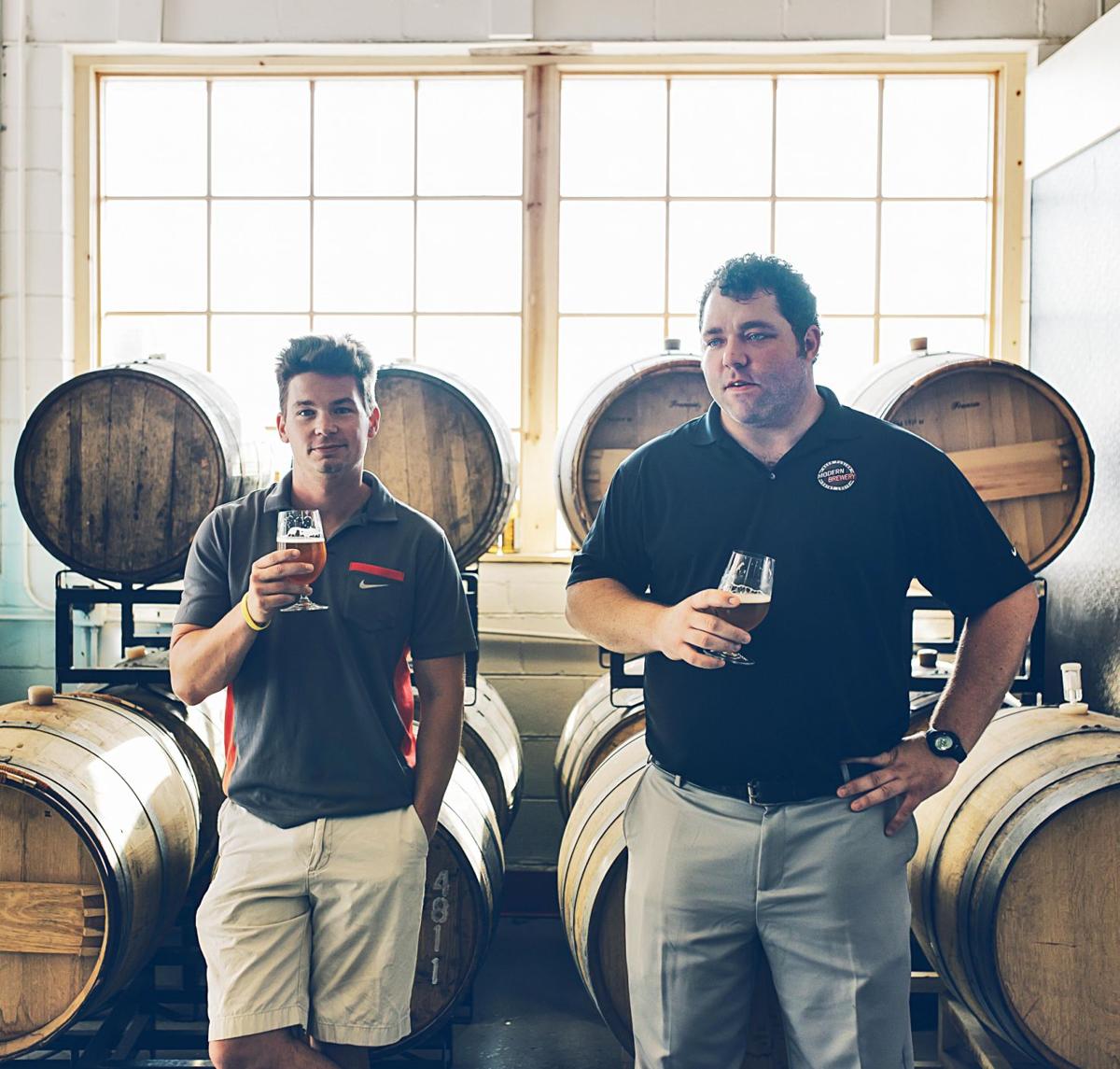 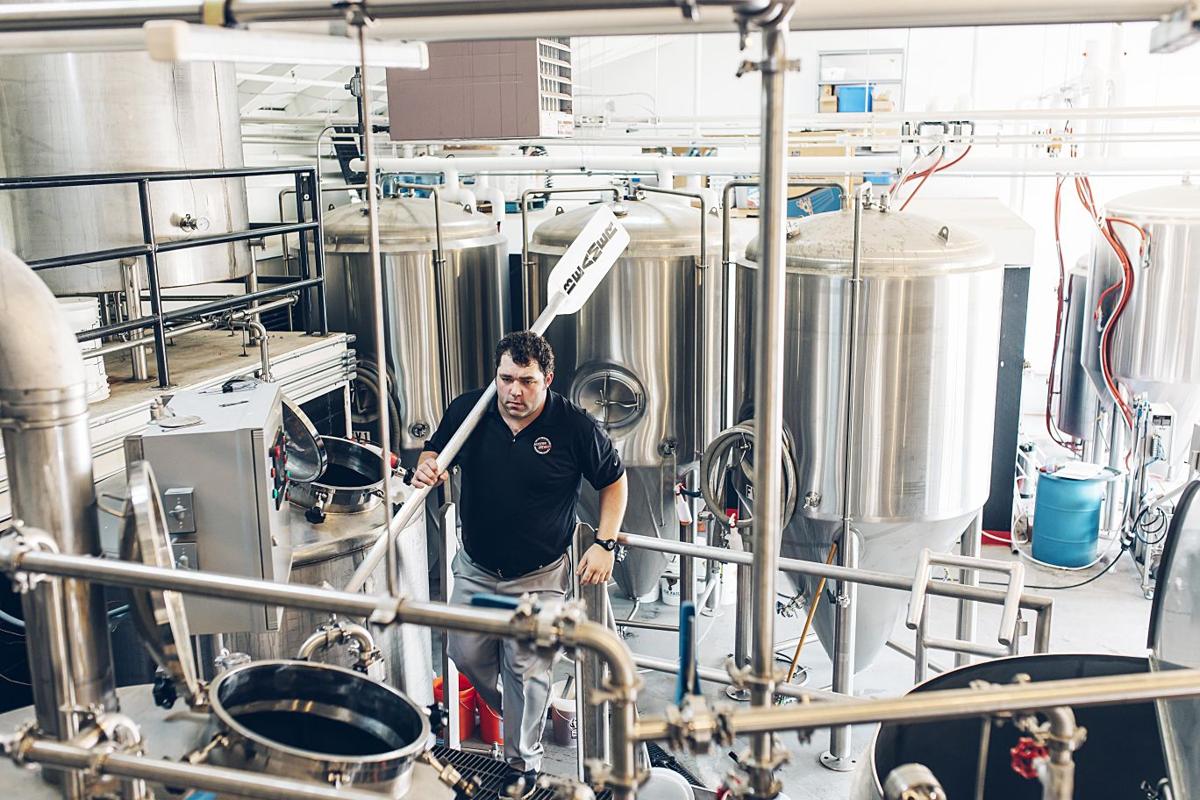 The 50-person tasting room will open in the airy garage next to the brewery. 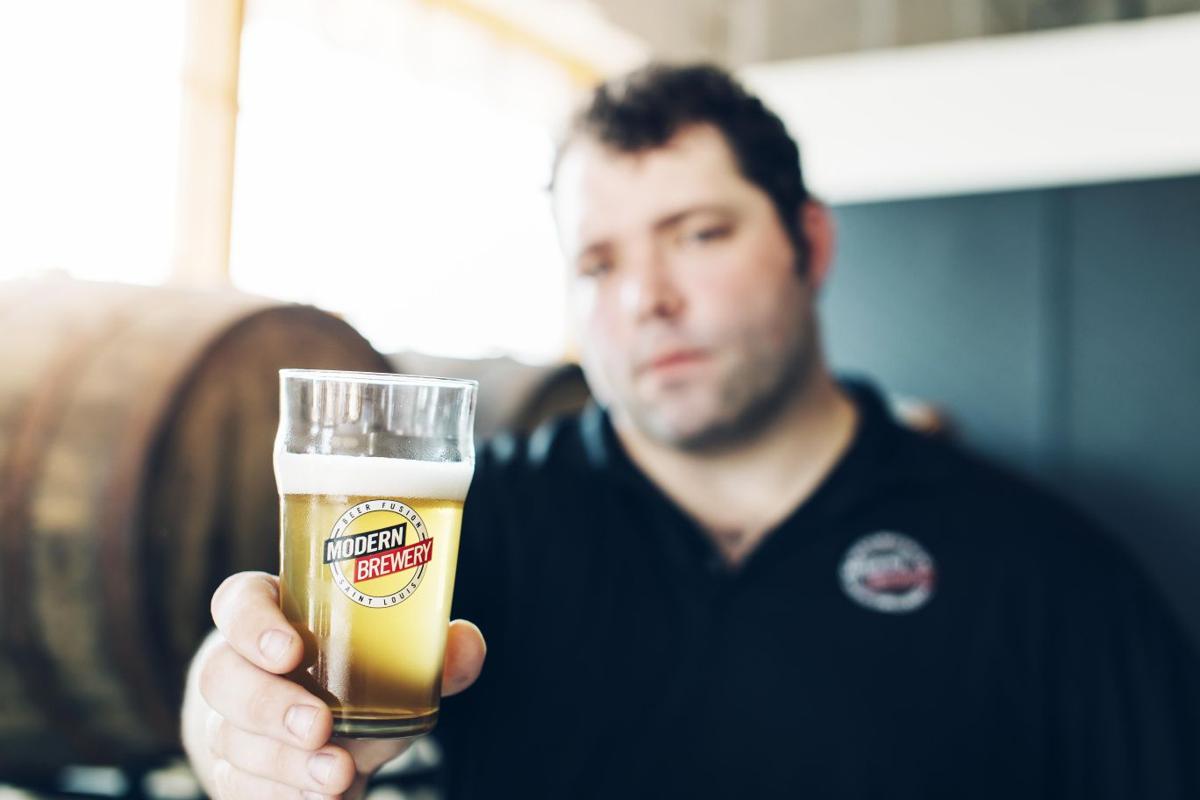 Since launching a year ago, a lot has changed at Modern Brewery. As one of St. Louis’ newest microbreweries, Modern has quickly doubled its staff from just president and chief executive officer Beamer Eisele and head brewer Ronnie Fink, and it’s also tripled its beer capacity to 3,500 barrels a year. The brewery has established a solid cast of regular and seasonal “beer fusion” style brews that are approachable yet eclectic. As of this spring, Modern’s eye-catching lightbulb-shaped beer taps can be found in more than 75 St. Louis area restaurants and bars. And later this month, the brewery’s much-anticipated 50-person tasting room will open in the airy garage next door to the brewery, serving its beers on draft and making it available in growlers.

What can we expect from the tasting room?

Ronnie Fink: It’s going to be really relaxed, and it’ll be a working space, too, so it’ll feel like you’re in the brewery. We’re going to have all of our barrels, grain and kegs lining the walls. You’ll be sitting at the tables and see the barrels aging right behind you.

Beamer Eisele: And of course, people can tour the brewery — it’ll be a quick tour, walking right next door — but we’re excited to show people what we do.

Why open the tasting room now?

BE: It was our goal to open the tasting room eventually. Our fans forced our hand. We’d go to festivals with people telling us that this is their favorite beer, that they want to come drink it with us and asking when we’re going to open a tasting room. But then we’d hear while making deliveries that customers are asking at the restaurants and bars, too.

RF: It’s a way to interact with people better — rather than having a bartender sell our product, we can explain what’s behind every beer we brew.

What will be on tap?

RF: We’ll have twelve to fourteen taps with mostly our stuff. We’ll always have at least one barrel-aged option at all times. For the opening day, we’ll have our Napa Chardonnay barrel-aged saison and La Tête de Démon — a barrel-aged version of our Mon Precieux tripel. We’ll have our regular and barrel-aged version of Arkham’s Finest chocolate stout in StilL 630 rye barrels made with coffee from Kuva Coffee and chocolate from Rick Jordan Chocolatier. The taps will reflect the seasons and how fast we go through stock.

Tell us more about your beer program.

RF: We design every beer to what we like; we don’t design it by a certain style. Originally Beamer wanted to do only Belgian beer, but I was like, “I can’t be part of a brewery that doesn’t have an IPA because I love hops.”

BE: So I was like, fine, you have to be able to brew an IPA that I like, too, because I have to sell it and be 100 percent behind every beer that we’re offering. And we have — Citrapolis is not like anything else on the market. It’s not resinous or super-bitter-bite-your-face-off; it’s super fresh, balanced, and the bitterness that comes from it is almost juicy. It’s super easy to drink compared to its 7 percent ABV.

How does Modern fit within the local beer scene?

BE: We’re bringing other options to styles, like with our IPA. When we started out, I was skeptical about how well we’d be able to sell our IPA or our pale ale because the market is flooded with those. But as long as we’ve been able to make something different than what’s on the market in that particular style category, we can do well. I’ve been pleasantly surprised..

BE: He’s right. I would’ve been screwed without this guy.

The tentative opening date of Modern Brewery's tasting room is set for July, with 12 to 14 taps and 50 or so seats.

The 50-person tasting room will open in the airy garage next to the brewery.