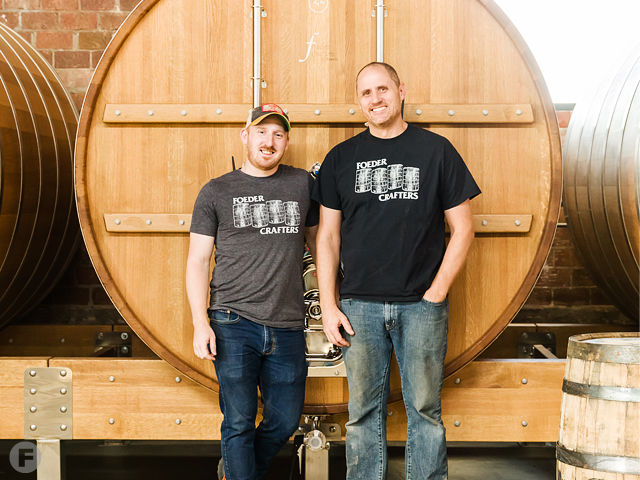 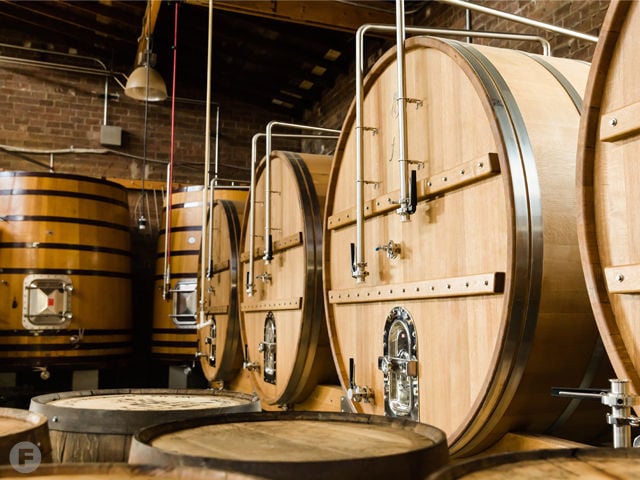 Foeders are giant oak fermentation vessels allow oxygen to slowly enter beer so it matures and develops at a steadier pace compared to smaller barrels.

Foeders are giant oak fermentation vessels allow oxygen to slowly enter beer so it matures and develops at a steadier pace compared to smaller barrels.

Justin Saffell and Matt Walters founded Foeder Crafters of America almost two years ago in O’Fallon, Missouri, making them the first-ever U.S. manufacturers of foeders (pronounced foo-ders). The giant oak fermentation vessels allow oxygen to slowly enter beer so it matures and develops at a steadier pace compared to smaller barrels. Saffell and Walters have been enjoying healthy business thanks to the popularity of craft beers – particularly sour beers – as well as the support of one of their friends and first customers, Cory King of Side Project Brewing in Maplewood, Missouri.

“If Cory likes it, then I think we’re doing a good job,” Saffell says. To wit, Side Project’s upcoming expansion in Maplewood will include seven foeders from Foeder Crafters by the end of the year. Saffell and Walters now supply foeders to 40 states as well as Canada, Australia, Hong Kong and Brazil. This year, the company will produce about 150 foeders, ranging in size from 7 to 250 barrels, plus a dozen coolships (stainless steel vessels for fermenting beer).

How did you two get into business together? I was in corporate and legal services for a while before I started a small brewery [Heavy Riff Brewing Co.] in St. Louis with some partners. That’s where Matt and I met – we designed the bar together at Heavy Riff and had fun working together. There’s no one else I would have propositioned with the idea of starting this business. It was Matt Walters or bust for me.

How did you learn to make foeders? We learned our craft almost entirely by trial and error. We did some computer modeling and lots of experimentation. What makes your foeders unique? We are the only builder of foeders in the U.S. Most are built with French oak, but we use Missouri white oak. We have engineered finger joints into our staves, which provide better stability; we have basically totally Americanized the foeders. From there, we’re open to whatever the brewers want to do – they tell us what they want to do on their first or their fifth batch, if they are going to make an oak-forward stout or old ale first and then use the foeder for a sour. Everything we do is custom made.

What local breweries use your foeders? Side Project Brewing and Heavy Riff Brewing Co. in the St. Louis area; Piney River Brewing Co. in Bucyrus, Missouri; Martin City Brewing Co. in Kansas City; and Wichita Brewing Co. in Wichita, Kansas, are a few. We delivered two foeders to The Schlafly Tap Room in September, as they’re starting their sour-beer program again. Schlafly is the brewery that got me into craft beer in the first place, so we’re excited to be involved with those guys.

Just over a year after first tapping its beer to the public, the Florissant brewery is launching 16-ounce cans.

Valeria is a writer based in St. Louis, Missouri.