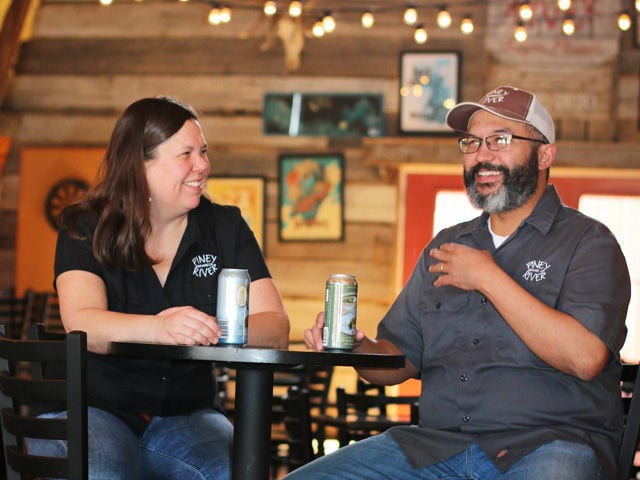 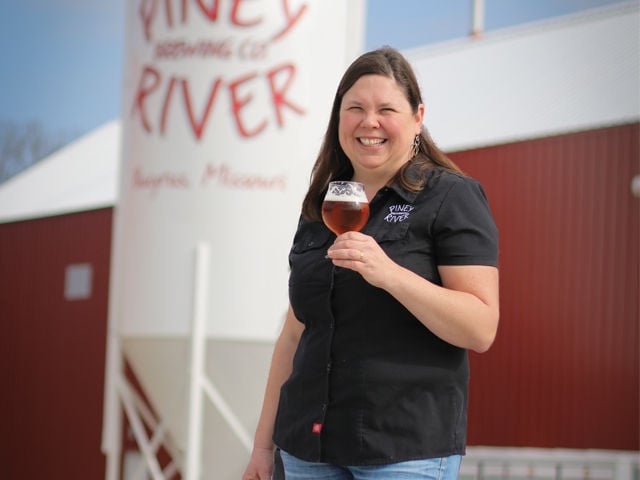 Joleen Durham started as a homebrewer.

Joleen Durham started as a homebrewer.

In the heart of the Ozarks, Joleen and Brian Durham’s microbrewery, Piney River Brewing Co., celebrates rural Missouri with its line of flagship and seasonal brews, including the Missouri Mule IPA and Float Trip Ale. Piney River cans its beer on-site and was the first microbrewery in the state to do so.

The brewery celebrated five years last month with the release of Mule Team imperial IPA. The Durhams, who started as homebrewers, have seen their 80-acre beef cattle farm change a lot in those five years. Their bright-red barn, built in the 1930s with hand-hewn white and red Missouri oak harvested on the property, known as the BARn, features a 4,000-square-foot taproom and deck in its loft.

In mid-February, staff and friends from across the state celebrated the grand opening of its new production facility, which includes a 10,000-barrel brewhouse, new fermentation tanks, a new canning line and more.

What led to the recent expansion? We reached the point where we couldn’t do any more increased production in our original barn facility because we didn’t have a place to put more equipment. Ultimately we decided to stay here because we feel like the farm is part of the Piney River experience. Brian and I felt strongly that the Ozarks are a great place to “capture,” and craft beer is so much about place. We were at maximum production capacity of 1,800 barrels before, which we did for two years, and we estimate maximum capacity now is 10,000 barrels. Our goal for this year is 4,000 barrels.

What does the expansion mean for the brewery? With homebrewing, the creativity factor is huge. After that first year, Brian and I were in full-fledged packaging and production mode, and we didn’t have the tank space to play around and try new things out in the market. Now, in the old brewery, we’re retaining some of the cold side of things [fermentation vessels and a Brite tank], and playing around with some of our beers in wine barrels that will become sour beers, as well as wild-ale fermentation. We have some whiskey barrels for barrel aging our regular beers and some new creations, as well.

What’s the BARn like? We didn’t think people would drive to the middle of nowhere, 2 miles down a gravel road, if we didn’t give them a place to drink beer. We had no idea, however, that it would turn into such a destination. We have a lot of “locals” – those who come from a 60-mile radius – but we also get a huge number of people from St. Louis, Kansas City and Springfield, Missouri, to come spend the day with us. We realized the things we enjoy about living here – being out in the middle of nowhere, drinking a beer, watching the cows graze in pasture, watching deer in the field – are the same reasons people enjoy coming out here, too.

How has distribution increased? We were already in southern and mid-Missouri in Cape Girardeau, Rolla, Springfield, Joplin, Jefferson City, Columbia and throughout. We just got our beer into the St. Louis market in November; we’ll be expanding north of St. Louis and Interstate 70 soon. We’re not yet in Kansas City, so we plan to get there later this year. We firmly believe the best craft beer is local craft beer because it’s fresher – we don’t have any burning desires to send our beers to New York or California.

Did you ever imagine Piney River would grow this much? If you would have said five years ago that we’d have a 12,000-square-foot building and brewhouse and 64-barrel fermentation tanks, I would have said you’ve been drinking too many of our beers. The past five years have been the fastest and most fun that I could have ever possibly imagined. We’re truly living the American dream of having an idea and growing that idea into something successful.