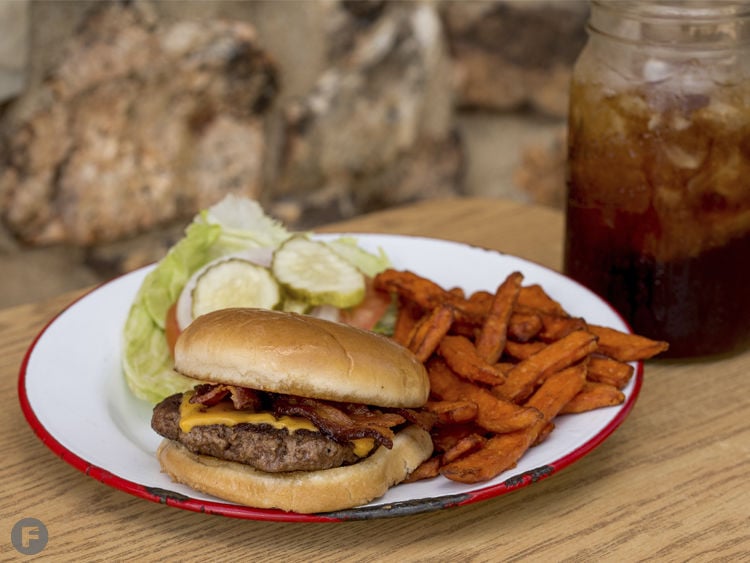 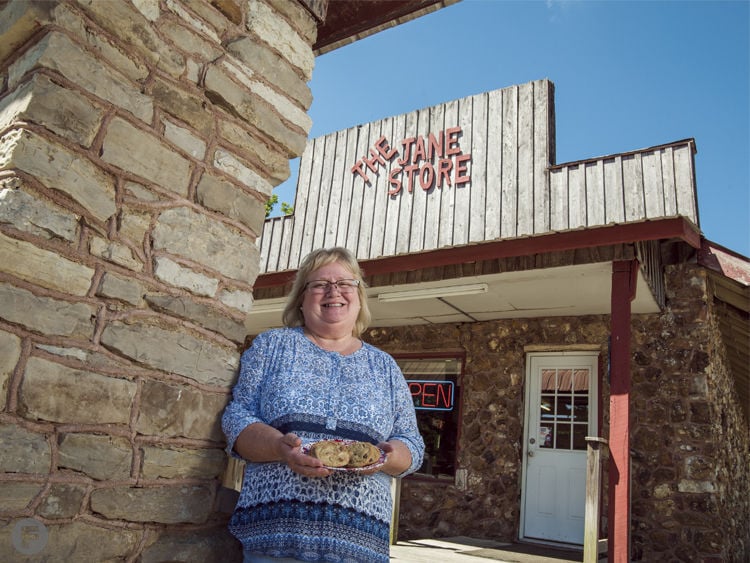 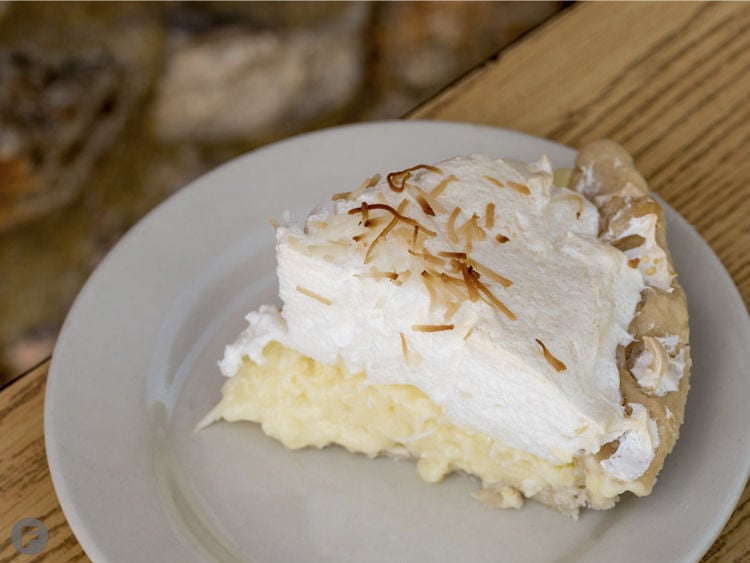 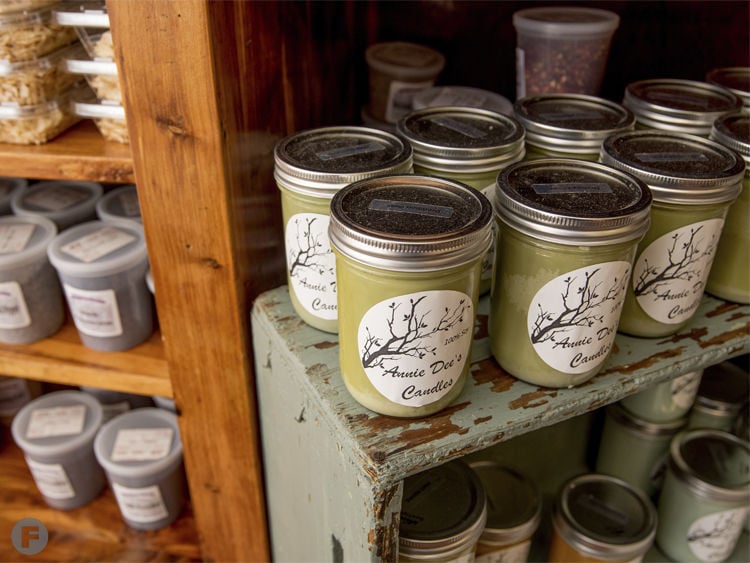 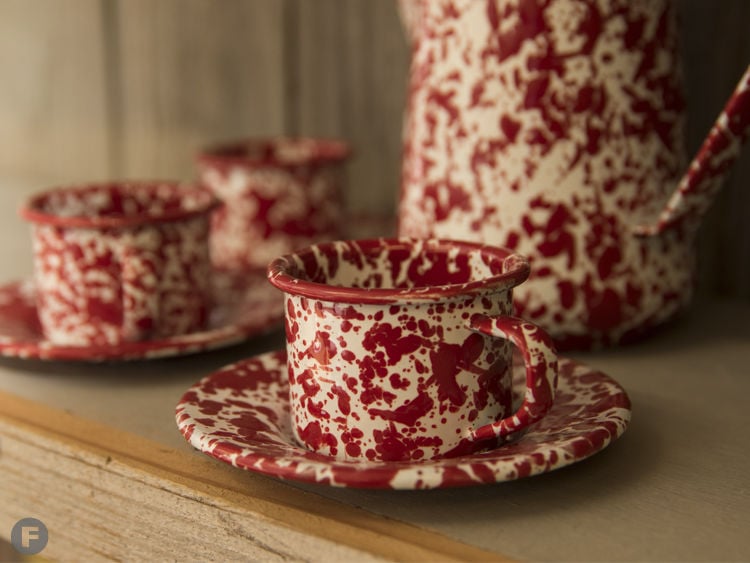 In the heart of Jane, Missouri, with a population hovering around 300, is The Jane Store, a roadside café whose charming hand-painted signs and fieldstone walls honor the not-so-distant past. The walls are lined with old-fashioned candies, spices by the pound, local jam and honey and colorful enamel cookware; in its kitchen, lifetime residents Gayla and Sam Baker have been serving up hearty, homestyle meals since 2011, although the building itself has been around far longer.

Since its construction in 1927, it has housed a general store, a gas station and a flea market. Today, the Bakers have preserved as much of the original space as possible, including the cedar built-ins and front counter, which were crafted by a Jane resident during the 1920s. At humble folding tables, diners feast on down-home meals like biscuits and gravy, chicken-fried steak and giant cinnamon rolls.

Walking into The Jane Store feels like stepping back in time – was that deliberate? What we like for people to say [is], “This is like walking back into Mayberry.” Everybody has a table, and if you don’t have a friend when you walk in, you will when you leave. We serve down-home comfort food, and we like that feel.

What’s on the menu? We do specials Tuesday through Friday, but Friday is always Reuben day. We’re known for them because we make the best ones you’ll ever eat. We cook our meat for about 16 hours, and have a big following of people who come just on Fridays for the Reuben. Everybody says we need to get bigger, we need a bigger building – but if we do that, we can’t make that homemade [style] stuff. It’s comfort food; it’s like your grandmother had. I call my customers by name, because I want them to feel like they’re home, and when you come home, you get home-cooked food.

Tell us about your desserts. [Sam] does the pie crust, the fruit pies and the cinnamon rolls; I do the cookies and the cream pies. We use recipes that my family has made for years, and I share the recipes with people. It doesn’t bother me to do that. The cookies we sell, I’ve been making since I was 8 years old. I do five different kinds: chocolate chip, peanut butter, oatmeal-raisin, snickerdoodles and molasses wrinkles. They’re usually gone by noon. I have one guy [who] rides a motorcycle from Nebraska; he comes here faithfully twice a year for my peanut-butter cookies. If I haven’t got them baked, he'll wait for them. He says they’re a little bit of heaven.

You’ve got some very loyal customers. We have lots of local farmers that come in, and there’s “the table of knowledge” in the mornings. They solve all the world’s problems. If you want to know something, come down to The Jane Store and they’ll know how to fix it. This is a small, old city where everybody knows everybody. People are very community-minded. It’s a friendly place with great people – just a good Ozarks blend.