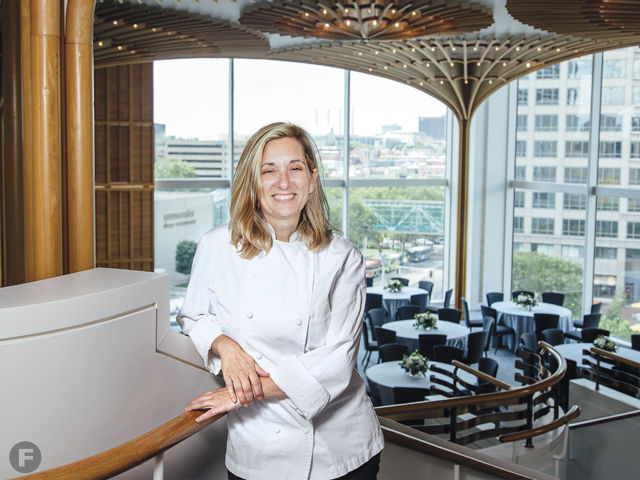 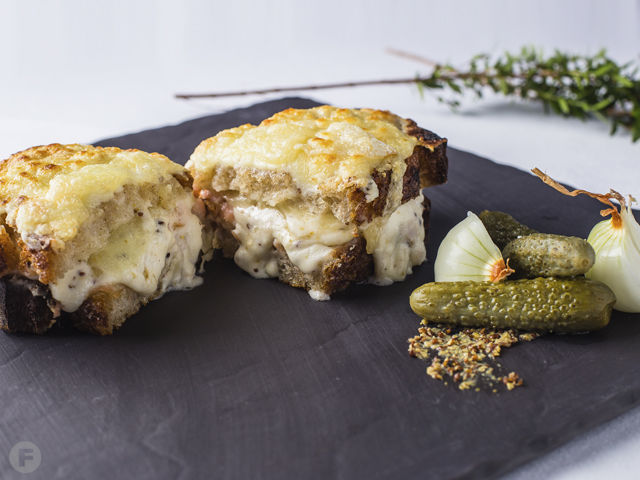 A two-time James Beard Award nominee and Best Chef: Midwest winner, chef Debbie Gold has returned to the kitchen at the storied The American in Crown Center in Kansas City. After closing at the end of 2016, the former full-service restaurant has been transitioning to a special-event space this year.

Gold was officially introduced as The American’s executive chef – her third stint in that kitchen – in May, and has been working to reestablish relationships with vendors, restock the kitchen and hire her own staff. Perhaps most exciting for the upcoming fall and winter seasons will be The American Concepts dinner series featuring local, national and international chefs.

How did you get back to The American? Last year, I went to the James Beard Foundation dinner [at The American] around the end of October. I hadn’t really thought about going, but Nick Wesemann, who was their pastry chef, said it may be the last James Beard Foundation dinner there. And seeing as I started [the dinners], I thought I should go. While I was there, Tom Johnson, who is now the managing director for The American, stopped by to say hello. I’ve known him for a long time – he originally hired me to work at The American. He gave me a call later and he talked about what he would be doing, and what I was doing then, and talked about if there were any ways that we could work together.

How does it feel to have people back in the space? It’s always fun. It’s been a special place, so I’m glad that they’re still making sure that the public can enjoy the space and the restaurant. I love the idea of still doing those special-event dinners; the idea is to do six or more of these special events within the year, whether it's a specialty dinner with a chef or something like the James Beard Foundation dinner, when there were six chefs brought in.

What can diners expect at The American? I like to take everyday foods and give them that wow factor. The fine-dining presentation is fun to play with… I did a croque monsieur, a classic French sandwich, with smoked salmon instead of ham. How do I present that and have it look really good without all of the fuss? There’s a large spectrum, I think: How do I make something appetizing but simple?

What does The American mean to you? When I started, it was already an iconic restaurant. The work of Warren Platner, who was the architect, you had James Beard involved – it’s similar to what Windows on the World looked like [which Platner designed for the World Trade Center], and now that that’s gone, and the tragic way that it was lost – preserving The American and the look it has makes that special. There is so much history to how it started, and how important it was to the Hall family [of Hallmark, who commissioned it], and still is. Since I moved [to Kansas City] – and it’s been more than 20 years now, it was near the beginning of my career – I was able to have the support and the blessing of the reputation I was able to make [at The American]. I want to make sure The American still has all of those feelings.

Chef Debbie Gold Kicks Off Concept Series at The American

This new dinner series will welcome national and international chefs, farmers and winemakers to the storied restaurant.

He took over the executive chef position after Debbie Gold left for Chicago.

Set to open this summer, Blu Hwy is ready to take Kansas City on a culinary road trip across America