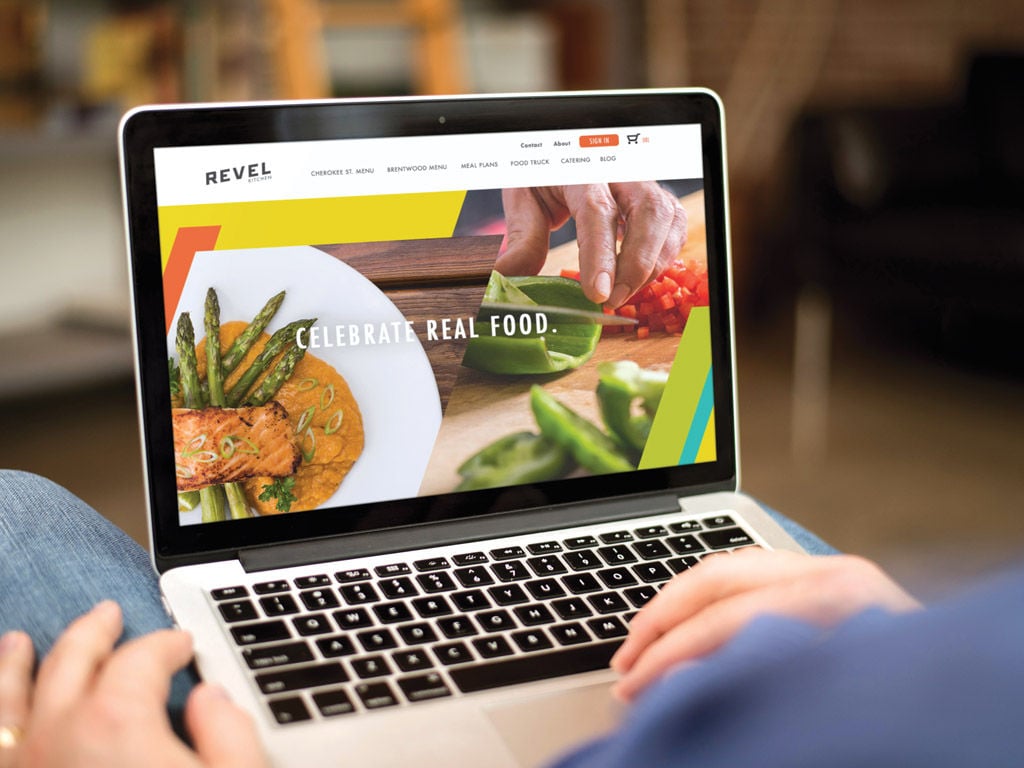 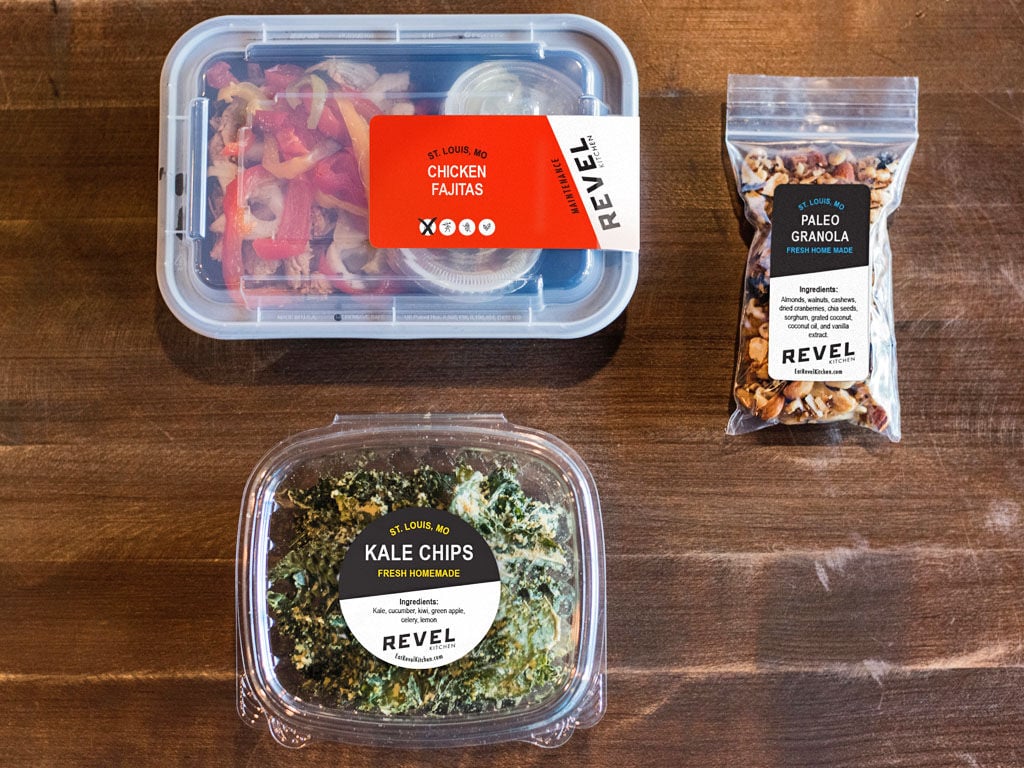 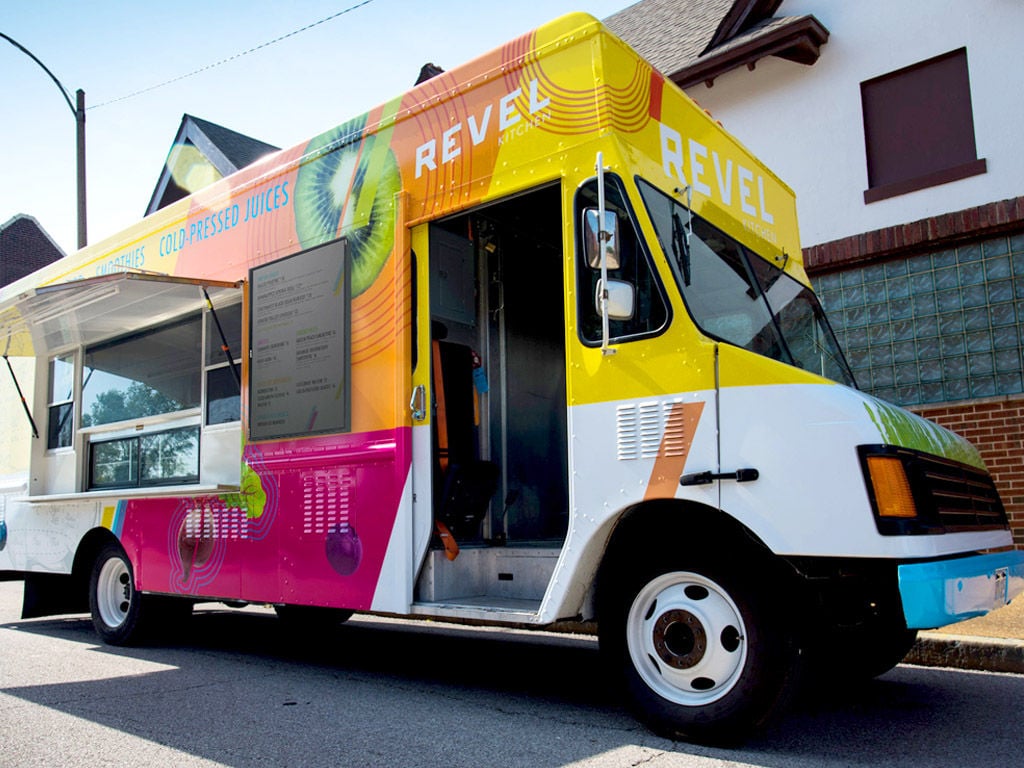 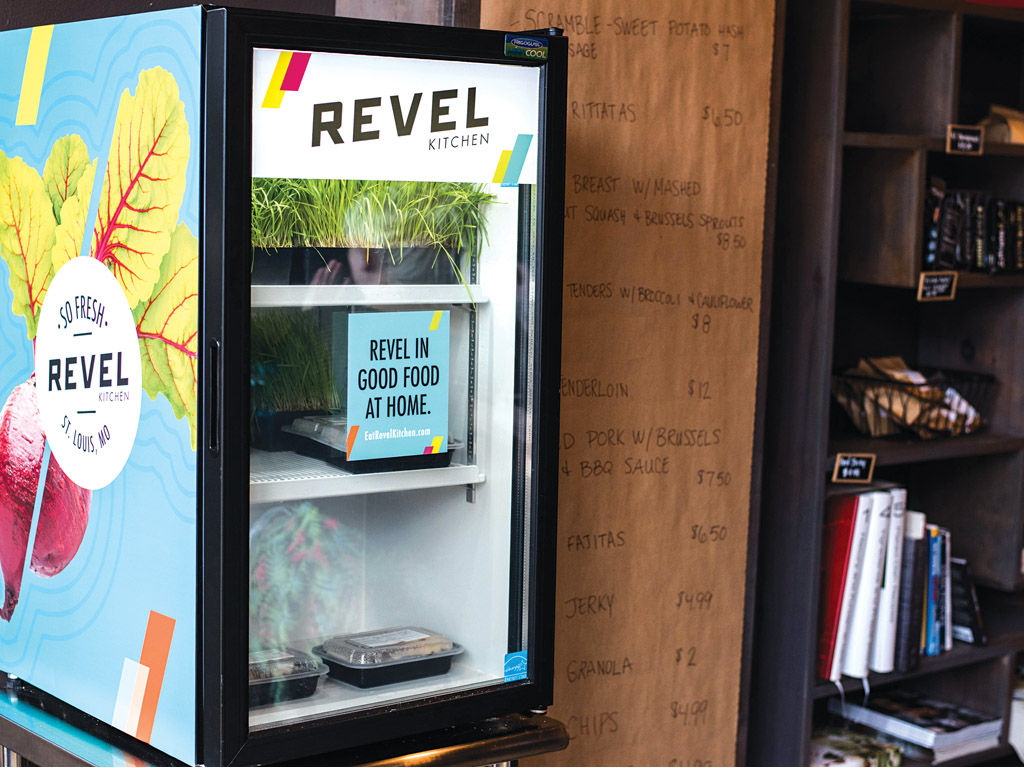 Simon Lusky and his wife, Angelica, had big plans for 2015. The owners of St. Louis-based Athlete Eats, a health-focused prepared-meals service and café, planned to expand their Cherokee Street restaurant, open a second location and roll out a food truck within the year.

With their sights set on expansion, the couple enlisted the help of Atomicdust, a St. Louis branding and marketing firm, to help them establish a brand that could support their rapid growth. A redesigned, more functional website and a fresh, clean look were musts, but soon they debated a more risky move: Should they change the name of the business entirely?

As team chef for the St. Louis Cardinals, Lusky built the Athlete Eats brand on the success of his high-protein, low-carb prepared meals, popular among Cardinals, Blues and Rams players. Athletes had been the foundation of the business so far, to be sure, but they certainly weren’t the only customers anymore. Was the Athlete Eats name limiting its reach?

“At first it was a huge, long debate: ‘Do we get rid of all this equity we’ve built into this brand?’” Lusky says. “Everyone came to the consensus that we had a low ceiling and we needed to rebrand into something that said more clearly who we are. When we started out, athletes were the core of our business, but we had evolved into doing healthy food that tasted good and that was fun.”

In May, the Luskys unveiled their new brand: Revel Kitchen. The Revel Kitchen food truck – covered in vibrant shades of pink, orange, yellow and green – hit the streets. A new sign hung over the entrance to the Cherokee Street café, and bold, bright colors adorned everything from the menus to the refrigerated cases holding packaged bibimbap bowls, zucchini pad thai and fresh-squeezed juices. When the second location opens in Brentwood, Missouri, this spring, the clean, modern space will feature similar pops of color.

“Revel is a really cool word because it has two meanings: to celebrate or to really enjoy something, and that’s our end goal: We want people to celebrate because they’ve reached a goal, whether that’s eating healthier, losing weight or getting more fit, but we also want them to enjoy that process,” Lusky says.

On the heels of a major expansion, the Luskys rebranded their business while it was still relatively young. In Kansas City, The American took a similar leap this summer when it decided to redesign its logo and website. The only difference? The American, perched atop Downtown’s Crown Center, has been considered one of the city’s premier fine-dining restaurants since opening in 1974. The iconic establishment called in Biklops, a local branding agency consisting of two-man team Jeffrey Immer and Ian Tirone, to guide it through the rebranding – or, rather, branding.

“There was never a brand to speak of when it came to The American – nothing holding all of the different American touchstones together,” Tirone says. “They had this bold 1950s-style crest in their lobby, but it wasn’t anywhere else. The website was totally unconsidered. It was almost like working with a brand-new restaurant in that they were totally receptive to what we wanted to do.”

What Biklops wanted was to use subtle design tweaks to unify The American as a brand. The food hasn’t changed, of course, but the diner’s experience – even before setting foot inside the restaurant – has. The website is easy to navigate with a fresh, modern look, featuring clean fonts and striking food photography. The American’s bold new logo plays off 1970s-style typography, nodding to its roots.

“We lucked out because they were very willing to do something new,” Immer says. “The only rule we have is the client should want to try something new. We only run into problems when restaurants feel like they already have an established look and established feel. If your current look is working, you wouldn’t have called us.”

By making the online experience a reflection of the restaurant itself, agencies such as Biklops give diners an idea of what they can expect when they visit in person. At Katie’s Pizza & Pasta Osteria in Rock Hill, Missouri, co-owner Katie Collier is also connecting with diners before they walk in the door. The restaurant has used social media since opening in 2013, but in the past year, Collier has honed in on video marketing on Facebook. Her “From Scratch” video series features short how-to tutorials on Italian dishes that diners can order at the restaurant, including ricotta-stuffed fried squash blossoms, butternut squash gnudi and the restaurant’s much-loved black squid-ink spaghetti. The videos didn’t just fill seats – they also helped Collier land a spot on Esquire Network’s Next Great Burger challenge this past summer.

“It’s really important for us to have an honest brand,” Collier says. “Part of that brand is obviously doing handmade, from-scratch food, and we wanted to share that with our customers through these videos. Our approach is not so much, ‘Come in from 2 to 5 for happy hour,’ but we want to show people who we are and give them tools and information to hopefully inspire them to learn more about cooking. It has helped to build a lot of brand loyalty.”

The videos have bolstered that audience, but the restaurant had a dedicated customer base even before opening its doors. Collier and her husband, Ted, raised funds through Kickstarter to open the restaurant, offering perks like packages of its fresh pasta, five-course dinners and private cooking classes to its backers.

“People felt connected to it – like they were part of an opening, but also a couple’s dreams,” Collier says. “When we saw how that happened, we wanted it to translate to everything we do. Our approach is to touch as many people as we can and make them feel like they’re part of the restaurant.”

Once considered an afterthought, digital branding and marketing is now instrumental to the success of many restaurants. The last impression diners have is of the food, but their first impression of the restaurant – often made in a split second while skimming through a Facebook page or website – is what gets them in the door. A unified brand, engaged social media and a user-friendly website aren’t an added bonus anymore – they’re standards.

“You can immediately tell who hasn’t put the effort in,” Tirone says. “You can’t reserve a table online; there’s no easy way to call or contact; the menu won’t load. If I’m getting ready to go out and spend money on a meal, I’ve got a handful of seconds to make that decision. If I can’t get your website to load or it’s just not a good experience, I’m not going to eat at that restaurant. It’s becoming so important, and restaurants are starting to realize that – their online game has to be top-notch; just making delicious food isn’t enough anymore.”

The restaurant industry is in crisis. How can we not only save it – but make it stronger?

This Valentine's Day, impress your sweetheart with one of these Missouri-made chocolate bars