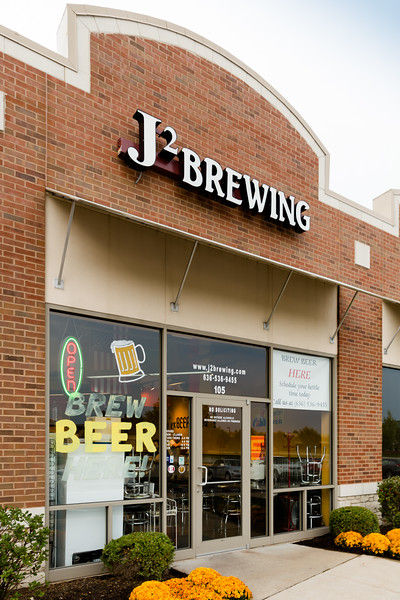 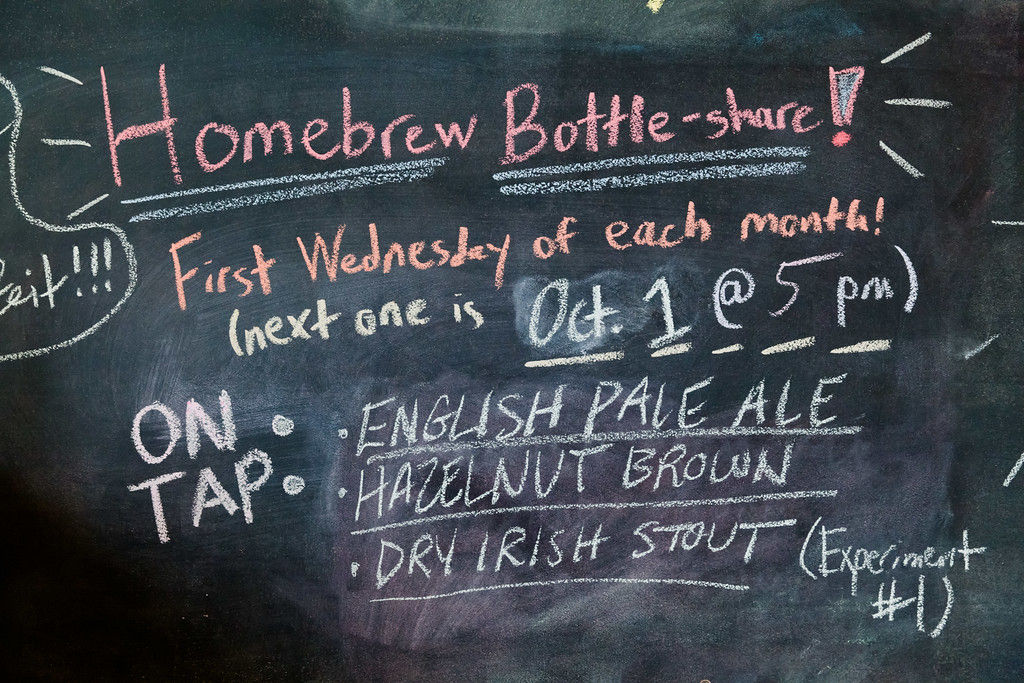 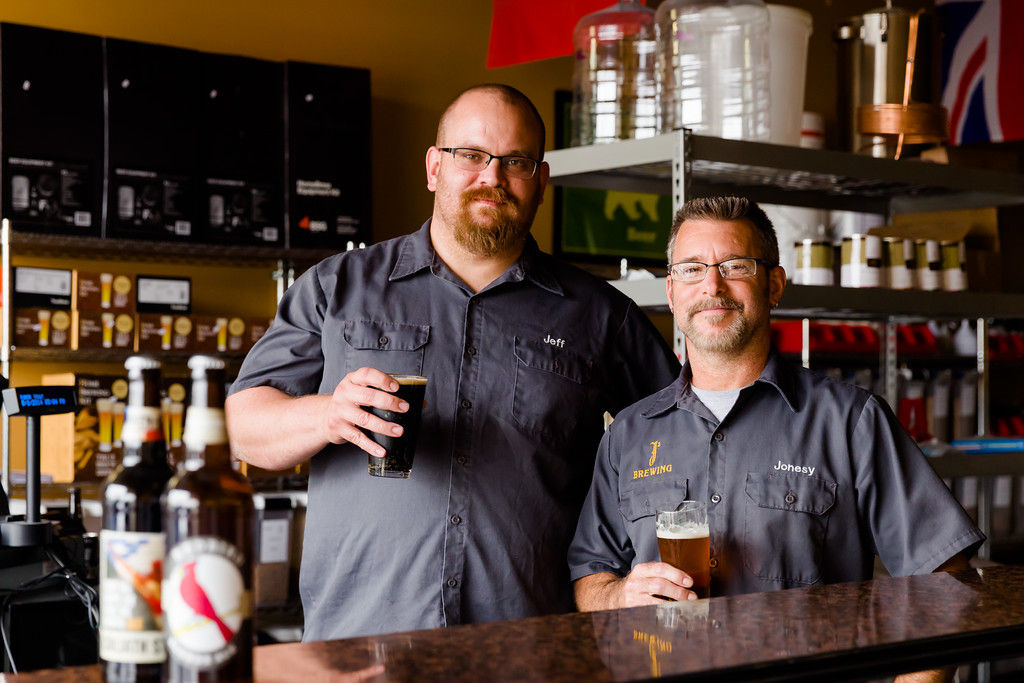 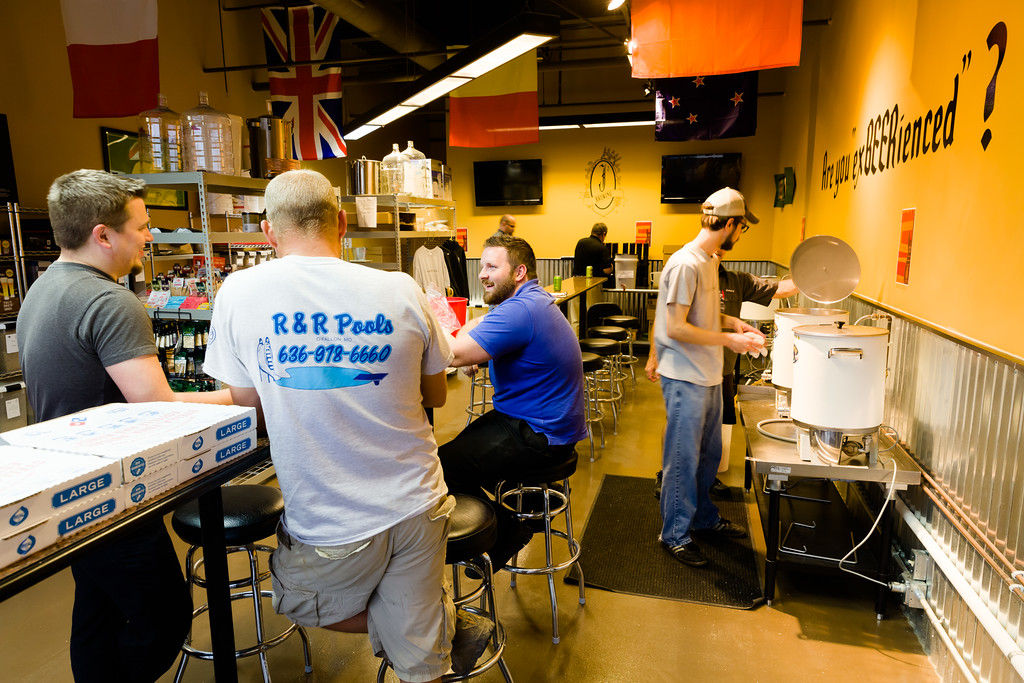 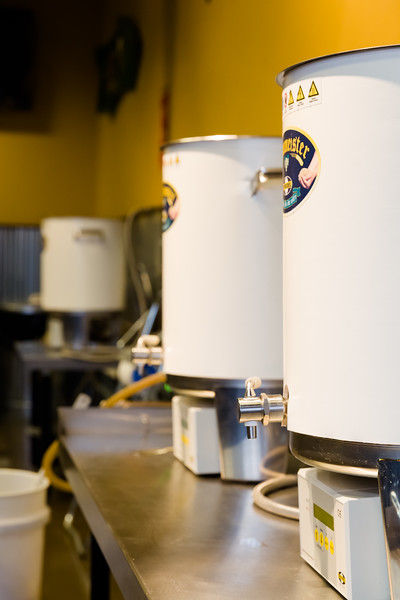 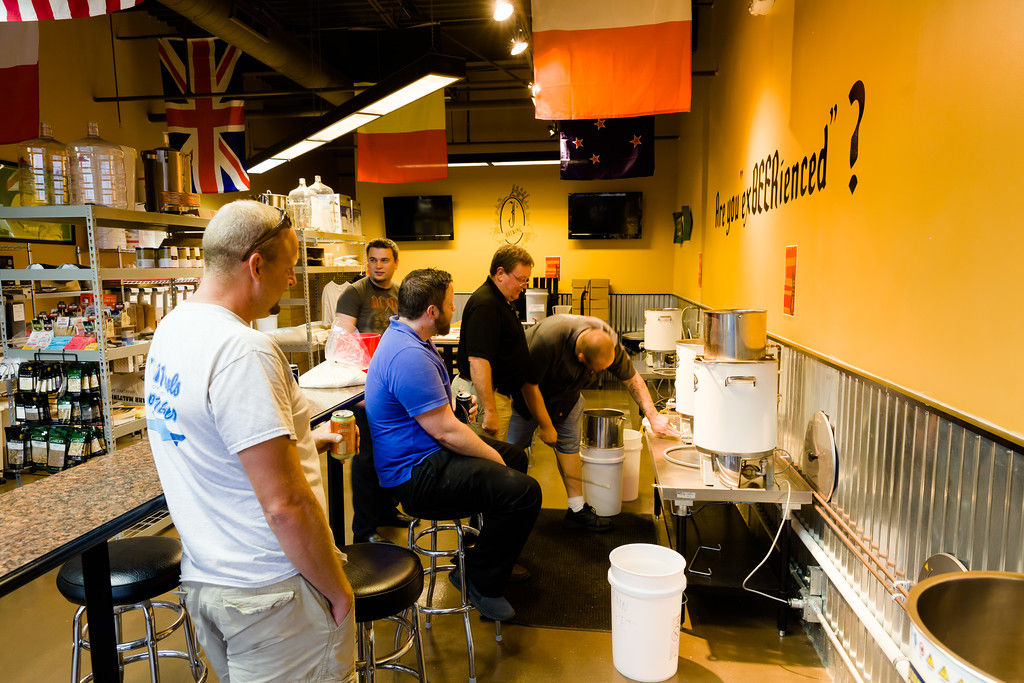 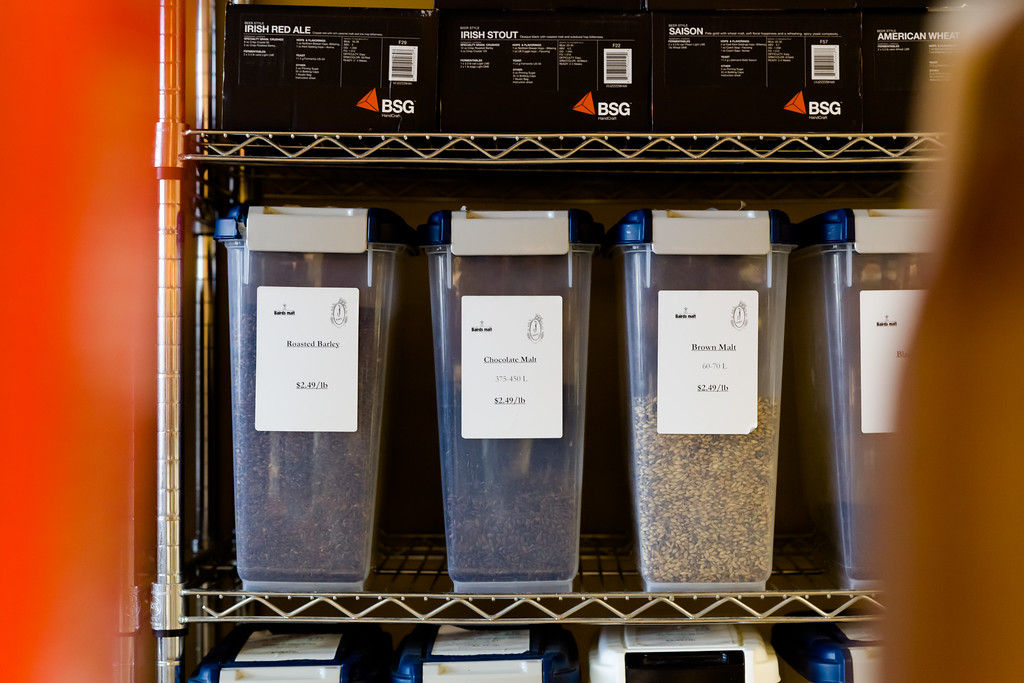 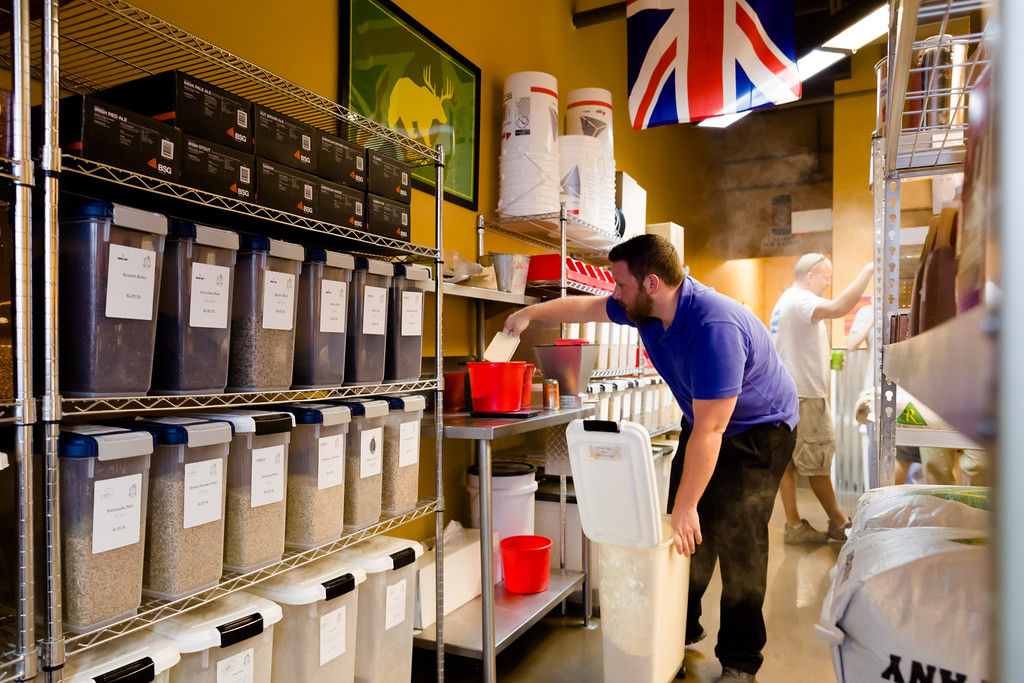 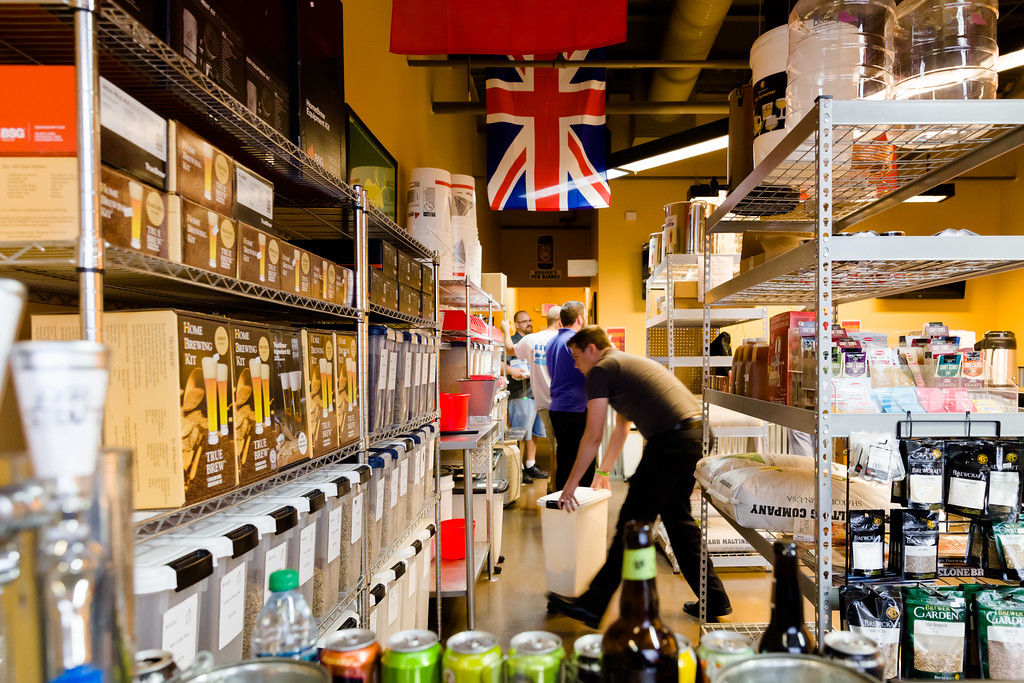 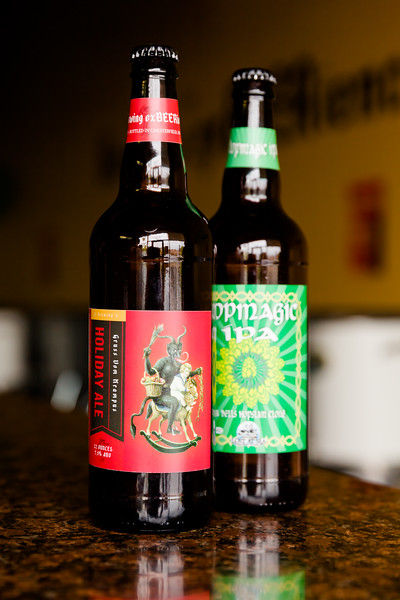 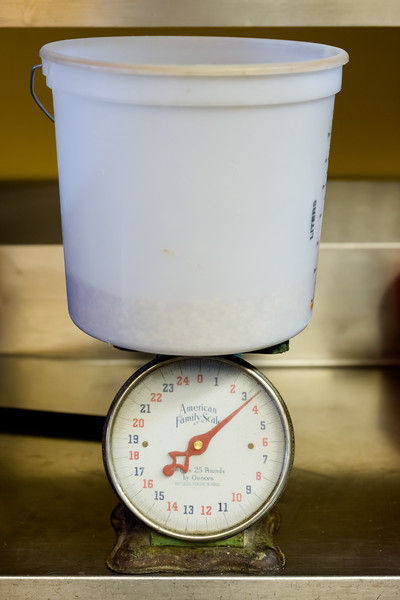 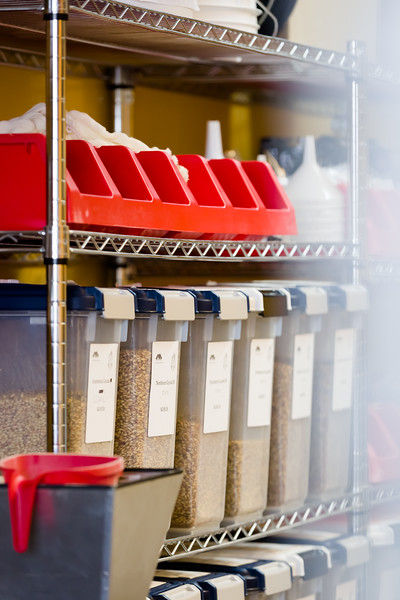 Pals and co-workers Jeff Jones and Jeff Harlan still put in 40-odd hours as aircraft mechanics, even as their Chesterfield home brewing storefront, J2 Brewing, is really starting to take off. The shop offers beer enthusiasts hands-on brewing sessions on-site and a retail store that’s stocked with everything the hobbyist needs to set up brewing at home.

The buds bonded over suds several years ago, putting their heads together on a variety of home brews and private Oktoberfest-style parties during which they shared their beer with friends and family. Eventually, the two competed – and won a number of medals – in American Homebrewers Association competitions. “We kind of developed a little cult following,” Jones says. Harlan adds: “We’d been into it for three or four years and started tossing around ideas about making a job of it. We did some research and discovered there were [no brew-on-premises operations] in the area, and the ones that existed [in Kansas City, Kansas, and Peoria, Illinois] were extremely booked up.”

J2’s guided brewing “exBEERience” starts at $99 per kettle (up to four customers per kettle) for five gallons of basic ale and includes one-on-one, step-by-step instruction on the brewing process. Customers can upgrade to Premium and Ultimate packages, or arrange for a custom brew session, for an additional fee. Jones contends a group brew session is ideal for corporate team-building, a unique anniversary gift, bachelor/bachelorette parties or a 21st birthday celebration, of course.

“They come in and choose a recipe and we give them a brief but thorough overview of the process and what beers are made of,” Jones says. “It’s about three to three-and-a-half hours, and they get whatever out of it that they want to. We’re up for giving them all the information they want.” Each session includes instruction on sanitation, use of the Braumeister electric brewing system, fermentation and other basics of home brewing. Two to three weeks after the initial brewing session, customer come in to bottle and label their product (yes, customizable labels, caps and coasters are also available!).

Harlan says that, in addition to offering Missouri home brewers a resource that doesn’t require them to cross state lines for instruction or supplies, he and Jones are adamant about doing it reasonably. Their retail store carries a wide range of brewing equipment, grains, hops and yeast, and the two Jeffs will gladly track down any items that aren't currently in stock, all at the lowest price they can manage. “We don’t do price matching; we do price-beating,” Harlan says. “We were home brewers and we got really irritated with price-gauging. When we started up, we decided we wanted to give something back to the home brewing community. We wanted people to be able to afford to enjoy the hobby.”

Business hours are Tuesday to Thursday 4 to 8pm, Friday 4 to 9pm, Saturday 10am to 9pm and Sunday 11am to 4pm. J2 Brewing’s calendar of events is a work in progress, but Harlan says home brewers can expect an Oktoberfest that’s “bigger, badder, better” than the private socials they’ve held in the past.