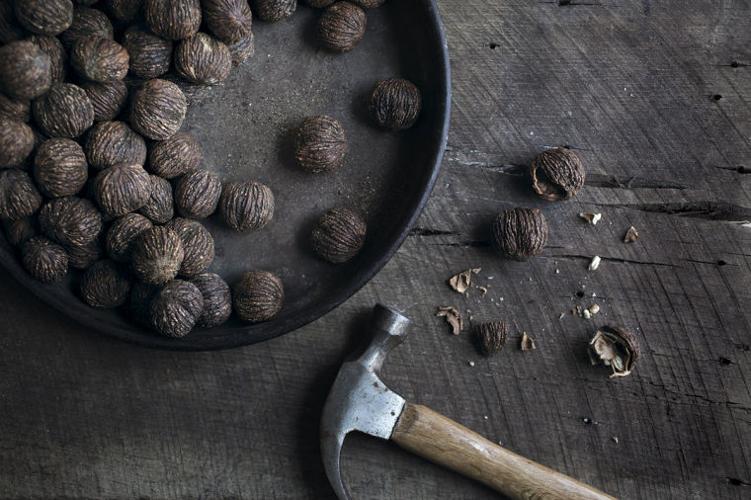 Though black walnuts might be an acquired taste, Missouri’s official state nut offers more pros than cons. Experience them for yourself, try them in a recipe and remain open-minded. 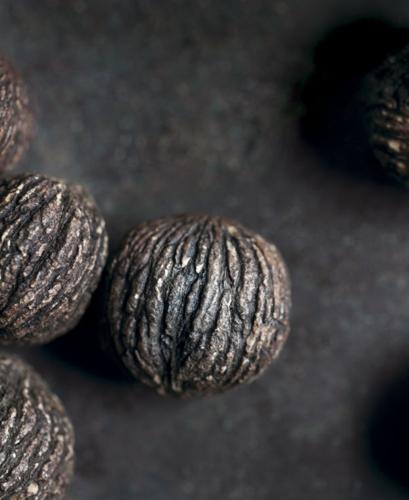 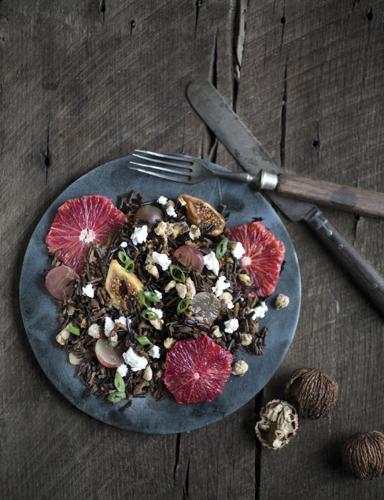 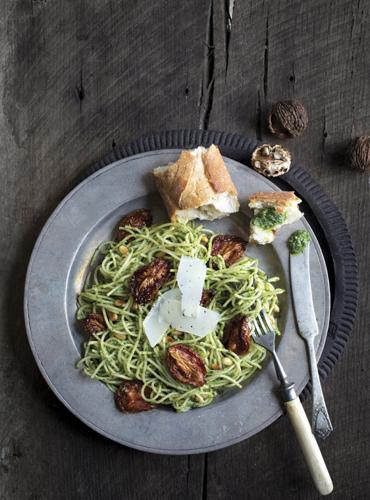 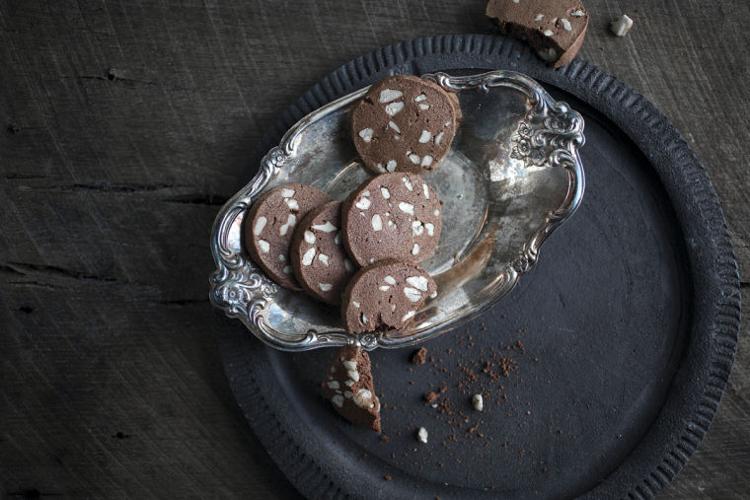 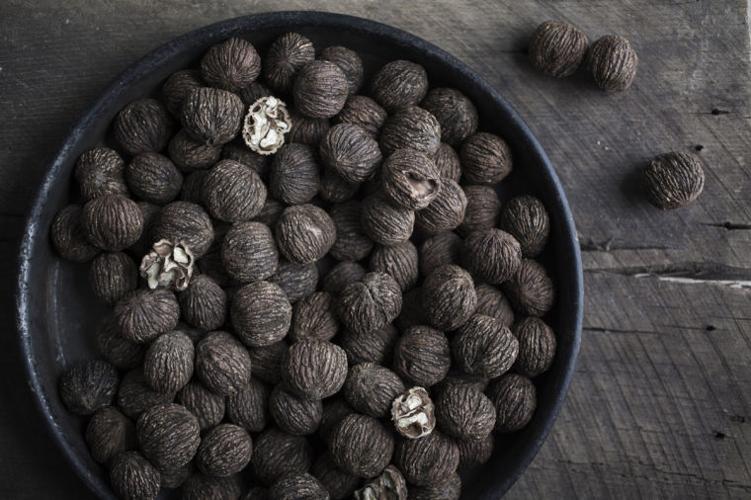 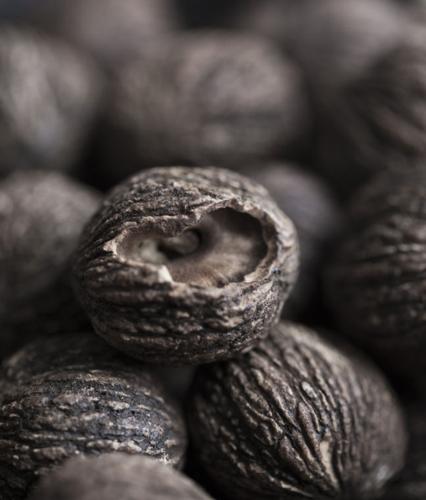 Black walnuts seem to enjoy staying off the radar. Used in an alarmingly small amount of recipes and often absent from supermarket shelves outside the Midwest, they remain a mystery to most of the world. Why do they take a backseat to the more common pecan or English walnut? Perhaps because the uniquely flavored fruit of the black walnut tree doesn’t have much working in its favor.

Hear the words “black walnut” and you’ll most likely call to mind the actual tree rather than the nut itself. Prized for its lightweight, finely grained, sturdy wood that resists warping, splintering and rot, black walnut trees have been used throughout the centuries for furniture, railroad ties, fences and gun-stock material. Today, black walnut timber is heralded as one of the great North American hardwoods, while the fruit it bears still languishes in relative obscurity.

It could be the fruit itself that is off-putting: They exemplify the phrase “tough nut to crack.” Surrounded by an outer husk eerily similar in size and color to a dirty, waterlogged tennis ball, black walnuts are unattractive, to say the least. We’ve all seen them, whether you know it or not: They stand at the edges of playgrounds in the wet winter months, rolling about, ignored by passersby, not looking the slightest bit appealing.

You can’t just throw them into the mixed nuts along with a nutcracker at parties, either – they are not an easy-access nut. Black walnuts require several rounds of peeling, drying and cracking, all of which is done at your own peril; the husk contains a chemical known to cause skin irritation and blisters, and their exceedingly strong shells require several assertive whacks with a hammer before they break open, revealing pieces of nut meat inside, which you’ll most likely need a special tool to unearth.

Does that sound like a project you want to take on? Probably not. Although many people have and still do enjoy them – talk to older generations and they might recall fond memories of cracking black walnuts around the table or in front of the fire as children. In fact, many Midwesterners need look no further than their own backyards and nearby parks for black walnut trees. Scads of small farms grow and sell them direct to consumers, and Missouri is home to the largest processor and distributor of black walnuts in the world, Hammons Black Walnuts in Stockton, Mo., which means we have access to them at any time.

It also means we should be using them more often than we do. One of the healthiest nuts of the bunch, they contain lots of unsaturated fat (the “good” kind) and are loaded with protein, vitamins and minerals. Black walnuts smell and taste like the soil they thrive in: rich, dark and damp. One whiff of them and you’ll swear you’re in the depths of one of the ubiquitous haunted forests found in Disney films. They call to mind murky old photos stored forever in the attic, and at first, it’s difficult to imagine them being pleasant to eat or cook with.

To my surprise, black walnuts are quite versatile. They work in both sweet and savory applications, and although their flavor is assertive, you can manipulate their earthiness in a variety of ways. Often overlooked (or dismissed outright), black walnuts can add unexpected dimension to salads, sauces and baked goods, and both sweet and savory recipes benefit from their unique flavor. Pair black walnuts with fruit and you get an earthy contrast to their sun-kissed freshness: figs sweeten, grapes snap, bananas mellow and oranges brighten. Spin black walnuts into a pesto with lemony parsley and you have a vibrant, sunny herb modulated to fit in with the spirit of winter. Chocolate and cheese, by contrast, let the bold flavor of the nut flow; chocolate and espresso encourage its earthiness, while pungent cheeses such as chèvre and Maytag add their own sharp sourness to the mix.

Though black walnuts might be an acquired taste, Missouri’s official state nut offers more pros than cons. To know the black walnut is to accept its perceived flaws and to not judge it by its slightly musty odor or the grueling task of getting to the good stuff inside. If you don’t think you like black walnuts, give them a second (or possibly first) chance. Experience them for yourself, try them in a recipe and remain open-minded; there’s a good chance you’ll like them much more than you thought, and you might even throw them into regular rotation.

Though black walnuts might be an acquired taste, Missouri’s official state nut offers more pros than cons. Experience them for yourself, try them in a recipe and remain open-minded.