As a kid, no matter where I was or what I was doing, the aroma of hot and fresh cornbread wafting through the thick Louisiana air was all I needed to be coaxed to the dinner table. Served alongside a heaping pot of red beans and rice or collard greens with ham hocks, I would often save the cornbread for last, wrapping it in a napkin and sneaking it back to my bedroom to devour it alone, all the while pretending it was an indulgent slice of cake – and it certainly wasn’t far off.

Cornbread is considered a staple in many Southern homes, and everyone has an opinion on it. Is it sweet, or is it savory? Do you add sugar or molasses? Should you add actual corn kernels, cheese, peppers or even bacon? It can be confusing. Throw in all of the cornbread derivatives – from hush puppies and johnnycakes to cornpone and, dare I say, coush coush, a Creole version of polenta – and you’ve got a real debate on your hands.

It’s not often that I draw a line in the sand and make absolute distinctions between different styles of pastries, desserts and baked treats and which is best or correct, but when it comes to cornbread, I definitely have an opinion. Throughout history there have been many famous rivalries: the Hatfields and the McCoys, The Notorious B.I.G. and 2Pac, and yes, Northern cornbread versus Southern cornbread. Never has one debate taken up so much of my attention and time as this specific culinary controversy.

A quick Google search will tell you that Southern cornbread is oftentimes devoid of any sugar, while its Northern counterpart is light, sweet, buttery and cakelike. Well, I’m here to tell you that that’s a bunch of bologna. I have never been to a home in the South where sweet cornbread wasn’t served – it’s blasphemy! (And I’m not talking about in Texas, where cornbread is often made with chile peppers and onions; that’s a whole other ballgame.)

You’re probably thinking, "Well if we can’t trust Google, how on earth will we ever know the difference?" I’ve done quite a lot of cornbread research and recipe development over the years – most recently at my bakery, La Patisserie Chouquette, and at Old Standard Fried Chicken, both in St. Louis, where I developed two cornbread recipes – one for Yankee Cornbread (or, Northern-inspired) and the other for Real Cornbread (Southern-inspired, naturally).

In addition to the two varieties served at Old Standard Fried Chicken, I prepare and sell my grandma Bernice’s cornbread at Chouquette. My grandma couldn’t cook to save her life – in fact, my grandpa Charlie would return home each evening from a hard day’s work and begin preparing his own meals, as he refused to take a chance on her cooking – but cornbread was the exception. Grandma Bernice’s cornbread was magical. She would combine the brightest yellow cornmeal (delivered to her front door on the back of a fresh seafood truck) and the softest flour with eggs, sugar, milk, baking powder and bacon grease, which she kept in a metal tin on top of the oven. She never measured anything and mixed every bit with her bare hands. We make a version of her cornbread with smoked bacon and Cheddar. It’s available daily at the bakery, and we also sell the frozen batter so customers can bake it themselves at home.

Find out, once and for all, which version you prefer (or let dinner guests duke it out) by making Yankee cornbread and Southern cornbread, as well as my takes on three popular cornbread variations – johnnycakes, zucchini-corn fritters and jalapeño-Cheddar spoon bread – a version of cornbread similar to bread pudding.

Baking time varies based on your oven and the bakeware you use. Cornbread typically takes 30 to 40 minutes to bake. Bake until a toothpick can be inserted and removed dry.

In a small bowl, combine cornmeal and milk; let stand for 5 minutes.

In a separate bowl, whisk together all remaining ingredients. Add cornmeal mixture to bowl and whisk until all ingredients are thoroughly combined. Pour batter into prepared pan and bake until cornbread is golden and firm to the touch, about 30 to 40 minutes. Remove from oven and serve warm.

Baking time varies based on your oven and the bakeware you use. Cornbread typically takes 30 to 40 minutes to bake. Bake until a toothpick can be inserted and removed dry.

In a large bowl, whisk flour with cornmeal and set aside.

In a separate bowl, combine eggs, sugar, oil, baking soda, salt and baking powder. Pour batter into flour mixture and whisk just until flour disappears. Pour batter into prepared pan and transfer to oven. Bake until a toothpick can be inserted and removed with large, soft crumbs, about 30 to 40 minutes.

Remove cornbread from oven and brush with melted butter while still warm. Serve.

| Preparation | In a medium bowl, whisk together buttermilk and cornmeal.

Coat a nonstick skillet or griddle with bacon fat and preheat to medium heat. In a bowl, whisk together flour, baking powder, baking soda and salt. In cornmeal mixture, stir in sugar, eggs, oil and applesauce. Gently whisk in flour mixture and stir just until combined. Add corn. Batter should be slightly lumpy. Pour ¼ cup mixture onto preheated griddle. Flip pancake when bubbles start to appear on surface and bottom is golden. Cook opposite side until golden. Repeat until batter is gone. Serve warm.

In a medium saucepan, add milk and bring to a boil. Whisk in cornmeal and salt and continue to whisk until mixture thickens. Remove from heat and stir in cheese, garlic, jalapeños and 2 Tbsp butter. Continue to stir until most of the steam has escaped from mixture. Beat in eggs, 1 at a time, until fully incorporated. Add pepper.

Pour mixture into prepared baking dish. Melt remaining Tbsp butter and brush over top. Bake for 30 to 35 minutes or until just set in the middle. Scoop and serve warm.

In a small bowl, whisk together eggs, milk and butter. Whisk wet ingredients into dry ingredients. Stir in zucchini, corn and cheese; mix well. Over medium-high heat, warm oil in a cast-iron skillet. Prepare a paper towel-lined plate. Drop batter by the Tbsp into hot oil. Fry until crisp and brown and remove to plate to cool. Serve.

A cross between giant, light-as-air donut holes and tender, spiced cake, these heavenly puffs are blanketed in cinnamon sugar.

Suya spice just might be your new favorite spice blend

How to make the most of your food processor

Food processors can slice or shred cheese and vegetables; pulverize nuts into butter or flour; emulsify dressings, pesto or aïoli; grind sugar down to a superfine texture; and even make cookie, tart or pie dough with ease.

This low-alcohol hot cocktail spotlights any amaro you want. 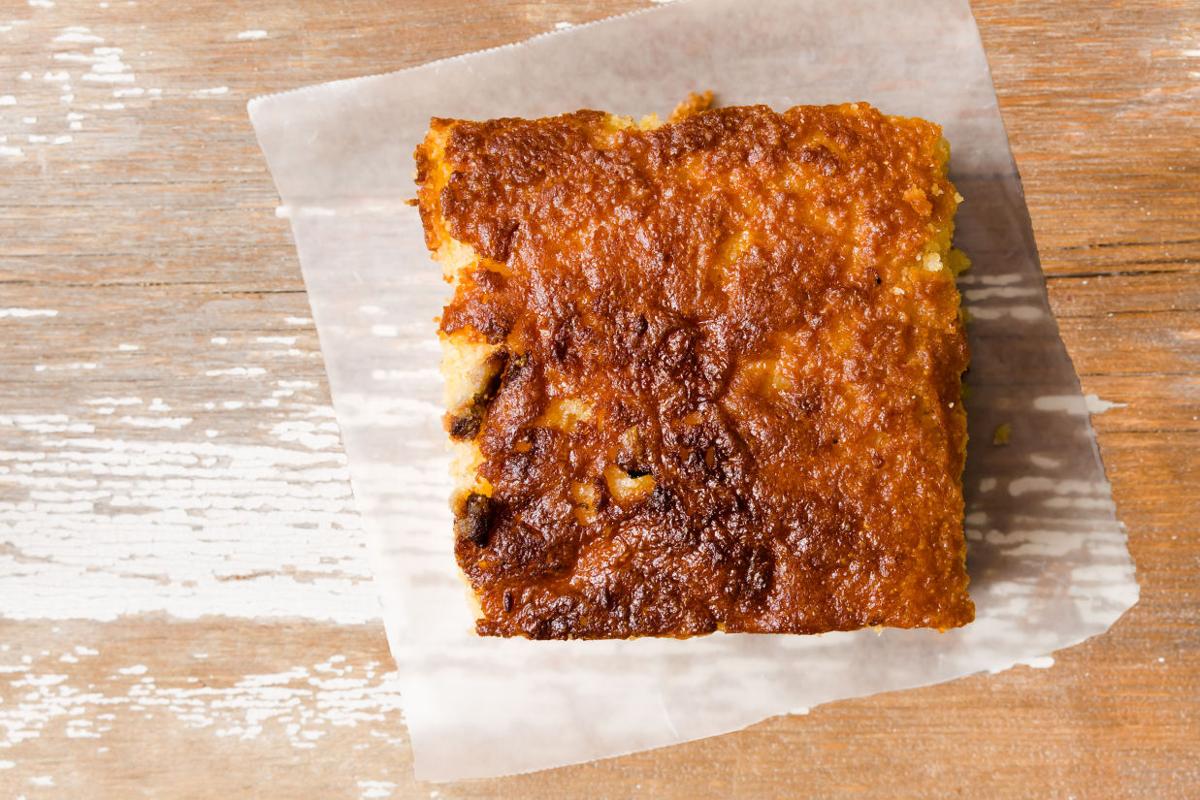 Northern cornbread isn’t very sweet and is made with fewer eggs and yellow cornmeal to achieve a crumbly texture. 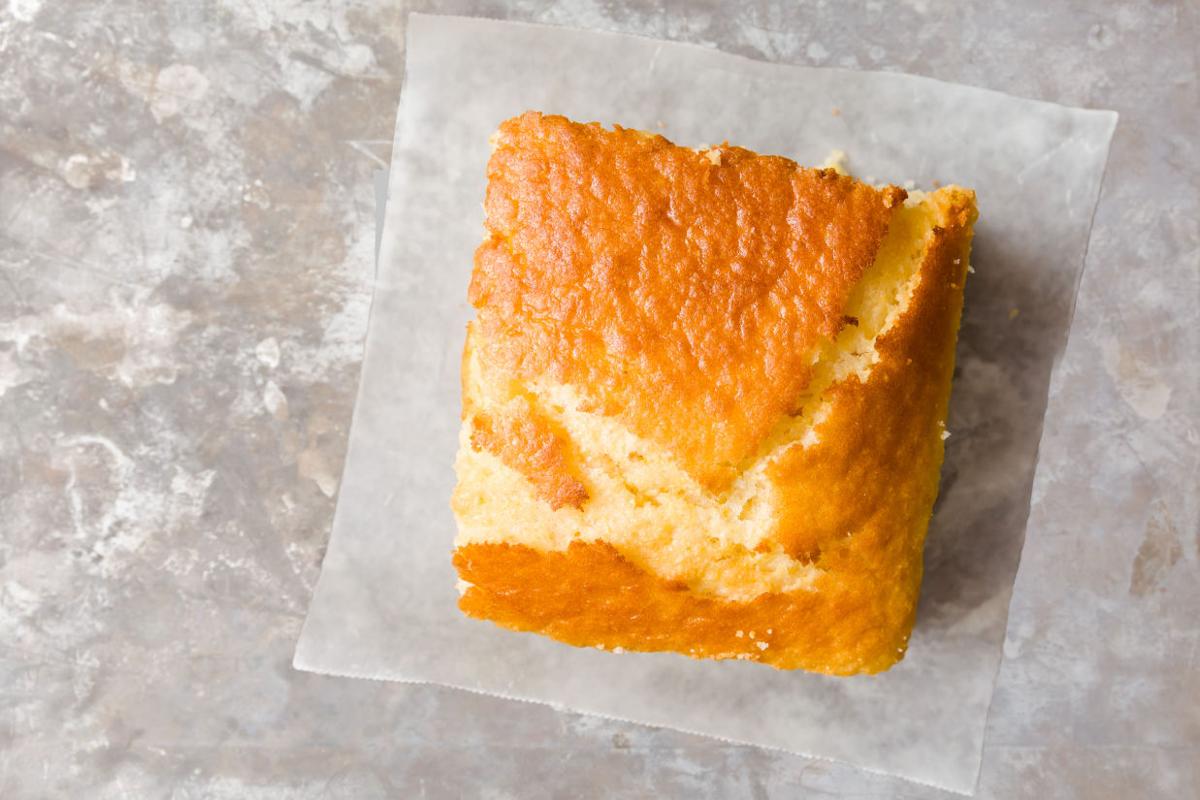 Southern-style cornbread can be made with white or yellow cornmeal, has a buttery finish and calls for more eggs, which produces a cakelike texture.