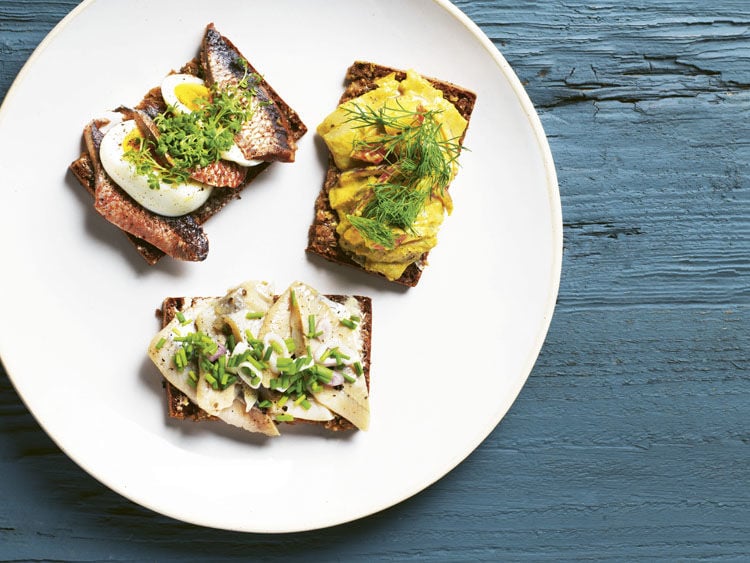 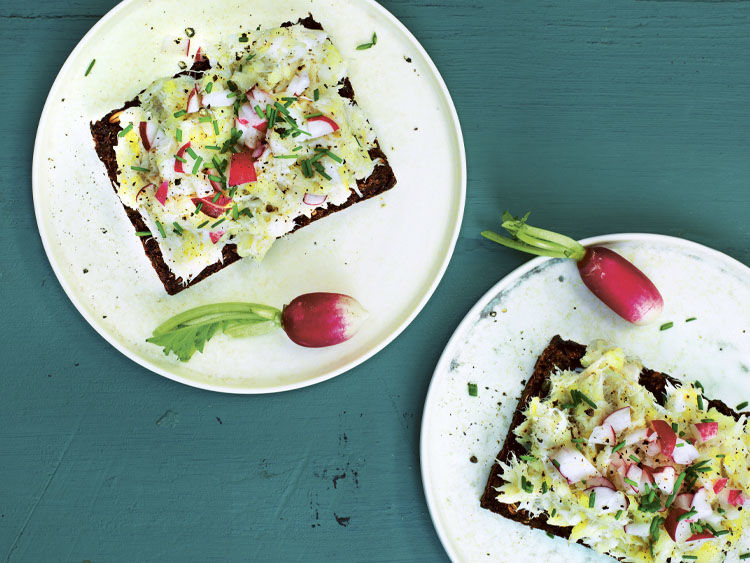 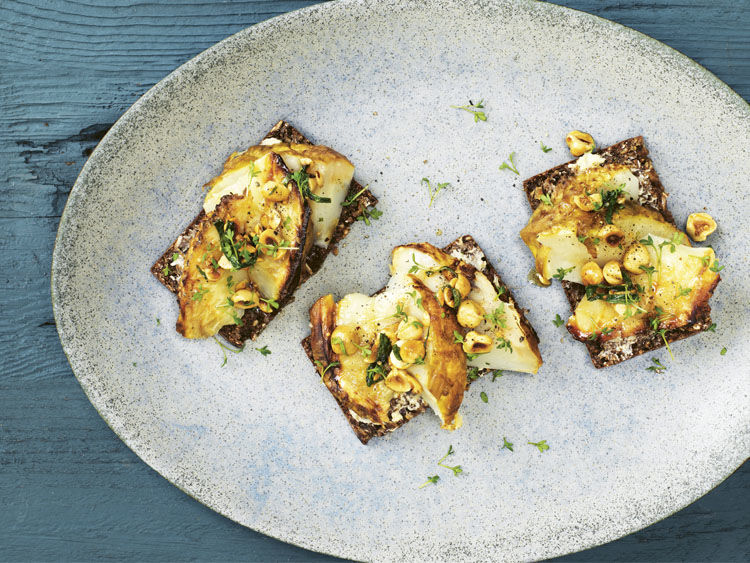 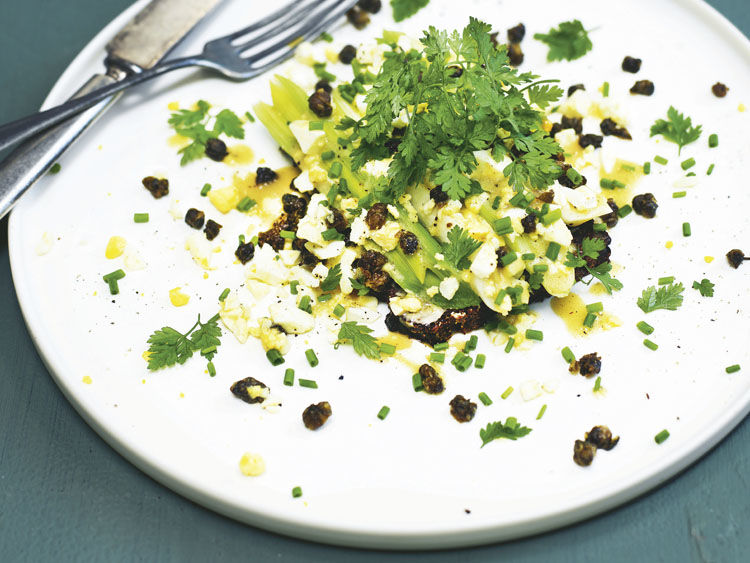 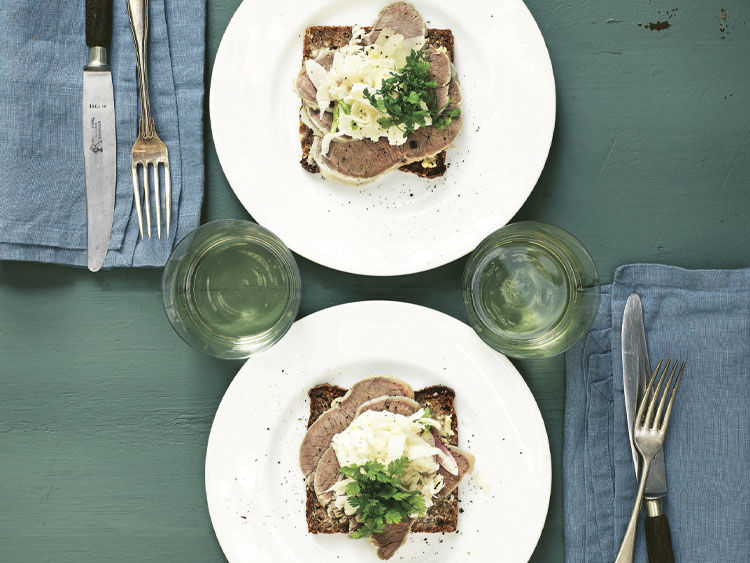 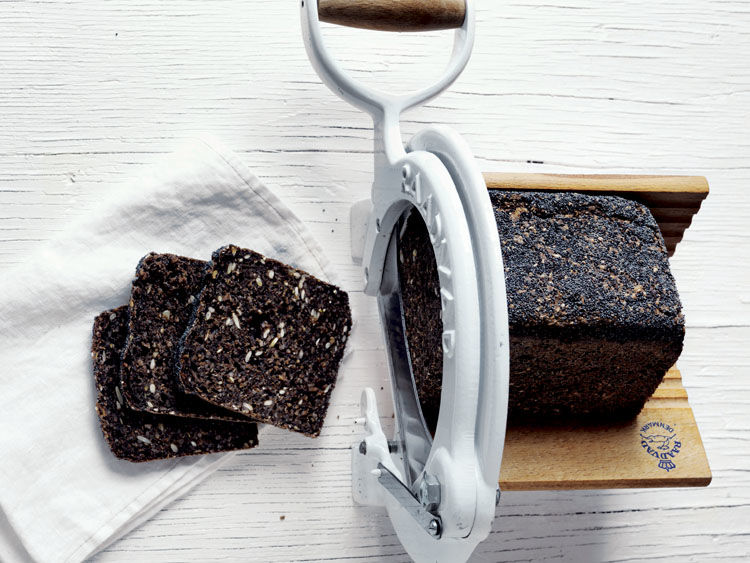 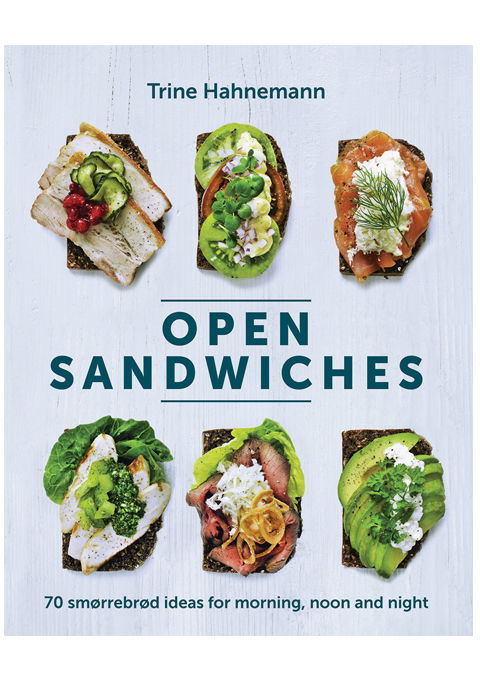 Trine Hahnemann is the author of Open Sandwiches: 70 Smørrebrød Ideas for Morning, Noon and Night.

The open-faced sandwiches are native to Denmark and popular throughout Scandinavia. Smørrebrød typically refers to buttered Danish rye bread, which is denser than most American or German varieties, topped with a range of ingredients called pålæg, including cold cuts and other meats, fish, vegetables, cheeses or spreads. The sandwiches are usually easy to assemble; they’ve been an inexpensive and unfussy lunch in Denmark since at least the late 19th century. Here, Danish writer and recipe developer Trine Hahnemann walks us through how to master the art of smørrebrød at home with recipes in three easy steps.

Smørrebrød starts with the bread. Hahnemann's recipe for malted rye bread with mixed seeds from her cookbook, Scandinavian Baking, takes about four days to prepare, yet it's incredibly easy, even if this is your first time baking bread at home. This thin dough cannot be kneaded with your hands, which makes it a little less work than some bread doughs. The bread is lovely when freshly baked, but difficult to cut; the day after you bake it, the bread will be easier to slice.

If you’d prefer to give smørrebrød a spin before making rye bread from scratch, stop in one of these local markets that specialize in European groceries, including some fresh baked breads and shelf-stable Scandinavian goods for toppings, as well as other imported eats.

The second step in assembling open-faced smørrebrød sandwiches is buttering your bread: In fact, the word itself refers to butter (smør) and bread (brød). If you’re making true smørrebrød, a liberal layer of rich and creamy butter or other fatty spread (think foie gras or pâté) should be applied to bread before adding your toppings. A rich European butter such as Danish Lurpak, which is made with a higher butterfat content than most American butters, is ideal. And if it seems like we skipped a step here, we didn’t: Most smørrebrød is served on untoasted Danish rye bread.

In Denmark, one of the most popular proteins for smørrebrød is herring, served fried, boiled or pickled on with a range of other sharp, pungent ingredients such as chives, radishes and onions. Other common toppings include shrimp, beets and salmon gravlax.

In Hahnemann's cookbook Open Sandwiches: 70 Smørrebrød Ideas for Morning, Noon and Night, she shares recipes for both classic and nontraditional sandwiches. She begins by detailing one of the simplest recipes for smørrebrød: buttered rye bread topped with creamy mayonnaise, tomato slices for some sweetness and acidity and hard-boiled eggs for extra richness, with just a little salt, freshly ground black pepper and watercress for garnish.

Given Hahnemann's expertise, we asked her to share five recipes for making smørrebrød at home. Once you’ve assembled your smørrebrød, whatever the toppings, eat the meal as the Danish do: using a knife and fork to ensure it all stays together on the plate.

This recipe for classic Danish rye is softer than some varieties and includes more seeds.

This recipe makes use of dinner leftovers.

This open sandwich is inspired by the flavors of brandade.

Try it plain, curried or spiced.

This meat-free smørrebrød is great for breakfast, lunch or as a starter before dinner.

Preparing this meat is a lengthy process, but it's worth it.