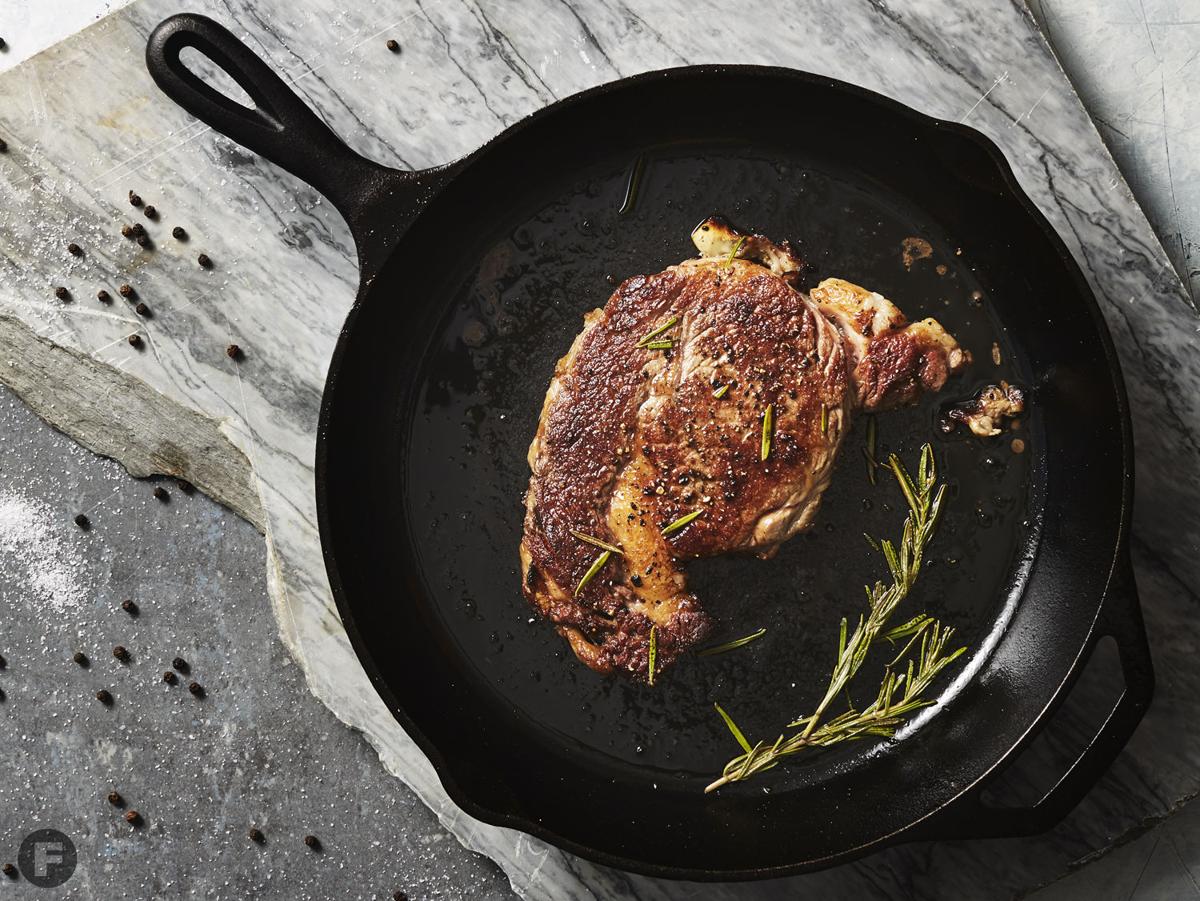 Study up and soon you'll be making restaurant-quality steaks at home. 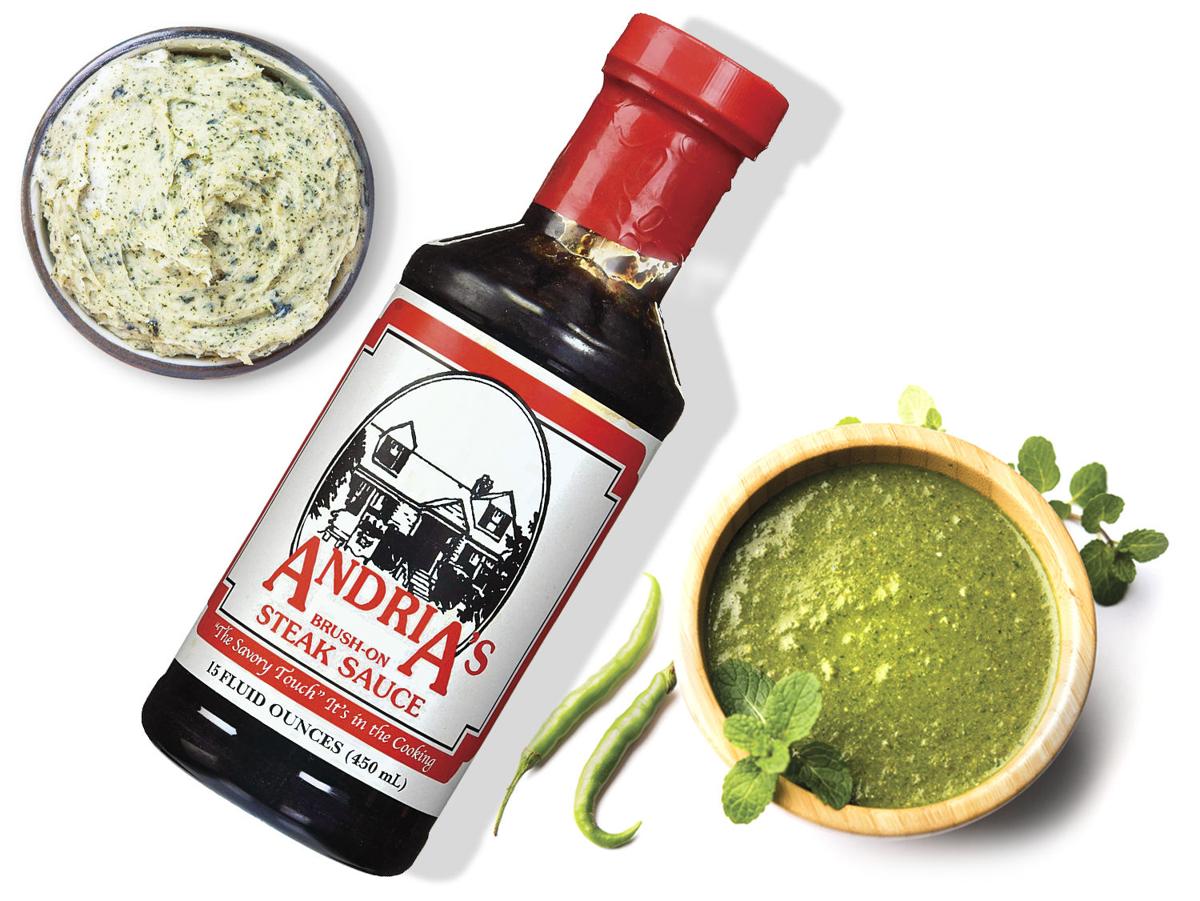 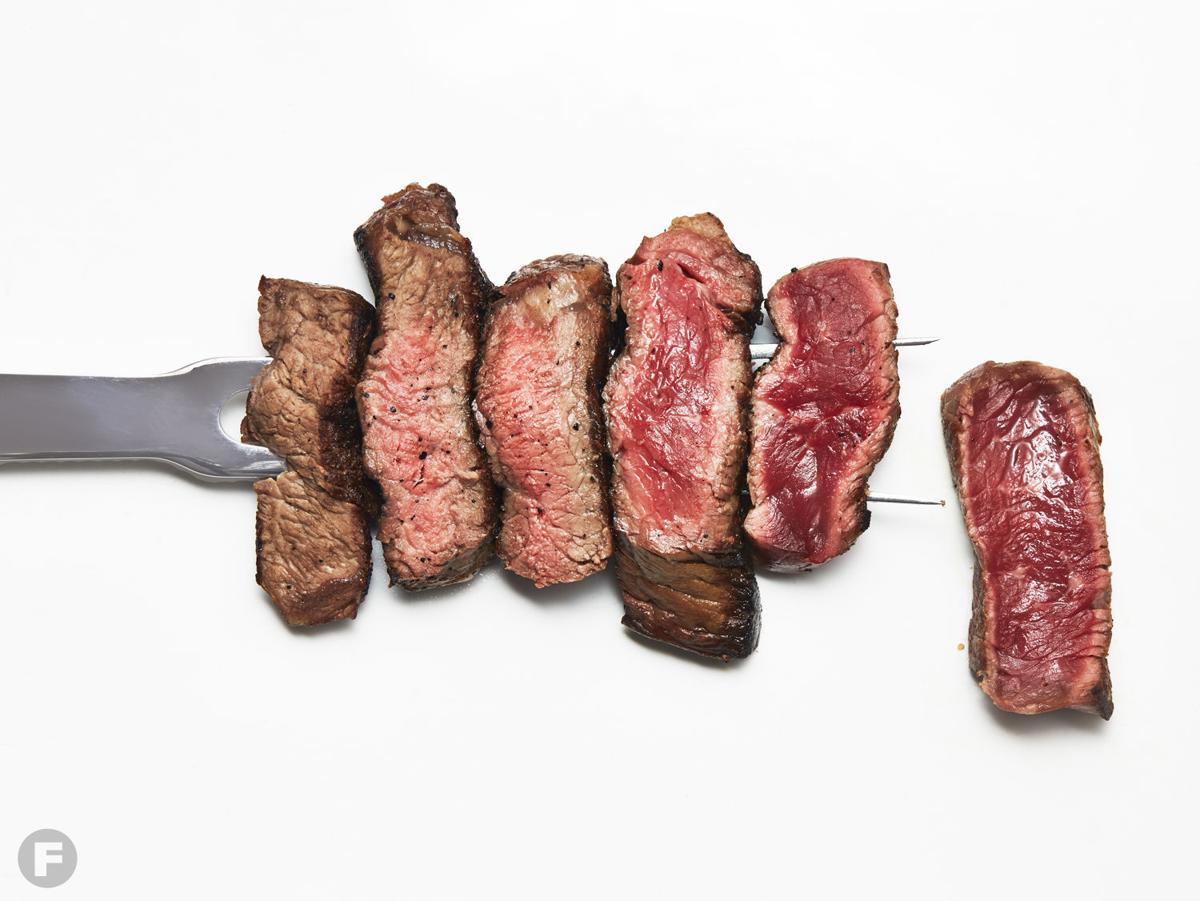 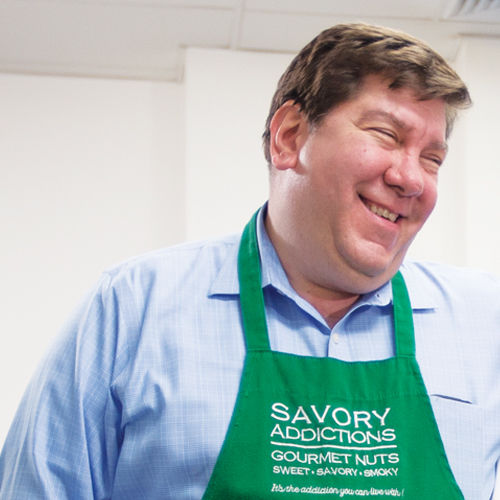 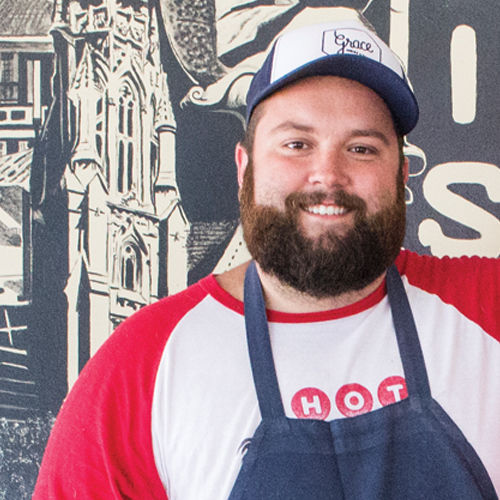 There are few things more tantalizing than cutting into a well-cooked steak: all that blackened crust giving way to supple crimson meat. In a world of exotic flavors and textures, there’s nothing quite like steak, and unlike most indulgences, you don’t have to leave the comfort of home to partake – all you need is the right information and a few tools.

Timing is key when it comes to great steak.

T-Bone. Picture a classic steakhouse meal, and the T-Bone will likely be the cut that materializes alongside your baked potato. Cut from the short loin near the stomach, this beast is two steaks in one: A tenderloin and a strip steak bookend the bone, carrying their own distinct flavor and texture profiles due to differences in fat content. However, this blessing can be a curse if you don’t know your way around the cut: One side will need to be tended to differently than the other, so cook it on the grill where you can use both indirect and direct heat to get it right.

Porterhouse. The big boy of steaks, the Porterhouse is the same cut as the T-Bone, but hails from the opposite side of the short loin toward the rear. Everything about it is extra: Cut cartoonishly thick, it has a larger circumference and more muscle, making it slightly less tender than other cuts, but with incredible flavor. Because of the variety of cuts, it can be tricky to cook, and given the cost of both Porterhouses and T-Bones, it’s not one you want to hone your skills with.

Rib Eye. An all-around favorite, it’s the cut with near-perfect levels of marbling needed to achieve an ideal balance of flavor and texture. Typically cut slightly thinner than T-Bones and Porterhouses, it’s a well-sized slab of beef that cooks up just as well in a cast-iron skillet as it does a grill, making it a steak for all seasons. The price is right as well: It’s not cheap, but its relative affordability makes it an easy choice for weeknight meals. If you want drama, look for the bone-in variety – often called tomahawk steak due to the large rib “handle” left on – or go for the more common boneless variety.

Kansas City Strip and New York Strip. Oh, the controversy! The strip steak’s alleged history is as delicious as the cut itself. Legend has it that the strip began life as the Kansas City strip, named for its origination in the famed stockyards and slaughterhouses of the Midwest. Sometime in the 1930s, certain swanky restaurateurs in New York City were put off by the name, so they changed it, thereby claiming the steak as their own. Questions remain: What’s the difference between the two? Is there a difference? The answer may depend on where you’re from and who you ask. In general, the steak is a T-Bone minus the tenderloin side. Some claim Kansas City strips have the bone attached and an extra strip of fat, while the New York strip is boneless with the excess strip of fat removed. No matter what you call it, it’s a tender cut with beautiful marbling, which yields deep flavor from the grill or in a cast-iron skillet.

Filet Mignon. The Prom Queen of steak cuts, filet mignon is tremendously popular among people craving supple, buttery texture. Cut from the tip of the tenderloin near the rib area, it’s leaner than other cuts, and therefore can be a little lacking in the flavor department – typically remedied by a bacon-wrapped exterior. Easy to cook, even easier to eat, provided you keep things at medium rare or rare to avoid it becoming chewy and overdone. Hot tip: That bacon wrap can also hide the evidence of tinier filets rolled together to form a single “filet,” which isn’t what you want. Remember that filet is a pricey cut, so avoid the $5 specials and head straight for your favorite butcher.

Top Sirloin. Cut near the rear, top sirloin has a reputation – largely undeserved – as junk steak from fast-food steakhouses of yore. Is it cheap? Compared to other cuts, it’s very affordable, and although not as prized as a Porterhouse, it’s a solid backyard grilling cut that’s easy to cook. You’ll get great flavor, texture and flexibility to boot: Classic steakhouse cuts are best served whole, while cuts such as flank or hangar require thin slicing; top sirloin can be served either way. Grilling is your best bet here – the flavor only improves when infused with smoke.

Hangar. Taken from the underside closer to the middle in front of the flank, hangar steak takes its name from how it “hangs” from the diaphragm. Not long ago, it was strictly a butcher’s cut, reserved for those who did the work to enjoy it after selling off more popular cuts. Hangar steak is exceedingly tender when marinated and grilled, kept at medium-rare or below to avoid chewiness, and thinly sliced against the grain. Decidedly not a steakhouse staple, hangar is much more at home in fajitas, or simply fanned out alongside rice and vegetables, smothered in a chimichurri-style sauce.

Flank. Cut from the underside toward the legs, flank steak is very lean and can be grainy when cooked or sliced incorrectly. Like hangar steak, the cut is used more in cook-and-slice applications such as stir-fries. The meat is full of flavor, but can go tough easily; marinating is a must to keep things tender and juicy.

Our region has some of the finest steak sauces money can buy, ready-made for you to throw on any cut of meat you desire. Our favorites for a classic steakhouse vibe? Andria’s Brush-On Steak Sauce (andrias.com) and Tucker’s Place Grill-On Steak Sauce (tuckersplacestl.com).

Treat your steak to a little trip around the world with some globally inspired sauces. If you’re in the mood for bold herbal flavor, opt for Argentinian chimichurri or Italian salsa verde. Head to the Far East with soy-chile sauces blended with melted butter and spiked with ginger and scallions. Feeling French? Whip up a compound butter with fresh herbs, shallots, pungent blue cheese, or all three.

3. A Guide to Doneness

Cooking steak is all about breaking down proteins and rendering fat to get an optimal product – remember that certain cuts hold up better at specific temperature ranges than others. Forcing a filet to medium-well will only end in disappointment. Refusing to cook a beautifully marbled Porterhouse for long enough to allow the fat to melt and flavor the meat is criminal. Research different cuts and their optimal temperatures to really bring it home for everyone; we love the cooking time guide for different cuts at charbroil.com.

Some folks like cooking steak directly on the grill grates, while others prefer to sear it in a cast-iron skillet. Here, we asked two chefs to share what they like about each of the approaches.

“There are many reasons I enjoy cooking in cast iron. The majority of the cast iron I own is mid-1800s Griswold that have been handed down from generation to generation. There’s a very primitive and transcendent experience when cooking in something that has had so many memories. A favorite way to cook in cast iron is directly over the coals; I feel like there’s a real connection between man, fire and food. There’s no better flavor than a steak or a piece of beef cooked in cast iron over coals, first seared over direct heat and then basted in brown butter over indirect heat with aromatics like garlic, thyme and bay leaves. The caramelization and flavor you get from this is amazing.”

“I love grilling. My friends will tell you how fanatical I can get about this subject – I grill outside about 300 days a year. My preferred method for cooking a steak is over live fire, for two reasons: It’s the only way to get that true wood-fired, smoky flavor, and it’s just more fun. I use a method called reverse sear: We start with a very thick, heavily salted steak over low heat (275°F to 300°F) – not directly over the coals or flames. The steak cooks until it reaches an internal temperature of about 120°F. Then, I finish the steak over a blazing hot fire (600°F) for one minute per side. This produces a steak that’s a perfect medium-rare

with a nicely seared crust.”

Steaks are great fresh off the grill or hot from the pan: Choose your method based on what’s most important to you.

The benefits of grilling up a steak outdoors are obvious: You get to hang out with a steak where steak loves to be, charring it to perfection outside while keeping things tender and juicy on the inside. The flames of a grill add layers of unmistakable smoke flavor to your meat and the high temperature helps develop a crackly outer crust.

Steak is, by nature, a minutes-long project, so prepping a charcoal grill for 20 minutes only to cook something for five seems like a waste compared to longer, lazier projects such as ribs or chicken. It can be messy, too: If you’re not careful, all that melting fat can cause flare-ups. If you’re Team Propane, you don’t have to worry about the prep, but you don’t have the smoke or focused heat either, so no added flavor or crust.

The Bottom Line: If smoky, flame-licked flavor is nonnegotiable, you’re cooking for guests or you’re project-grilling and want to finish out your evening by throwing a few steaks on for dinner, go right ahead.

Cooking steaks in a cast-iron skillet is ideal because cast iron retains heat in a way that other skillets and even barbecue grills don’t, and the screaming hot surface renders fat and creates an even, deep crust from constant direct exposure to that surface.

Before you begin, you may want to dig the batteries out of the nearest smoke detector, because high heat + fat = smoke, and not necessarily in a good way. To avoid issues, oil the meat, not the pan, and keep your exhaust fan running. It’s difficult to cook for a crowd using cast iron, simply because size matters: A large skillet usually only accommodates two rib eye steaks at most.

The Bottom Line: Cast iron gives you big-time control, crust and flavor, but it’ll be missing the satisfying smoke of a cookout.

How To Properly Prep Your Garden for Winter