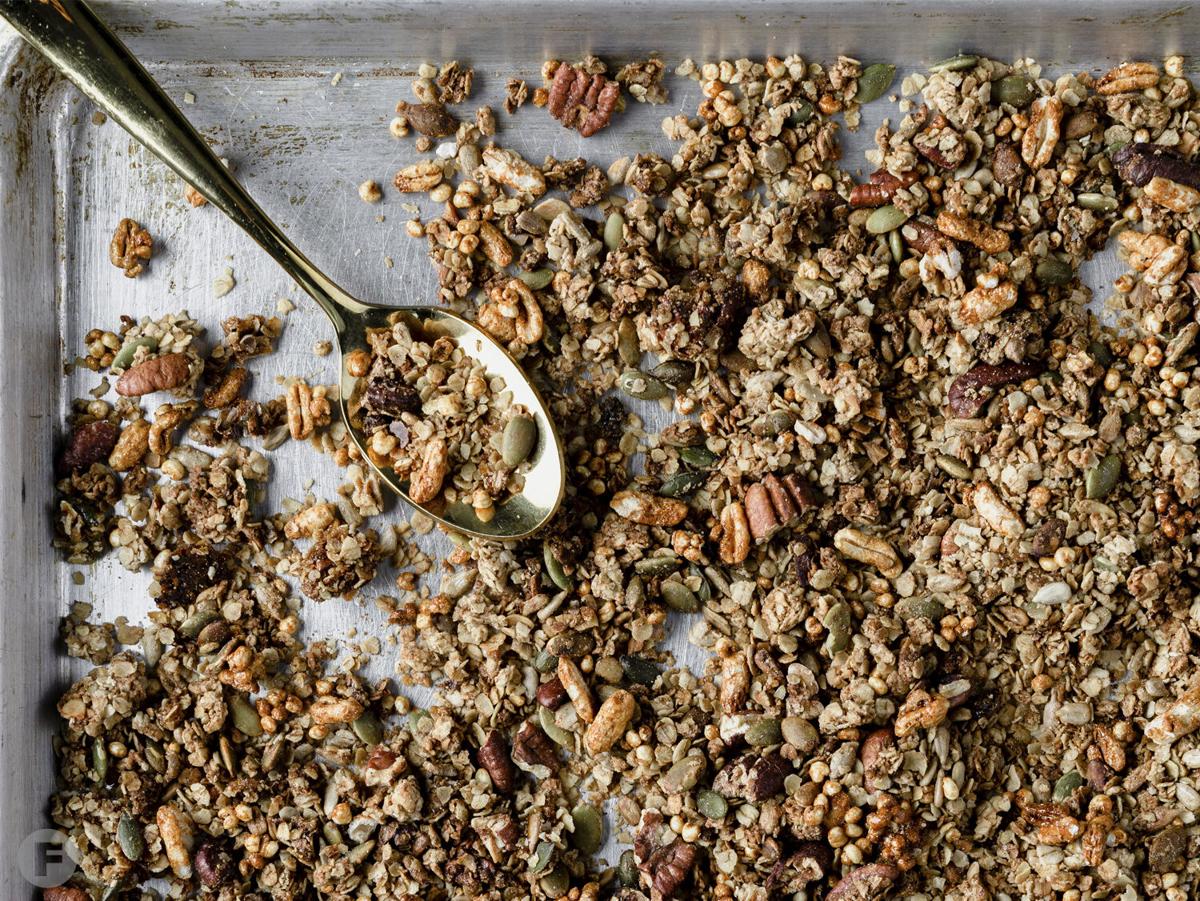 Einkorn granola at Knead Bakehouse and Provisions in St. Louis. 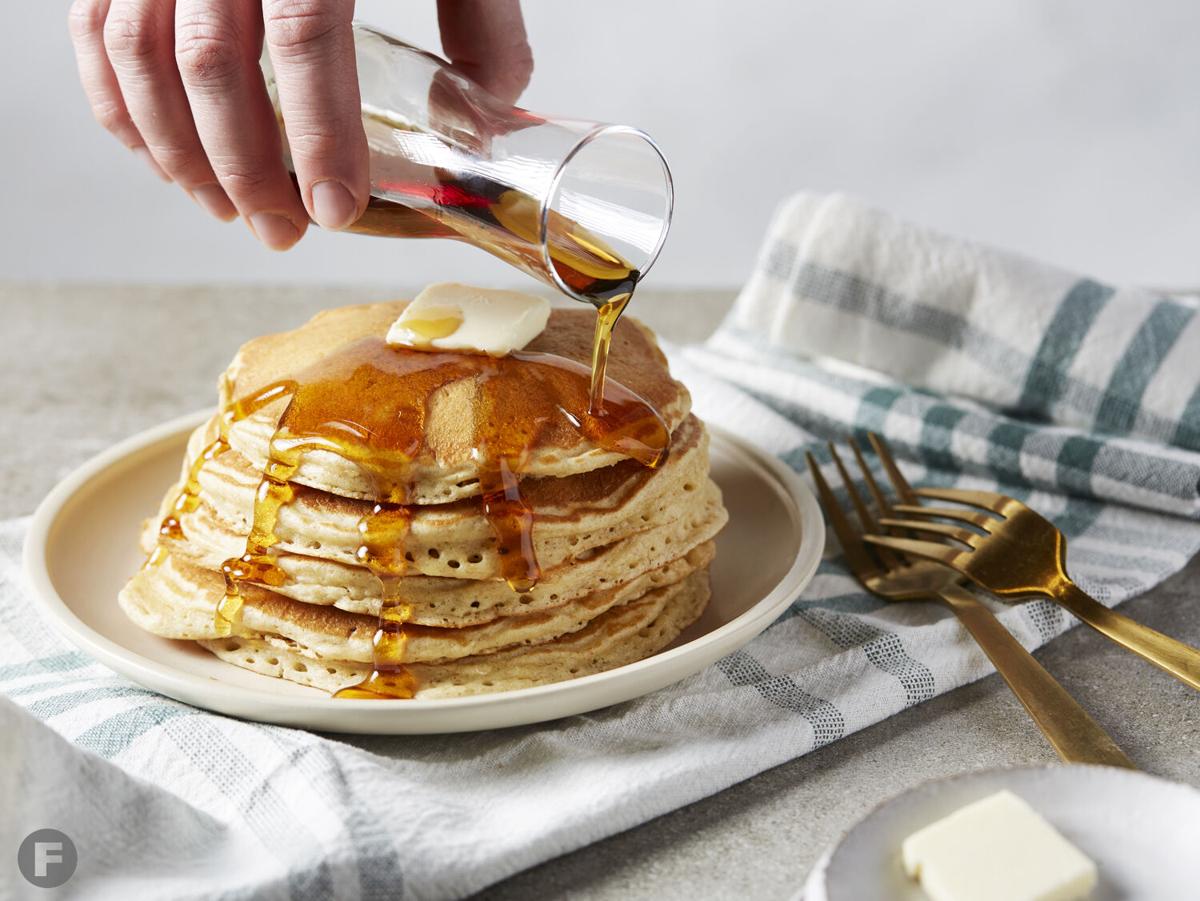 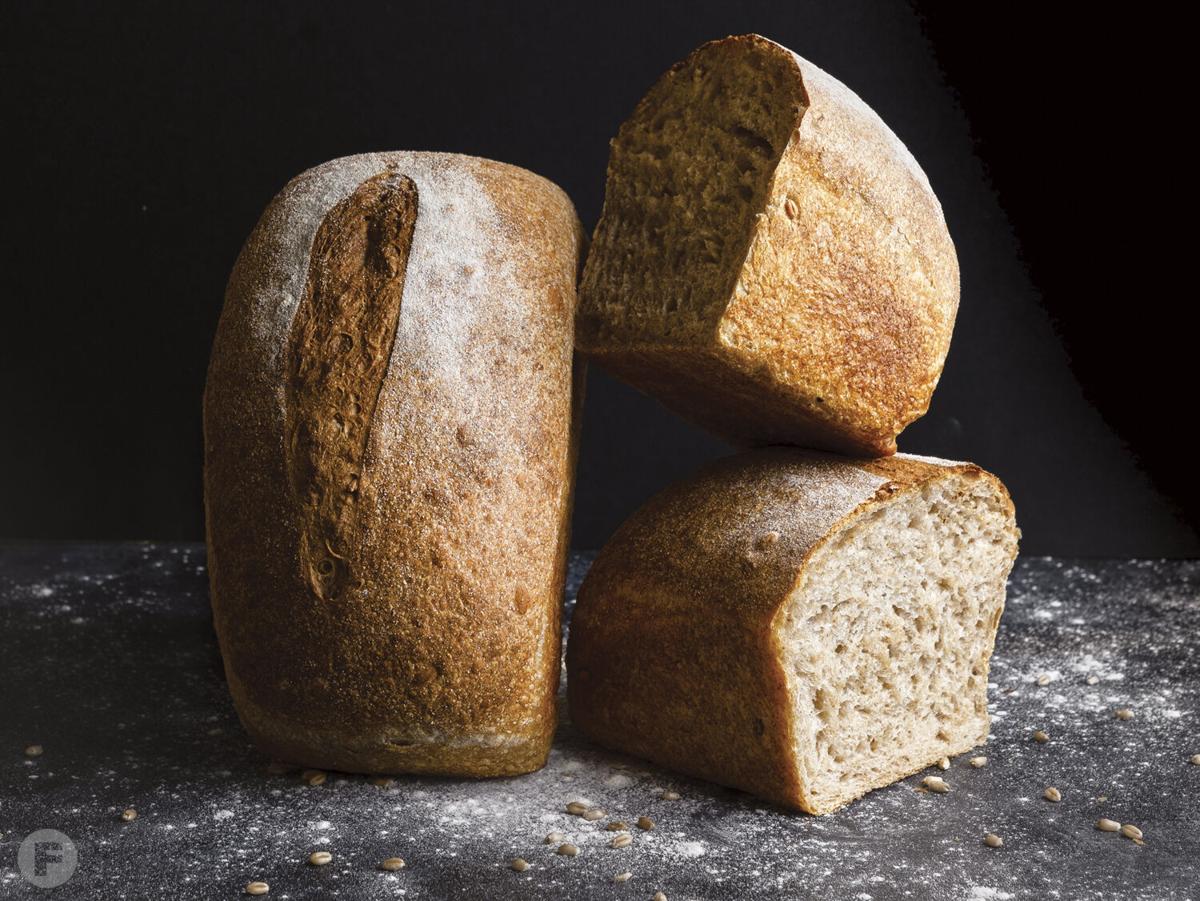 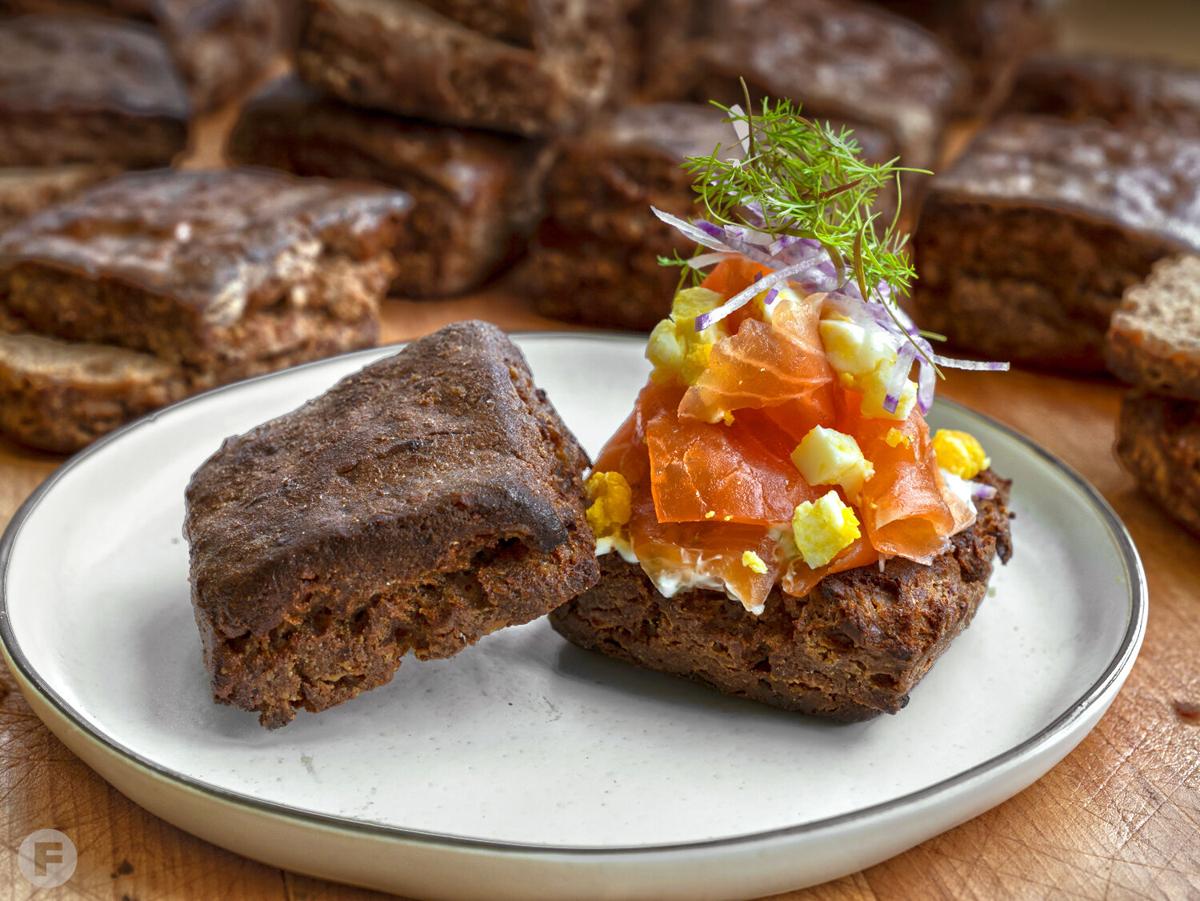 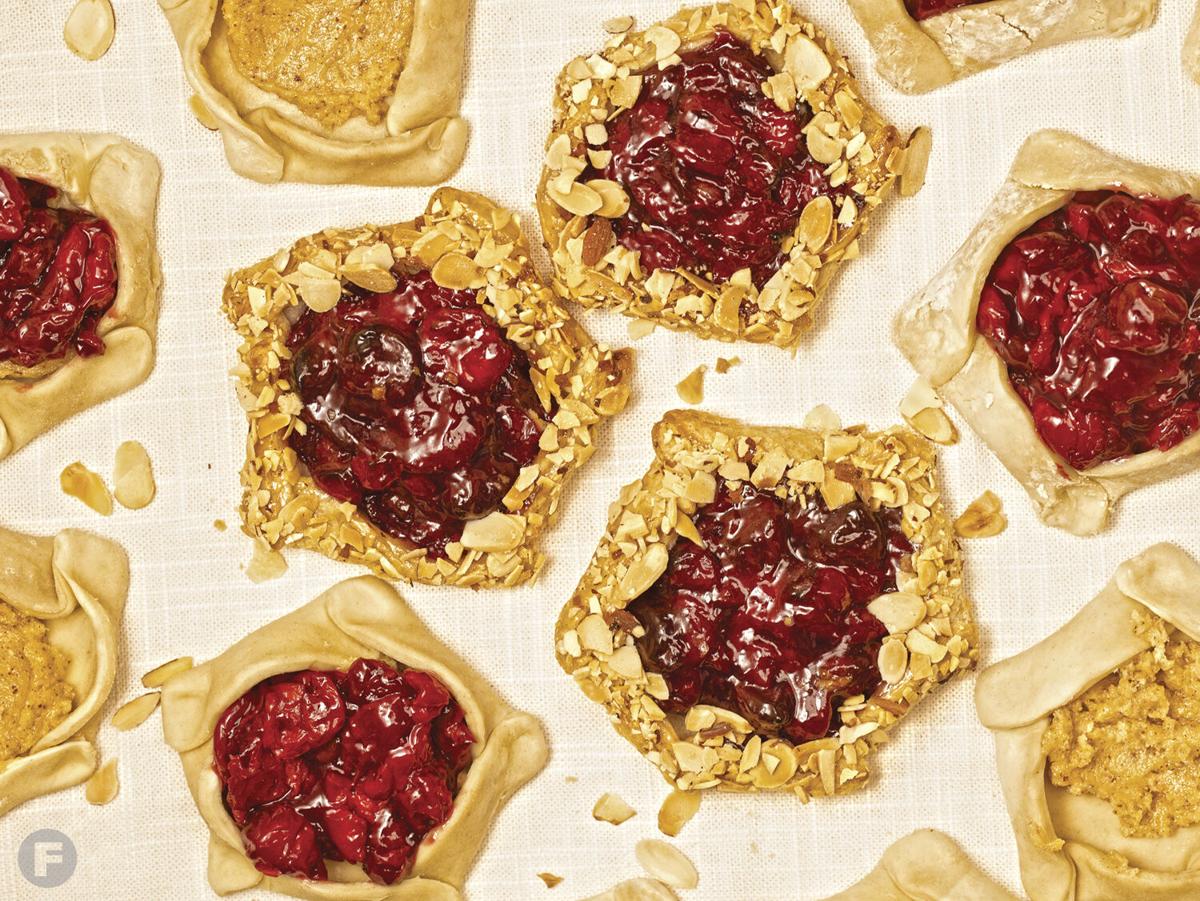 Cherry galettes made with spelt dough at Ibis Bakery. 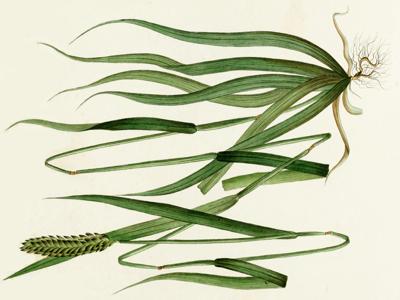 If there was a single food that defined our lives in quarantine, it was sourdough bread. As stay-at-home orders went into effect across the country and many began spending more time in the kitchen, finding a sack of all-purpose flour or a package of yeast felt like winning the larder lottery. Faced with a shortage of baker’s yeast, many turned to naturally leavened breads, such as sourdough, which rely instead on wild yeast and the lactic acid bacteria that’s naturally present in flour.

Baking bread – particularly sourdough – at home can be a labor-intensive process, but simply speaking, it comes down to three things: flour, water and yeast. And as restaurants and bakeries turned into mini grocery stores, selling everything from fresh produce to locally milled flour, many bakers found themselves experimenting beyond all-purpose flour, reaching instead for those made with ancient and heirloom grains.

“There’s only so much in the family of bread that you can adjust and change, so you have to go deeper into the layers of what’s there,” says AJ Brown, co-owner of Knead Bakehouse and Provisions in St. Louis. “As far as the flour aspect, there’s a whole family of grains that you can dive into. When you’re trying to add uniqueness or different flavor components to your breads, the grains themselves are one of the key factors of making really good bread. So if you’re interested in making bread and starting that journey, it just makes sense that you’re going to go as deep into the grain process as possible.”

As the local food movement grows, ancient grains such as buckwheat, einkorn and spelt have seen renewed interest. These grains have not been hybridized and remained largely the same for thousands of years, so they’re less processed than modern wheat. Unlike refined flour, which is milled to the point that it only retains the starchy endosperm, ancient grains (like other whole grains) retain the germ and bran, so they’re higher in vitamins, minerals and fiber. But flours made with these grains also lend complex flavors to all manner of baked goods, from cookies and cakes to pancakes and waffles to, yes, sourdough.

“In the past 10 years, the farm-to-table movement has become that much bigger,” says Clif Brown (no relation), who co-owns Neighbor’s Mill Bakery & Café in Springfield, Missouri. “Of course, that’s eventually going to trickle down to the bread that we eat. When it comes to cooking and baking, being in control of every ingredient is paramount. That comes down to the grain that we use, where it comes from and how we use it. It’s all about having the knowledge of where your food comes from – knowing more about the things that we’re putting in our bodies, where they come from and, ultimately, how they taste. And they will always taste better.”

Ancient grains are nothing new – but when it comes to baking, they just might be the future.

“Flour is one of the most important ingredients, but half of the time it’s so torn apart – it’s bleached and bromated and made into a product where you don’t get any of the nuance, flavors, textures and nutrition. That’s what attracted to me to ancient grains.” –Bryan Russo, Songbird in St. Louis

“Buckwheat has a very distinct flavor – you either love it or you hate it,” says Kathryn Ratzlaff, director of bakery operations at Ibis Bakery in Kansas City. Featuring an intensely earthy, slightly bitter flavor, it’s packed with protein, vitamins and fiber. Despite the name, buckwheat is not related to wheat at all; it’s actually a fruit seed in the rhubarb and sorrel family. It’s not technically a grain, either – its groats (hulled kernels) are considered a “pseudocereal” (similar to amaranth or quinoa), which refers to seeds that come from non-grass plants that are consumed in the same way as grains. Naturally gluten-free, buckwheat shines in breakfast favorites such as pancakes, waffles or crêpes that use eggs as a binding agent and is the cornerstone of Japanese soba noodles, but you can also sub a smaller portion (approximately 25 percent) into your grain bill to add new depth to quick breads, muffins and cookies. Buckwheat is light, finely textured and very absorbent, which Ratzlaff says makes it easy to sub in for traditional flour in baked goods. “I’ve had a buckwheat cake before and a lot of times it’s hard to get gluten-free cakes to do that,” she says. “Gluten-free flour tends to be gummy, not able to produce a light, fluffy crumb that you would find in cake.”

Einkorn is the most ancient of the ancient grains: It’s believed to be the first variety of wheat consumed by man and was domesticated around 7500 B.C in southeast Turkey. Although it’s not completely gluten-free, einkorn has a different gluten structure that makes it easier to digest – it contains only 14 chromosomes as opposed to 42 in modern wheat. “Einkorn is softer, sweeter and a little more elegant in the way it tastes than other ancient grains,” says AJ Brown. When it’s milled into flour, its delicate sweetness and slightly nutty flavor shine in pie crust, cookies and cake, but you can also use the whole berries to add toothsome texture to different dishes. Sub them in for farro or wheat berries in a salad, or soak the berries overnight before cooking them into a porridge. “Einkorn is so special,” says Bryan Russo, who oversees the bread program at Songbird in St. Louis. “It’s got a bit of a vanilla note to it, and it’s very soft and almost biscuity. It’s really its own thing.”

Many alternative flours are lower in gluten, the protein that strengthens and binds dough, than all-purpose or bread flours. If you’re baking bread, start by incorporating a smaller percentage of alternative flour, up to 25 percent, into your grain bill.

Once dismissed simply as bird feed, millet has seen a surge in popularity due to both its health benefits – it’s naturally gluten-free and full of protein, fiber and antioxidants – and mildly sweet flavor. A cereal grain, millet is cultivated from approximately 50 different species of small-seeded grasses and is a staple crop throughout parts of Africa and Asia (millet flour is a key ingredient in roti, an Indian flatbread, and bánh đa kê, a Vietnamese sweet snack). Because it has a light, mild flavor, it’s easy to sub into both sweet and savory recipes, from cookies and cakes to biscuits and breads. “Millet is a softer one with some sweeter notes,” says AJ Brown. “It tends to have more of that ricey corn flavor. It’s more similar to quinoa in the way that it tastes.”

Rich in fiber, iron and B vitamins, rye flour varies widely in flavor based on how much of the rye kernel is present. The more rye kernel there is, the darker the flour will be, leading to a more intense rye flavor and often a denser texture in the final product. “Rye is phenomenal,” says Russo, who uses dark rye flour from Janie’s Mill in the biscuits at Songbird. “I don’t even know where to start because when I think of rye I think of one thing, but when I think of the dark rye that we use from Janie’s, it’s a whole different category and a new smell. That’s the only way to put it: When you smell it, you won’t forget it.” And it’s good for much more than savory applications: Neighbor’s Mill, for instance, uses rye flour in its decadent salted chocolate rye cookies. “Rye has a wonderful floral quality, even just smelling it on its own,” says Clif Brown. “It pairs well with more unusual applications like in a cookie or a sweet bread. Rye and chocolate go together really well; that beautiful floral quality to rye flour really comes through with the chocolate.”

Think of spelt as a gateway grain, as it’s easy to sub in for a range of baked goods and is increasingly becoming available on shelves in major supermarkets and groceries. Prized for its nutty flavor, it’s also a great source of fiber, iron and manganese. “Spelt is one of my favorite grains to eat and to work with, not only because of its health benefits but because it’s an ancient grain, a lot of people are able to eat it compared to whole wheat,” says Clif Brown. “Spelt still has that ‘came from the field’ grassy flavor that I find very delicious, but it’s also got that toasted Maillard [reaction] flavor to it as well that you don’t necessarily get from whole wheat.” Because spelt has a slightly higher gluten content than other alternative flours, it’s easy to sub in 1:1 for all-purpose flour – try it in pie crust, cookies or even pizza dough.

Where to Buy Locally Milled Flour

Based in Marienthal, Kansas, Heartland Mill specializes in Kansas wheat, including heirloom Turkey Red and Golden Buffalo, along with barley, millet, spelt and light and dark rye flours. heartlandmill.com

A favorite of bakeries across the Midwest, Janie’s Mill in Ashkum, Illinois, grows and mills heirloom and hybrid grain varieties, including buckwheat, einkorn, light and dark rye and spelt. janiesmill.com

In addition to its beloved sourdough and pastries, Knead Bakehouse and Provisions in St. Louis offers a variety of pantry staples for curbside pickup, including 1½-pound bags of stone-ground, lightly sifted flour from Janie’s Mill (as well as its 8-year-old sourdough starter). kneadbakehouse.com

These rich, chocolatey brownies were first developed with masa, but you can easily sub in different flours.

This recipe is a five-day process, but each day features a repeat of the same simple steps.

This simple dough gets a slightly nutty flavor from the addition of spelt flour, and you can fill it with whatever fresh fruits or vegetables you have on hand.

After just a year in business, Kansas City's Blackhole Bakery is already gearing up for what's next

From cardamom buns to flaky croissants, sisters Uliana Komodi and Christina Sava serve up a taste of their native Moldova in Springfield