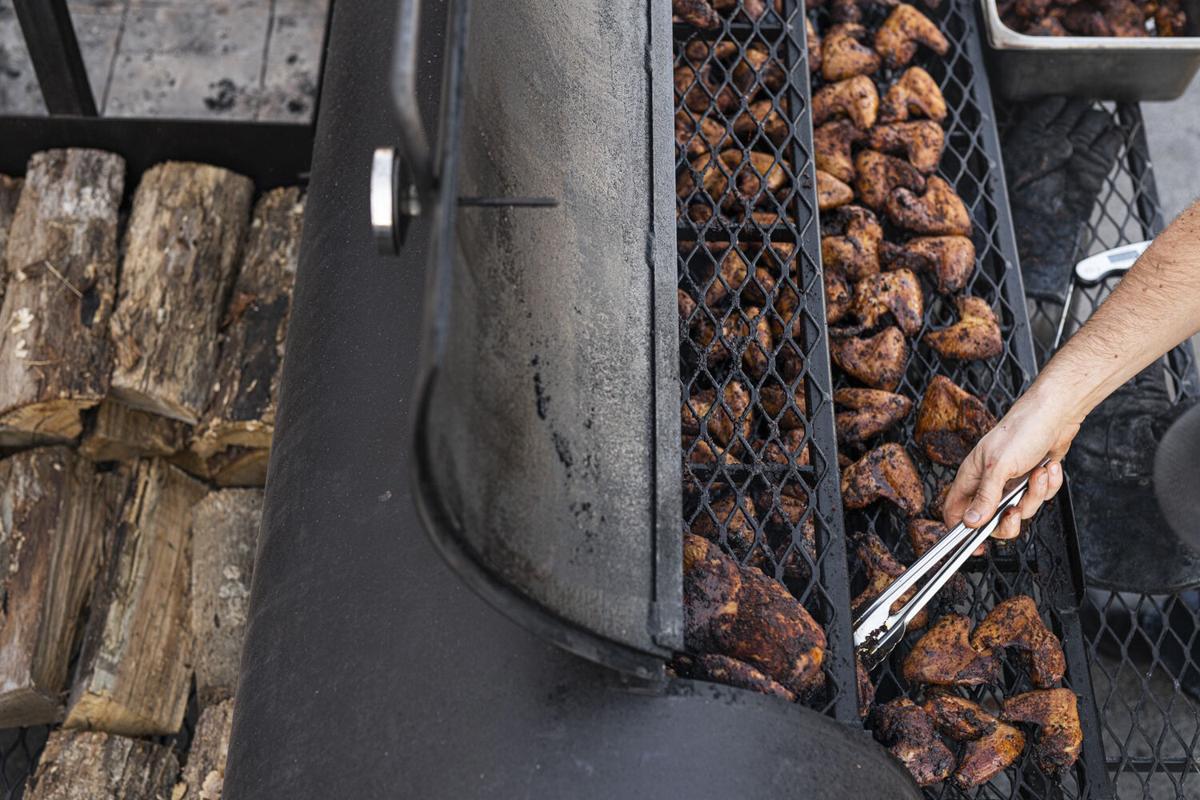 The wood-fired smoker drives the menu at Barbacoas del Norte. 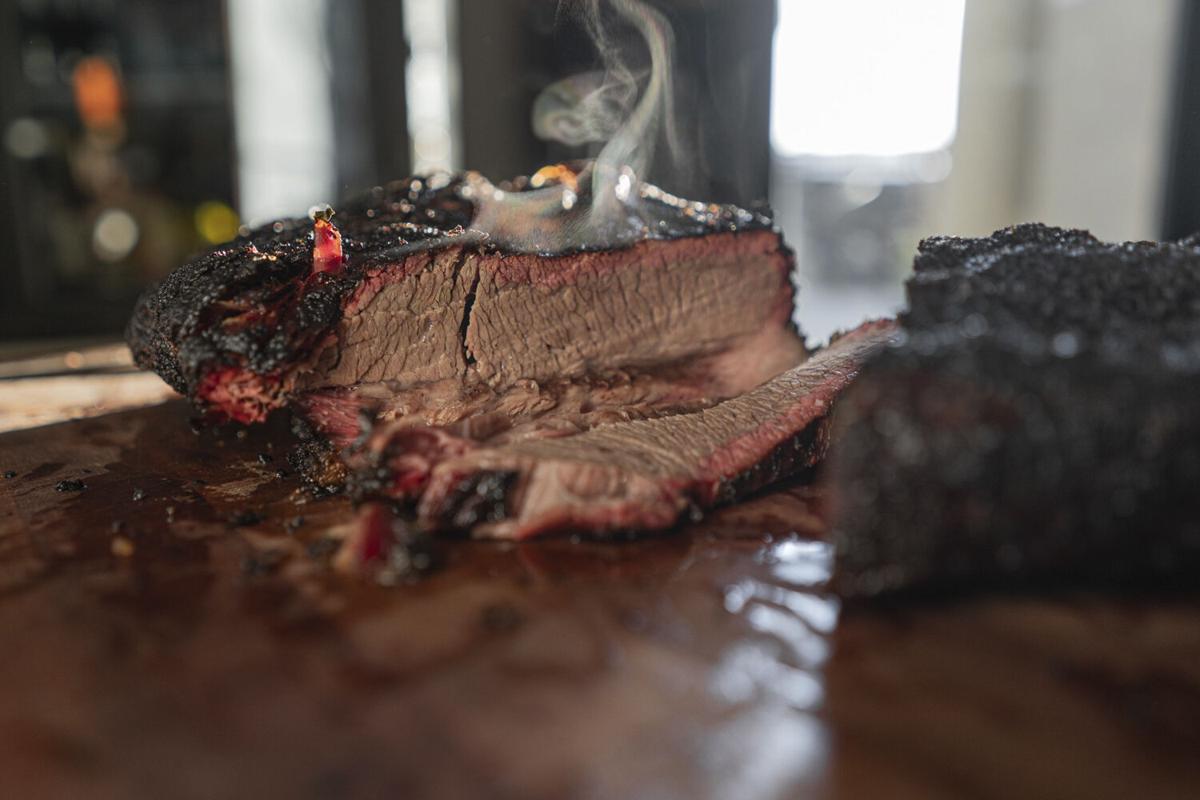 Each new menu centers on smoked meats such as this Texas-style brisket.

One Monday night a month, a trio of team members from Barred Owl Butcher & Table in Columbia, Missouri, pause to play with fire.

The combination of food and fire has been a longtime professional passion for Eisenhauer, who operated a wood-fired pizza truck, aptly named “Playing with Fire,” in Columbia before joining the Barred Owl crew. “What attracted me to barbecue was the opportunity to work with wood and fire,” he says. “There are places in town that have followers, but nobody – except now Bud’s BBQ – relies on wood-fired smokers.”

The formula for the menu at Barbacoas del Norte is two meats plus two sides served on a platter for two, with the option to add dessert and/or a cocktail crafted by Harvey especially for each event. Past offerings include a Mezcal Manhattan and a Mezcal Margarita, but the trio lets their taste buds take the lead in pinpointing exactly what to prepare when it comes to the drinks as well as the fare.

Hungry for dessert? Hope for horchata-spiced tres leches cake, sweet tamales with queso crema and guava or black forest mole brownies – a favorite among the crew.

In everything it does, the crew puts in extra effort to make sure everything on the menus – down to the tortillas – are top-notch. “During the very first event that we did under the Barbacoas name, I wasn’t happy with the tortillas,” Eisenhauer says. “So by the next event, I had all the presses and everything for myself, and we’re much happier with the quality now.”

Both curious and repeat customers can find more information about upcoming pop-ups on Barbacoas del Norte’s Instagram, and then they can snag tickets by simply sending a DM. Sales start one week prior to the monthly events.

Once the team has a head count, it’s time to fire up the smokers, but as any professional knows, smoking doesn’t leave much time for shut-eye. “We come in on Sunday night and smoke until Monday morning,” Eisenhauer says. “We take turns napping and work straight through ’til service.”

Without giving too much away, Eisenhauer hints that things are only going to get hotter in 2022. “We have a new smoker coming in January, which will more than double our capacity,” he says.

Fireside Bakes and Brews brings specialty coffee back to Fayette

The wood-fired smoker drives the menu at Barbacoas del Norte.

Each new menu centers on smoked meats such as this Texas-style brisket. 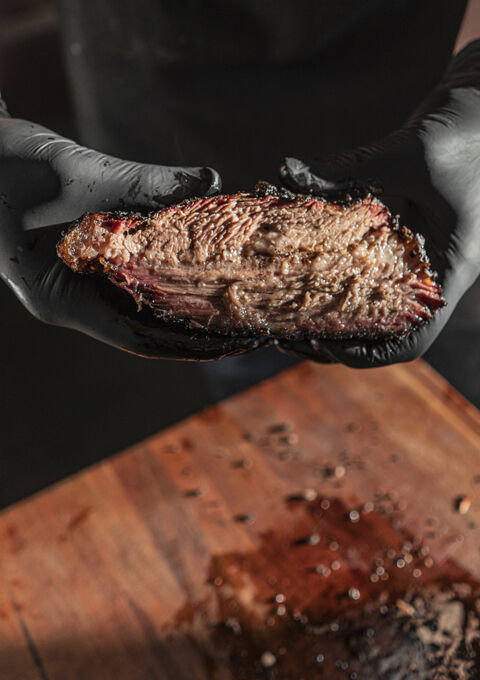 The crew works from Sunday night until service on Monday to prepare for the pop-up events.