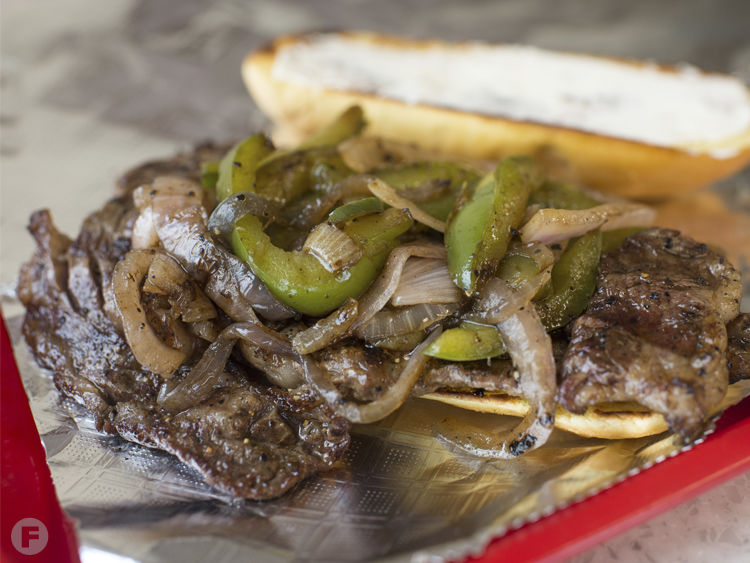 The new rib-eye sandwich is a favorite of owner Jeff Spencer. 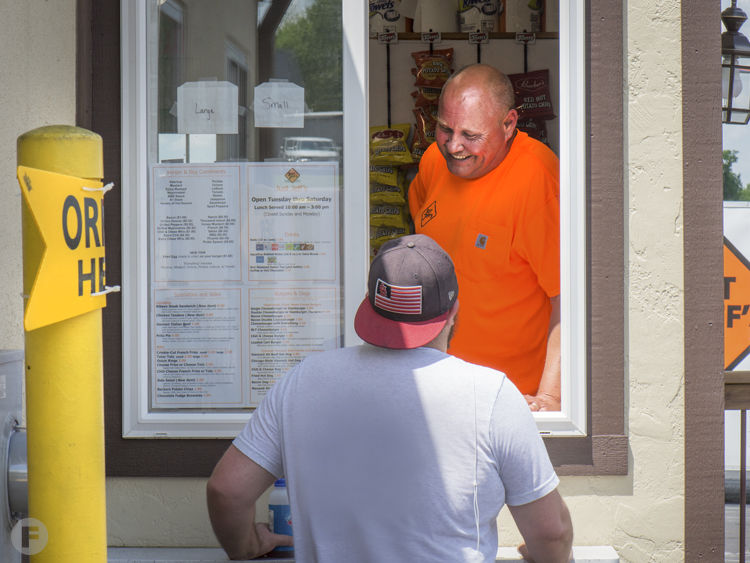 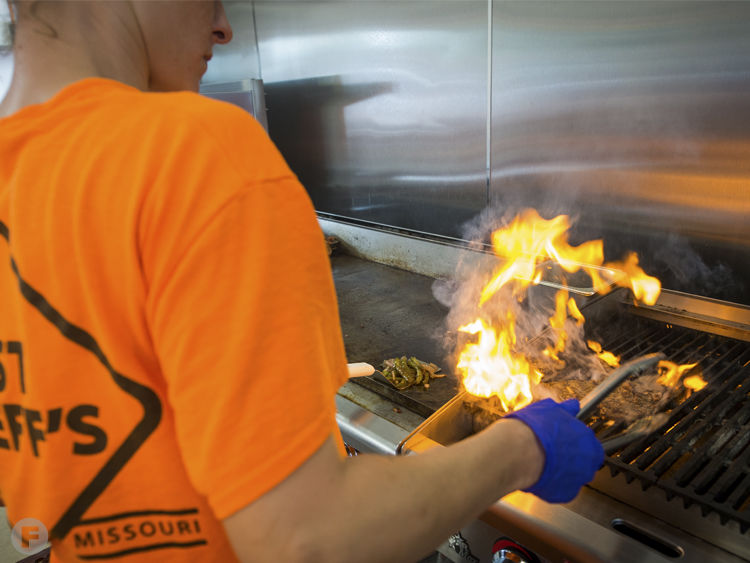 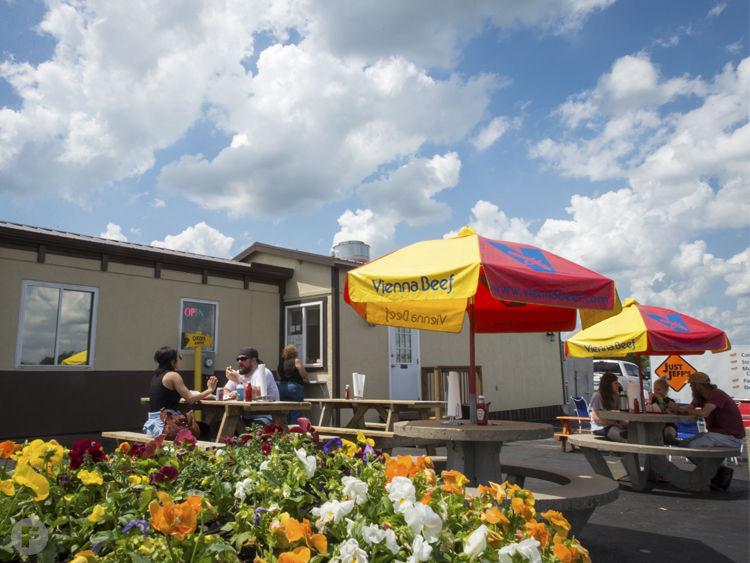 The new rib-eye sandwich is a favorite of owner Jeff Spencer.

Jeff Spencer has a well-trained team to help run his recently expanded restaurant, Just Jeff’s, in the Parkade Plaza in Columbia, Missouri. But you’ll still find him in the thick of it, taking orders, running food out to customers and chatting with regulars. “I get to be the best part of everybody’s day,” he says. “When someone comes back after eating and says ‘Oh, it was so good,’ it’s a really cool feeling.”

Spencer began selling Chicago-style dogs and burgers from a hot-dog cart on the University of Missouri’s campus five years ago, and now operates out of a brick-and-mortar drive-thru and walk-up location, with an expanded menu and catering.

How did you get into cooking? I love to cook for friends at the house, and I always had a dream of retiring in a restaurant. At about 45 years old, I wanted to make a change in my life, and so I bought a hot-dog cart. I was going to do it part time, but once I did and went back to work a few days later I thought, “You know what? If I’m going to do it, I’m going to go full time.” So I gave my two weeks to my job and pushed my hot-dog cart out on campus five years ago, and never looked back.

You’re known for Chicago-style dogs, but you recently added a rib-eye sandwich. We serve ‘em with grilled peppers, onions and cream cheese. It’s a delicious sandwich that I’ve been making at my house for years, and I just never thought it had the potential to [be] put on my menu. When we reopened after our Christmas break this year, I thought, “I’m just going to try it.” It’s a hard sandwich to keep in the price range, because rib eyes are not cheap. But we struck a deal with Moser’s [Grocery in Mexico, Missouri], and they cut 40 fresh for us probably every other day. That’s what I eat at the end of the day if we don’t run out.

How did you develop your burger recipe? When I was a kid, my father used to own the Boonville Livestock Auction. There was an older lady who worked in the restaurant there, and anytime something incidental would happen to a cow, my dad would take it to the locker and have it ground up into hamburger. Once people found out they’d get a free cheeseburger if they’d come out to the sale barn, the place would just fill up. I remember the way the lady cooked ‘em, and when I bought that hot-dog cart, it had a flat top on it. I got out some ground beef and mixed up a bunch of seasonings, and I just kept doing it, and I’m like, wait a minute now, these are getting good!

What’s next for Just Jeff’s? We’re going to create a covered patio from one end of the kitchen to the other, and it’ll be wired for ceiling fans and lights. [Recently] I took silver in a local magazine’s food truck category contest, and I don’t [even] own a food truck. But that’s what the customers are telling me they want, and I think that’s what I want to do.

The new location will have indoor seating a drive-thru, and in time, extended hours.

Today's Takeout: Build Your Own Sandwich and Iced Macchiatto from Lakota Coffee Co.