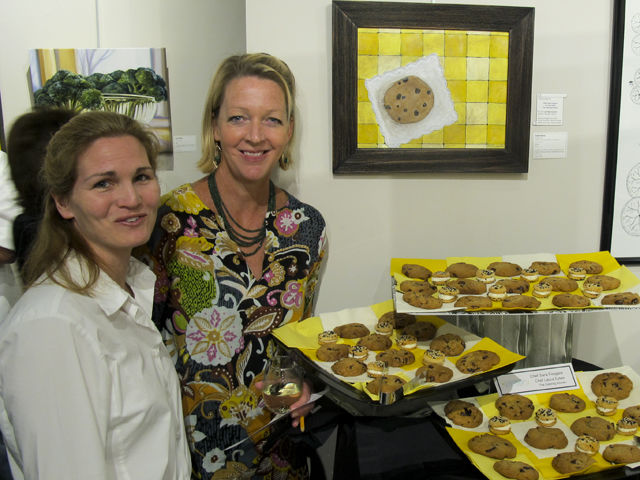 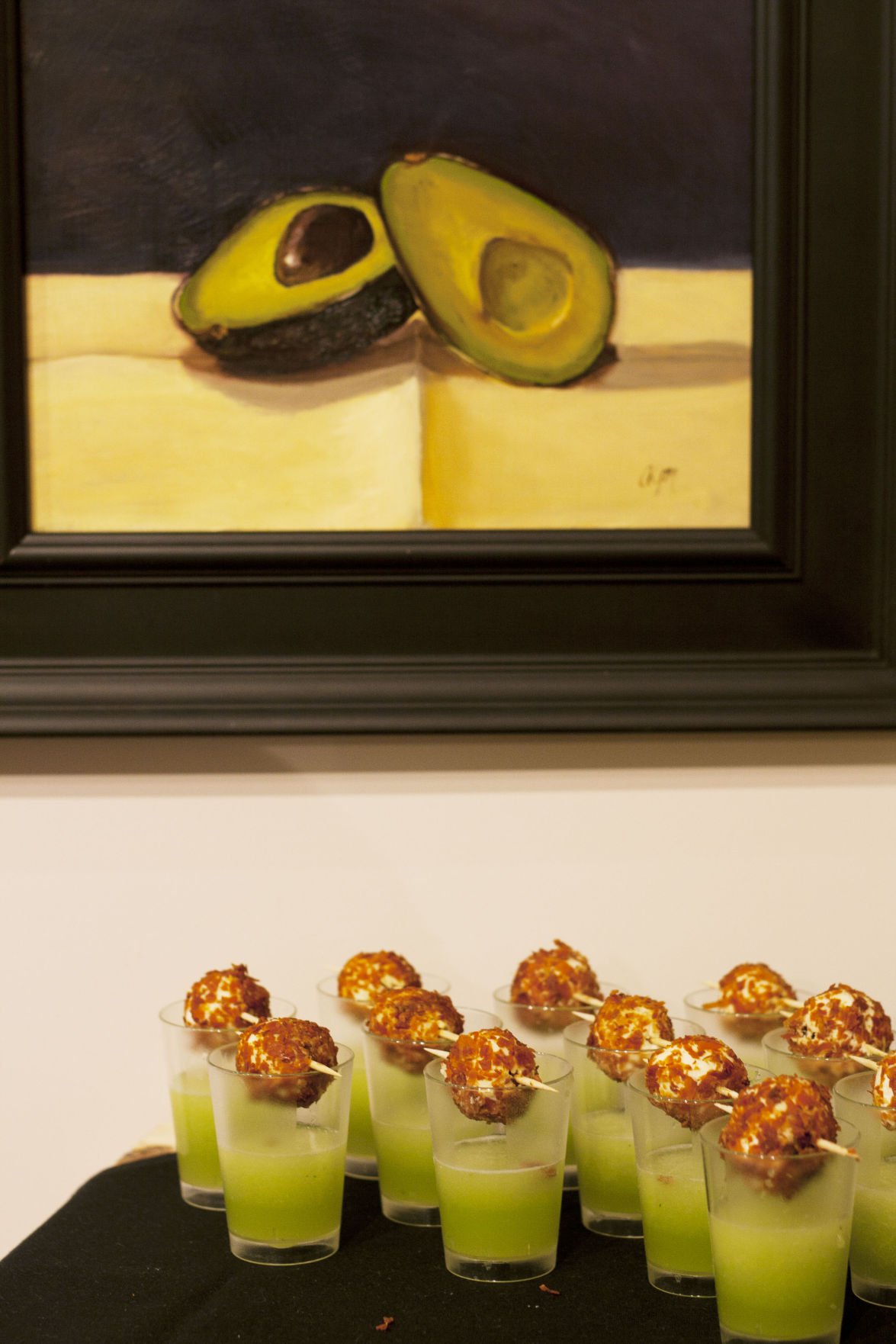 “Let Them Eat Art!” will feature tapas-style eats inspired by pieces in the gallery’s “Comestible” exhibit.

The worlds of visual and culinary arts will come together during the “Let Them Eat Art!” fundraiser on Thu., April 13 at the Columbia Art League (CAL). The event will feature tapas-style eats inspired by pieces in the gallery’s “Comestible” exhibit. The installation, which runs through May 5, explores society’s complex relationship with food. It showcases over 90 artworks that include painting, sculpture, photography, fiber, jewelry and more.

“There is a little bit of everything in the show,” says Diana Moxon, executive director of CAL. “We have such a creative community. We do the food-themed show every year, and it is always well-received. People like making art about food and buying art about food. It’s an accessible topic.”

“We have made a marriage between culinary artists and visual artists,” says Moxon. “It’s a rare opportunity for you to come and enjoy the art while also meeting the people who are making your food. It has been a big hit. People are intrigued by the idea.”

Each culinary artist visits CAL before “Let Them Eat Art!” to select the artwork that will guide their cuisine. At the fundraiser, the chefs display their creations in front of their chosen piece. Attendees are able to vote on their favorite dish to win the evening’s People’s Choice Award. Moxon says the chefs enjoy the opportunity to do something different and be recognized as artists.

“In the past, some of the chefs have done a culinary interpretation that is a mirror image of the visual work,” she says. “Other times they just take the idea of an ingredient and use it as a motif for their food.”

“Let Them Eat Art!” is not the only time that CAL incorporates food and beverage into its programming. The “Crafts and Draughts Date Night” takes place at the gallery once each quarter. Participants receive beer tastings from Craft Beer Cellar and the chance to get creative with a variety of DIY art projects. On the first Friday of each month, the nonprofit hosts “Art Uncork’d,” a series of workshops that focus on different techniques and mediums. Room 38 supplies light appetizers and Les Bourgeois Vineyards provides wine.

“Sometimes people are nervous or apprehensive to engage in visual art because they think they won’t understand it,” says Moxon. “Wine, beer and food get people to come into the gallery. We try to make it easy and fun. By the end of the night, people don’t want to go home because they are having such a great time.”

Porcshe Moran is a lifestyle journalist and content creator in mid-Missouri. She freelances full-time through her business, PNM Media.