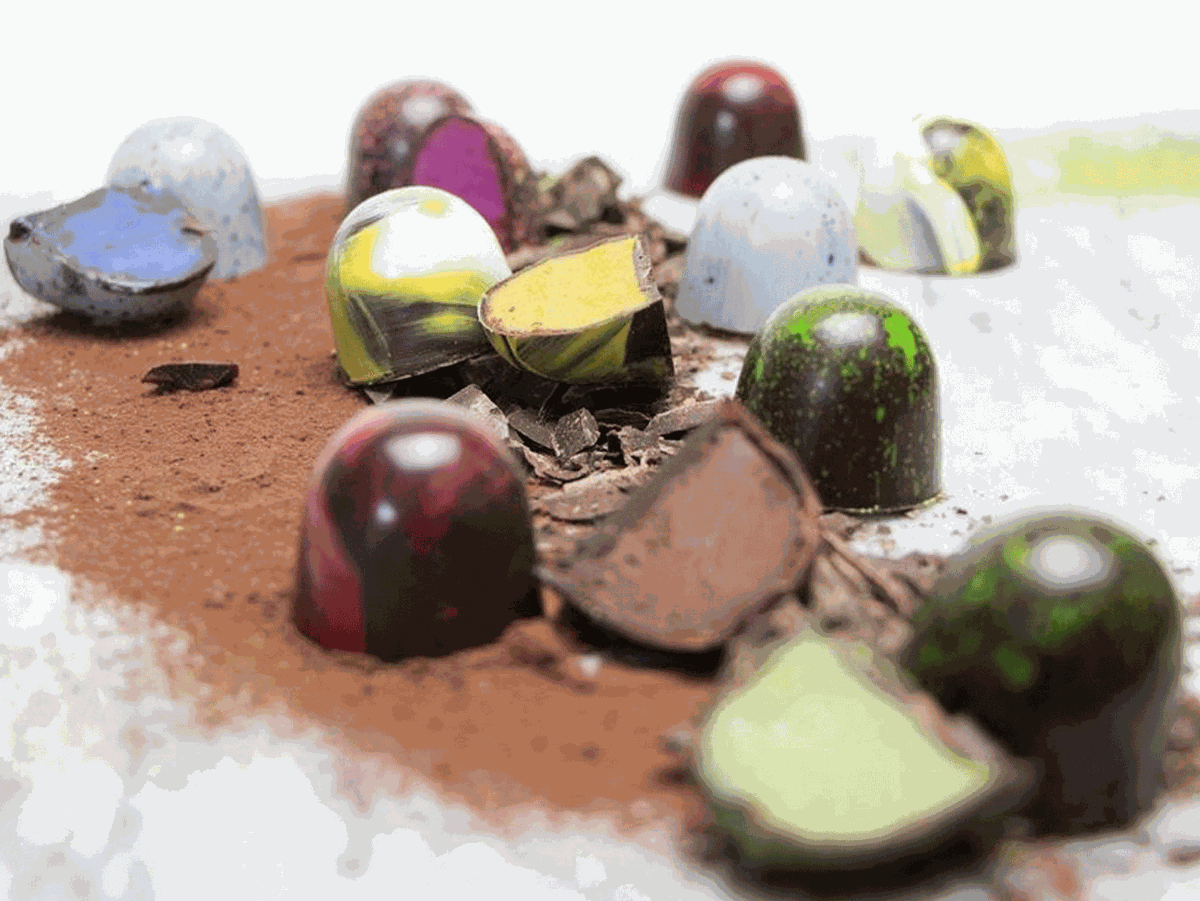 Featuring gorgeous designs and nutrient-rich ingredients such as elderberry and turmeric, the chocolate confections from Tsokolate are one-of-a-kind. 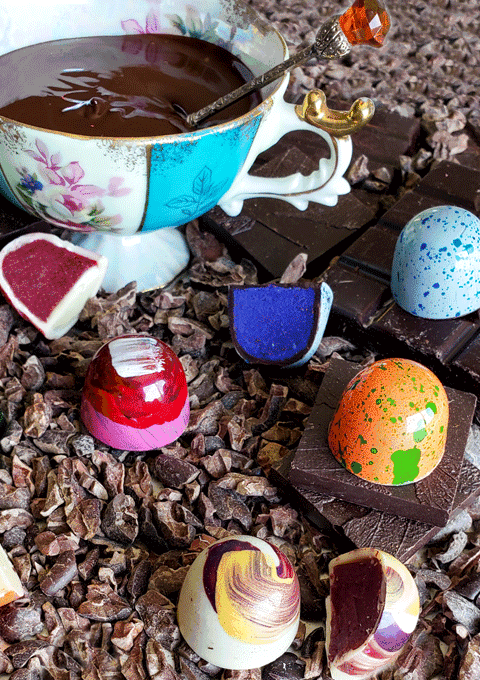 Tsokolate owners Elle and Jan Sanchez decorate the exteriors of the bonbons with different patterns in colors that reflect the superfoods mixed into their ganache centers.

Making waves in the food-and-drink industry is more or less family tradition, as the sisters’ relatives have been opening and running restaurants and catering businesses in the Philippines and the U.S. for generations. In 2008, Elle started a Los Angeles-based catering company with their brother, and when Elle and Jan moved to New York, they transformed it into Sweet Saveur, a dessert company that specializes in allergen-free baked goods.

After nonprofit work brought them to Columbia, the sisters decided to dive deeper into health-conscious indulgences. And so, Tsokolate and its superfood bonbons were born.

“We mindfully create chocolate and desserts that taste great and also bring nourishment to the body,” says Jan.

The bonbons – the first of their kind, according to Jan – contain nutrient-rich ingredients such as golden milk, which contains turmeric, cinnamon and ginger, and moringa, which is rich in antioxidants. Blue Majik Spirulina, one of Tsokolate’s most popular options, features a ganache made with blue spirulina, a plant-based protein with anti-inflammatory effects.

The sisters work with fruits, vegetables and other ingredients – from beetroot to dragon fruit – found in the Philippines to pay homage to their home country. “[Tsokolate gives us] an outlet to showcase our culture and cuisine, give recognition and credit to cacao farmers and educate people about where chocolate comes from,” explains Jan.

Besides their impressive nutritional value, Tsokolate’s bonbons are aesthetically pleasing. Drawing on their art backgrounds, Elle and Jan decorate the exteriors of the chocolate confections with different patterns in colors that reflect the superfoods mixed into their ganache centers. The Red Swirl Chili, for instance, features red and black marbling, while the Papaya is bright orange with splatters of Kelly green. Maybe the most elegant, the Black Sesame is all black with a streak of gold.

Emily Wasserman is a contributing writer at Feast. She enjoys cooking, baking, hiking and traveling whenever possible.

In Columbia, Waves Cider Co. is restoring cider’s roots in Missouri – one apple tree at a time