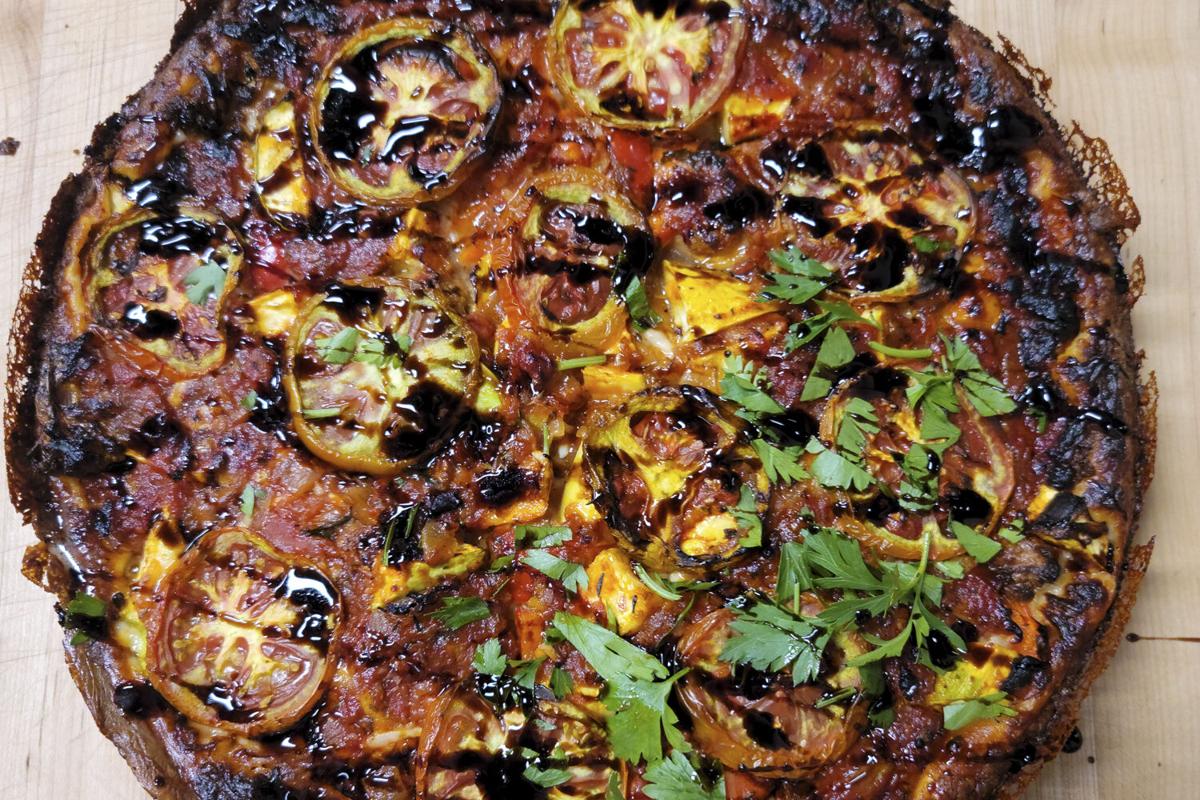 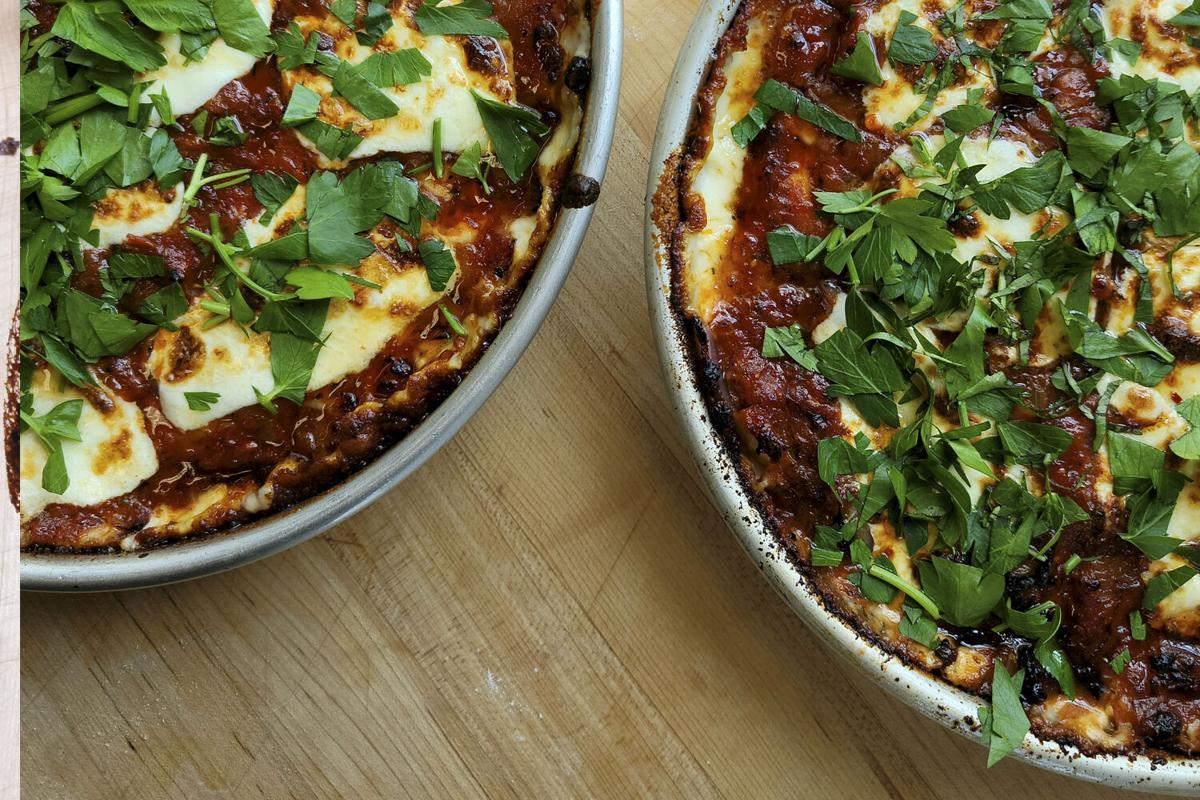 At the Thunder Pies pop up, guests can choose between five 12-inch Chicago-style pizzas.

On special occasions, Casey Callans’ family frequently enjoyed Chicago-style pizza together. “It has an interesting reputation, but it’s always been near and dear to my heart,” Callans says. “It’s one of my favorite gluttonous foods.”

Since moving to Columbia, Missouri, more than five years ago, Callans, who currently works at Beet Box, has craved deep-dish pizza but wasn’t able to find it anywhere in town – that’s when the idea for Thunder Pies was born.

On Oct. 2 from 5.30 to 8.30pm, Callans will host a Thunder Pies pop up at Beet Box. Guests can choose between five 12-inch pies; each Chicago-style pizza serves two to four people and costs $40.

Callans developed all of the recipes, from the ThighMaster (bacon, broccolini, aged Cheddar and lemon) to the Filthy Vegan (fried cauliflower, red pepper, summer squash, tomato and balsamic glaze). Despite its name, the latter isn’t vegan because of the unique burnt cheese crust that Callans uses on all the pizzas.

“This was my first time working with dough, so trying to figure out the nuances of the perfect pizza crust was a learning process,” Callans says. “I wanted a crust that was chewy but also kind of crunchy on the bottom – something that was nice and thick, which could hold all the toppings and not fall apart. The burnt cheese crust sets the pies apart; it’s really what makes them so damn good.”

The pizza sauce is an equally important element, and Callans describes it as slightly sweet with a bit of heat from red pepper flakes. The toppings of the pizzas combine classic and surprising ingredients; The Meatballs, for instance, features meatballs, giardiniera and fresh fennel, while the Cottage Core is smothered in mushrooms, caramelized onions and truffle chèvre.

Callans has always been a casual at-home cook, but after college, they got their first job in a restaurant kitchen, where they gained more knowledge and skills. They’ve worked at Nourish Café, Cafe Berlin and now Beet Box.

In the future, Callans hopes to host Thunder Pies pop ups twice a month. Keep an eye on Instagram to see when the next one will be.

Logboat Brewing Co. is gearing up for a major expansion in Columbia

The popular craft brewery is nearly doubling in size, allowing for an expanded outdoor experience and more production space inside.

One of the highlights of the farm is a spectacular grove with almost 60 pawpaw and persimmon trees.

Feast 5: Beet Box's Zoe McDermit on her love of plants, cooking with dates and eating pie for breakfast

She's the pastry chef at the popular Middle Eastern-inspired restaurant in Columbia, Missouri.

At the Thunder Pies pop up, guests can choose between five 12-inch Chicago-style pizzas.