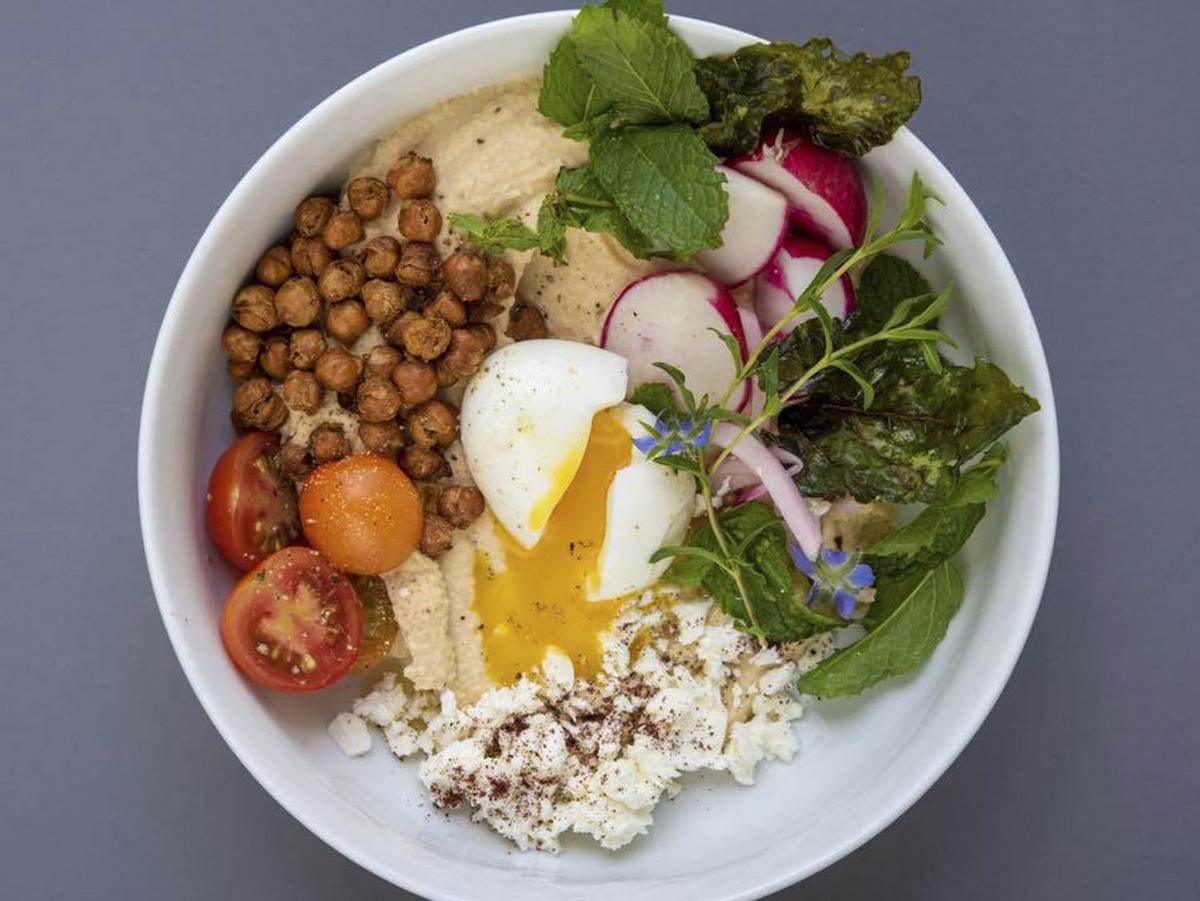 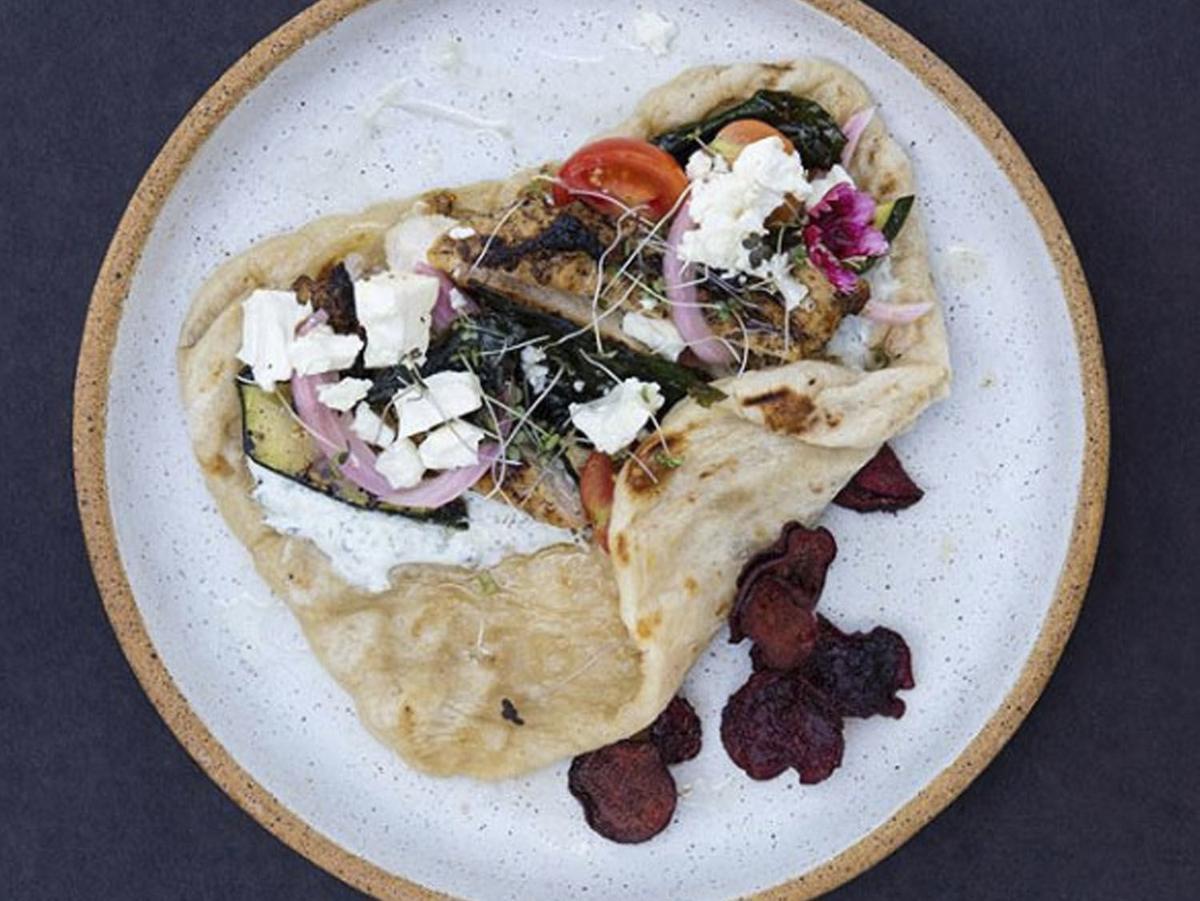 Logboat Brewing Co. is getting a new neighbor, and it’s the best kind of neighbor – the one who brings food. Chefs Ben Hamrah and Amanda Elliott of Peachtree Catering (who's also a Feast columnist) plan to open Beet Box, a farm-focused, fast-casual restaurant that highlights the dynamic flavors of Middle Eastern food.

The restaurant is set to open at 602 Fay Street, located just north of Logboat, in August. Hamrah revealed plans for the restaurant at a pop-up event at the brewery in early June, where the duo (who are also known for their Sunday Supper events) served a menu featuring pork shawarma, lamb kebab, falafel, smoked chicken, and a giant s’mores cookie – a taste of what Beet Box will begin to offer in late summer.

“The Middle Eastern vibe is one of the many reasons [Amanda and I] hit it off from the beginning… so we’re really excited to have developed a pretty big following and group of people who enjoy that style of food and freshness that she does,” Hamrah says.

Logboat Brewing Co.’s Second Location in Columbia Will Be an 'Adult Version of Willy Wonka'

The Columbia, Missouri, brewery is ready to expand and create new styles of beers.

The menu will host a small selection of staple dishes as well as a coffee menu, but the focus will be on fresh, seasonal specials. “We may get a bunch of chicken necks and chicken legs in and decide to make pho that week,” he says. “That’s the thing that I think we’re both most excited about, is to continue to develop that following from people who don’t necessarily come to get one certain dish, they just come because they know they’re going to get good food.” True to their collaborative style of cooking, the menu will feature ingredients and items from a variety of local farms and businesses, including Shortwave coffee, which will provide the beans for coffee and espresso drinks.

Beet Box will be the first restaurant to open near Logboat, which serves only beverages, but has always welcomed food trucks and pop ups on the lawn. Hamrah says he’s excited about the many collaborative opportunities being in such close proximity to the brewery allows, including the idea of a picnic. “We’re working with Tiffin boxes, they’re like stackable bowls, there’s three of them that stack on top of each other and snap at the top and you carry them like that,” he says. “We’re going to have a deal where they can come in, pay a $20 deposit, get the Tiffin, glasses and then come over [to Logboat] and chill in the yard and have some good food and drink some Logboat beer.”

The concept for a Beet Box restaurant has been in the works for more than a year, Hamrah says; they’ve just been waiting for the right location. “That space came across our desk and we jumped on it – quick,” he says. Local artists will help design the roughly 28-seat eatery, which has a garage door that will open during favorable weather.

This new beginning comes as Peachtree prepares to shutter its event space in south Columbia in the spring of 2020, closing out more than two decades of hosting weddings, parties and other celebrations. But fans shouldn't worry – although Peachtree will no longer be hosting large events, Hamrah and Elliott will still be available to cater your celebration from the Fay Street location. “In January, we’re moving everything over from Peachtree into this kitchen, so it’s going to be a shared space,” Hamrah says. “So about half of it is Beet Box, and then it’ll be an open, communal kitchen for all of our cooking for Peachtree there as well. It’ll be a lot of fun to have both under the same roof.”

Hamrah and Elliott are looking forward to planting new roots in their community, one that continues to welcome a variety of global flavors created with seasonal, local ingredients. “Columbia’s so cool and just so food-focused now, that it’s a really fun place to be and have that type of mentality and have it be appreciated,” Hamrah says. “That’s kind of the dream where cooks are concerned – to not have to tell people what the menu is and just cook what we want to.” Keep an eye out on Beet Box’s social media for updates about when you can get a taste of what they’re cooking up on Fay Street.

The one-night-only pop-up dinner will highlight the two restaurant's fare.