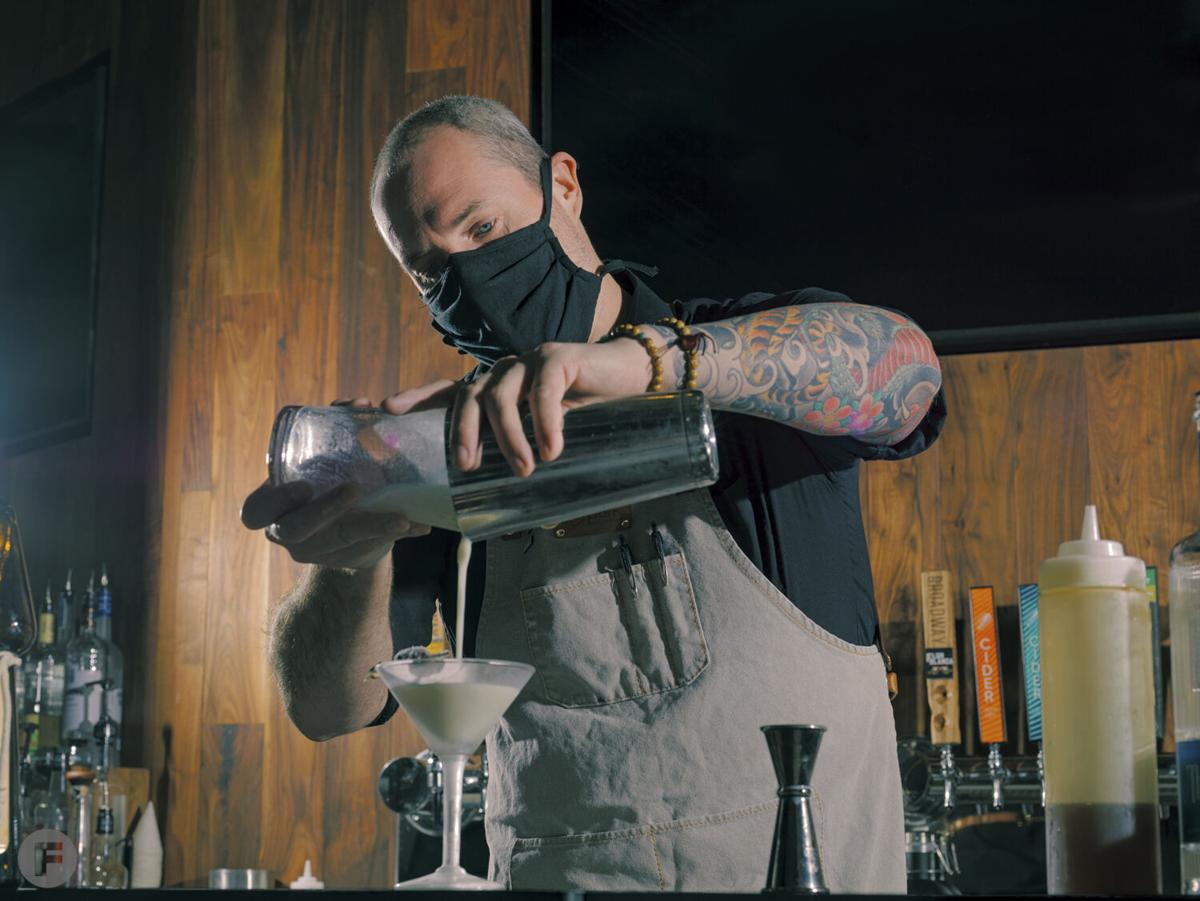 Marcus Falkowski of Park Restaurant and Bar in Columbia, Missouri. 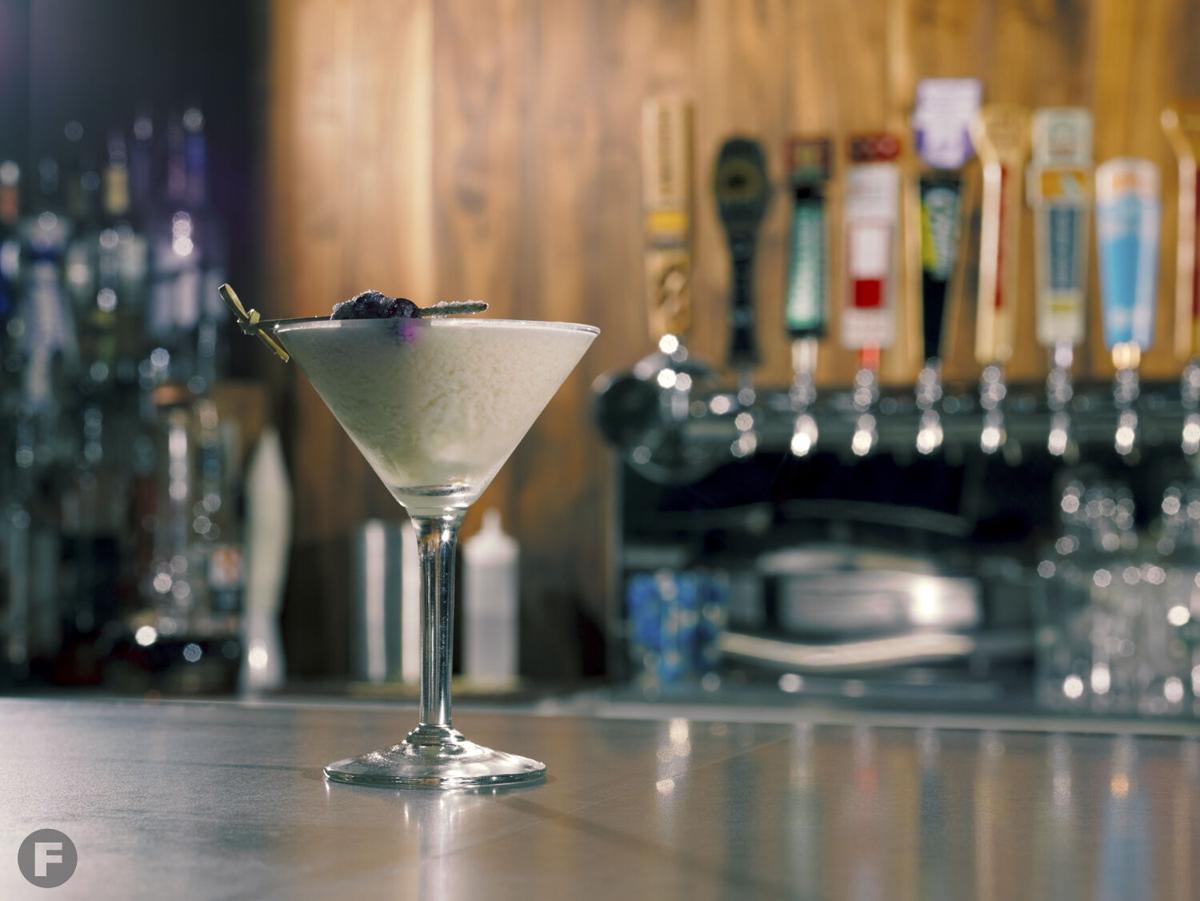 Marcus Falkowski of Park Restaurant and Bar in Columbia, Missouri.

While scanning shelf after shelf of beer, wine and spirits at your local market, have you ever wondered why there are so many varieties of alcohol? “It’s simple,” says Marcus Falkowski, a bartender at Park Restaurant and Bar in Columbia, Missouri. “Everyone has a different palate. If we all enjoyed the same flavor profiles, there would only be one beer, one wine, one whiskey, one vodka, and the world would be pretty bland.”

Here, Falkowski shares some of his experiences in the hospitality industry, along with the pairings he recommends you try the next time you’re in town.

Tell us a bit about your beer, wine and spirits background. I managed Jubilation Wine & Spirits in Albuquerque, New Mexico, for five years – part of a 15-year span in which that particular liquor store was rated the best liquor store in the state. Working there, I learned about the Cicerone Certification Program and started taking courses about where beer comes from, how beers are supposed to be made, how they’re supposed to taste, proper ways to handle and store them, etc. My co-workers and I all reached level one of the certification program – becoming a Certified Beer Server – so that we could properly educate our customers on beer. But there are so many ways to learn about alcohol. The Oxford Companion to Wine is a great book to read if you really want to learn about wine; it has an exuberant amount of information. There’s also a cool little book called Michael Jackson’s Complete Guide to Single Malt Scotch – not Michael Jackson the pop singer but another gentleman by the name of Michael Jackson. He’s categorized every single malt scotch out there with liquor profiles and notes. It’s fun to taste them on your own and see how your drinking experience compares to his.

How does your cicerone certification affect your work at Park? It’s actually really helpful because we have more than 22 rotating draft beers at Park, and I’m able to taste them and educate the staff and customers on their origins, flavors and how best to pair them with food. A lot of people drink beer as beer instead of as a pairing, but beer pairs with food just as well as wine does. For example, IPAs pair really well with our Patchwork Family Farms pork porterhouse. Some people find IPAs to be too bitter and aggressive, but when I drink IPAs, I get more grapefruit and pine resin characteristics from them. And I think IPAs complement the sweet and savory elements from the pork fat and the sweet chile glaze that we use on the porterhouse.

What inspires your cocktails? When I moved to Hawaii about five years ago, I met Issa Hilweh, the owner and operator of the Hilo Town Tavern, and I give him a lot of credit for inspiring my cocktail creations. A bartender himself, Hilweh gave us free rein to get creative, try different recipes and make new things – whether they wound up being good or bad. A lot of what I do at Park is inspired by the lessons I learned in Hawaii: Use whatever you have available and try to make the right drink for the climate and the customer. You don’t want to serve spiked hot chocolate in the middle of summer because that’s just not conducive to a pleasurable drinking experience. In the summer, cocktails should be light and refreshing and maybe even involve fresh fruits versus winter cocktails that should be heavier on the spices to create that savory element.

What cocktails have you developed recently? This past winter, I created a blueberry muffin cocktail. When I was a kid, my mom used to bake fresh goods all the time, and blueberry muffins were one of my favorite things. So I thought, how can I transform that into an adult beverage? The nose of the blueberry muffin cocktail has a burst of fresh blueberries. You also get hints of cinnamon and nutmeg topped with an overall sense of sweetness similar to the aroma of baked goods fresh out of the oven. That translates to the palate, along with hints of hazelnut. It’s one of those drinks where you don’t realize you’re drinking alcohol. It’s so delicious, you don’t even care about the calories. This summer, I might make something with yuzu. I spent some time in Japan, and I was blown away by their craftsmanship and the different ingredients at their disposal. I’d love to try to create a few cocktails that remind me of some that I had there.

Do you have a favorite cocktail ingredient? I try to be as versatile as possible behind the bar, but every so often, when I’m in a crunch, I do have a go-to liqueur – which I call “bartender’s glue” – and that is St-Germain elderflower liqueur. It has a distinctive flavor from the elderflower with a slight sweetness, and it can easily enhance the flavor profile of a lot of beverages, like a classic gin and tonic. You can also use it with infused liquors. At Park, we have a rosemary-infused gin, and I’ve made a couple drinks with that and St-Germain elderflower liqueur, which have been successful.

Do you have a favorite beer from Columbia? Right now, my favorite brewery in Columbia is Logboat Brewing Co. The staff are super friendly and knowledgeable – they’re always ready to answer any questions. My favorite beer from there is the Snapper American IPA. It has a touch of sweetness backed by the typical bitter characteristics of an IPA. The beer pours with a beautiful pale-golden straw color, and it has really nice carbonation. If I’m looking at the small plates at Park, I would pair it with the calamari or the spinach-artichoke dip. The fish flavor of the calamari and the splash of citrus you use on it pairs well with the grapefruit and pine resin tones of the IPA. The porterhouse, again, would also make for a great pairing.

You moved to Columbia last August. What’s your impression of the city’s food-and-drink scene so far? I think there are a lot of hidden gems in Columbia; it’s not just barbecue and burgers – although the burgers at Booches are awesome. This isn’t just a college town. The restaurants and bars here are stepping up and providing the locals with some great options.