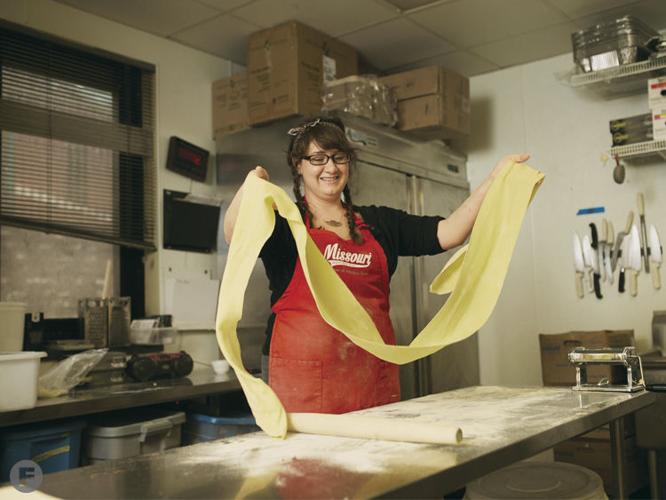 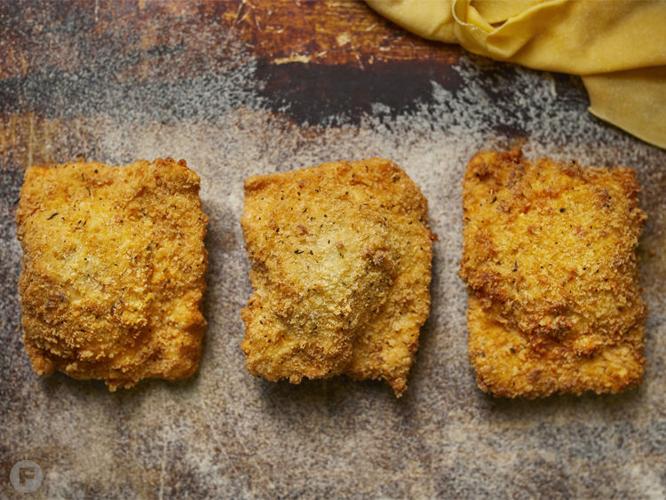 How did Sidebar get started? I travel a lot [because] I manage Ozark Mountain Biscuit Co.’s festival kitchen. So when I came home, I didn’t really want to work on the food truck; I wanted to be more creative, and I had this venue of Cafe Berlin available to me. I’ve worked in local foods in Columbia for over 10 years now, so I know a lot of local farmers, and it just kind of came together.

How do you plan your pop-up menus? Every menu starts with visiting a farmer. I need to know what’s available and when. Once I have a taste or an idea, I visit farms and stores, make phone calls and cook all day and night. I think about food constantly. I really like to study and make lists of "flavor affinities" – enhancing flavors by combining them.

Why focus on plant-based meals? I went to a vegan culinary school in Austin, Texas, 12 years ago. My grandparents are from Sicily, so I kind of organically have this love of cooking plants with an Italian slant.

You get a lot of your produce from your neighbor, Tony Speichinger. How does that work? He’s a 74-year old man who lives down the street from me; he’s lived in my neighborhood for over 50 years. The houses kind of built up around him, and he’s got a couple plots where homes would be, but instead it’s his farm. He offers to grow whatever I want or need for the next season. When I worked at Broadway Brewery, I’d see him come in, and he’d deliver produce and hang out in the kitchen and chit chat. [This year] I’m going to ask him to plant a lot of eggplant. It’s always been [one of my favorite foods] but I think I really learned how important it is to me on this trip [to Italy]. I’m taken to another place when I eat roasted eggplant with tomato sauce and ricotta or Parmesan. There’s just so many ways to cook eggplant and get different textures, and I’m really interested in that.

How has your trip to Italy inspired Sidebar? Traveling to a new city every two days, I really got a taste for how important regional and local dishes are. I thought that was so special. One dish I'm excited to introduce to Sidebar pop ups is called panzerotti fritto; it's a fried pizza pocket. Among several tasty fillings, I'll be making fresh mozzarella to go inside. I’m going to be doing a lot of recipe development over the next year; I’m just trying to pick a place to start. I want to bring gnocchi to the farmers’ market, and I want to find great ways to make fresh pasta and package it for sale. Once all of our spring produce starts rolling in, I’d really like to package up some sauces to pair with the products.