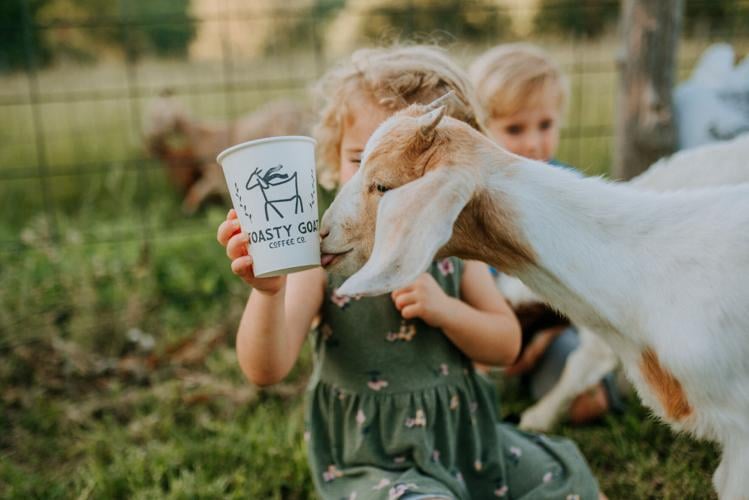 Legend has it that coffee was discovered by an Ethiopian goatherder. 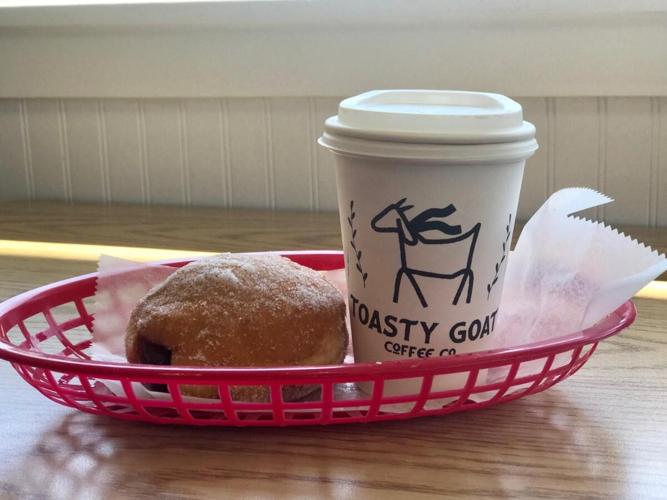 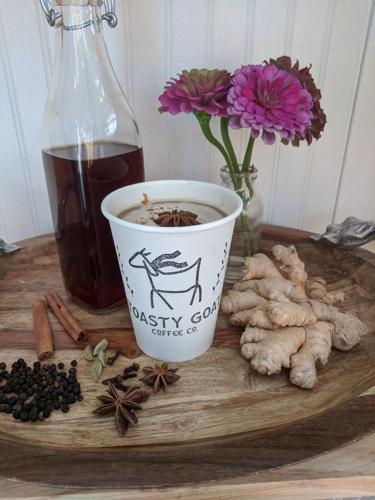 Toasty Goat has different offerings based on the day, such as chai. 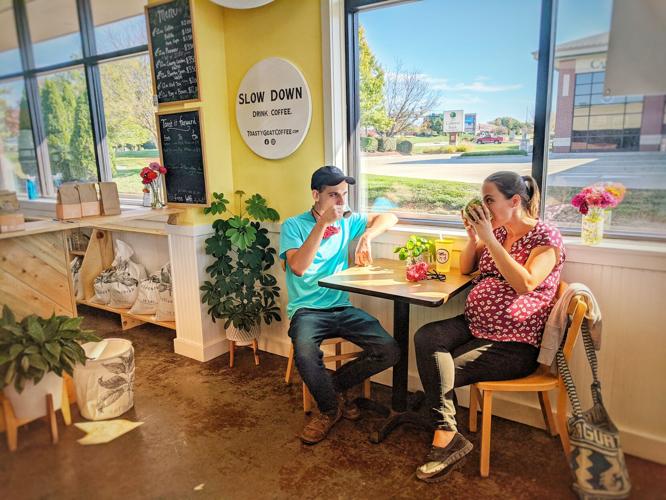 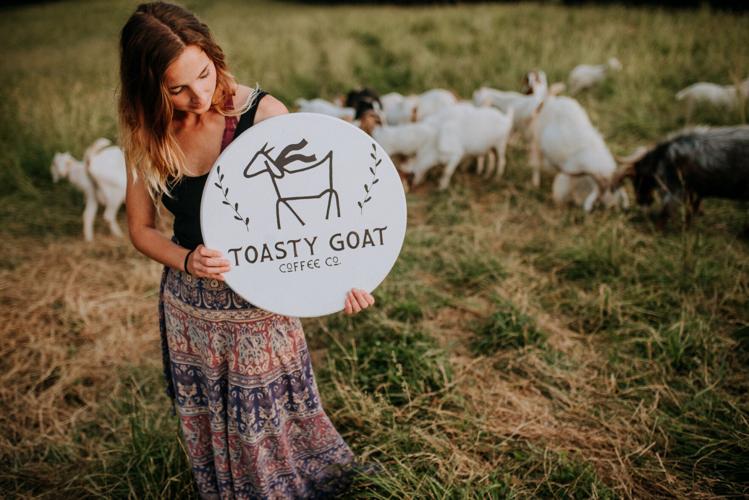 Co-owner Danelle Prevette poses with the Toasty Goat logo, plus some goats. 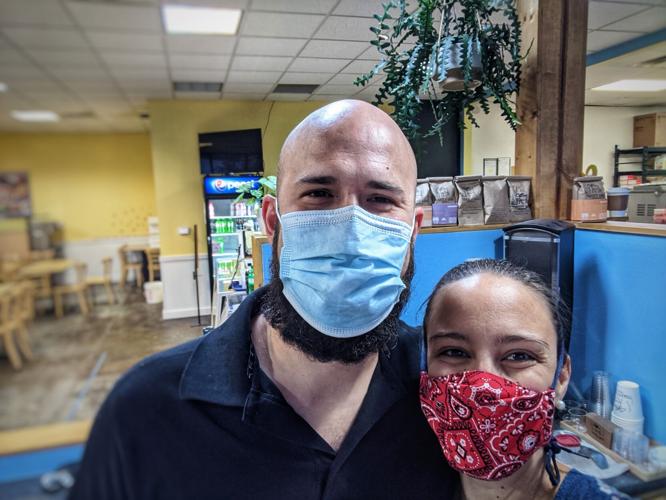 West Columbia now has its own coffee roaster, and soon, it will have its own independently-owned coffee shop.

Toasty Goat Coffee Co. is now serving coffee inside Donut D-Light on Columbia's west side. The coffee company is owned and run by two local couples: Josiah and Rachel Bryan, along with Rachel's brother, Nate Prevette and his wife, Danelle.

They all play different roles in addition to their full-time jobs. When Rachel and Danelle are not at the cafe, they are at home taking care of their kids. Nate is a full-time nurse who is also in school to become a nurse practitioner, and Josiah teaches at Mizzou while also leading the roasting operations.

The idea originally came from Rachel and Danelle, who are in a mom group together. A couple local moms were discussing how great it would be to have a coffee shop in Columbia where kids were more of a consideration; parents wouldn't have to search endlessly for a highchair or be worried about a crying kid disrupting multiple people studying. The idea took a back seat when both woman had second children, but when some friends started their own coffeeshop in Fayette, Missouri, it seemed like an idea that could actually work.

"We just started talking and thinking, 'I think we could actually do this. Why don't we try it?'" Josiah says.

The name is inspired by the legend that coffee was discovered by an Ethiopian goatherder whose goats were perkier than usual after eating coffee cherries. The team also believes that coffee is meant to be a communal beverage enjoyed in warm, cozy and, particularly, toasty environments.

The coffee company has signed a letter of intent to open its own shop in a new development in western Columbia, but for now, you can buy Toasty Goat beans online and order Toasty Goat coffee inside Donut D-Light. The owners at Donut D-Light were looking to have someone run their coffee bar, given that the owners themselves don't like coffee. It presented a perfect opportunity for the Toasty Goat team; it gave them the space to roast their beans, build a following and serve coffee without the typical startup cost of a coffee shop.

"It's been a huge gift to be able to do that, cause then we don't have all of the overhead of having our own place right off the bat, and we can kind of get our feet wet, figure out what we're doing, get some people interested," Josiah says.

The company sources its beans through Coffee Shrub, a California-based green coffee distributor that prioritizes direct-trade relationships. Through Coffee Shrub, Toasty Goat's beans are currently coming from Brazil, Burundi, Ethiopia and Indonesia. Down the road, the coffee company would also like to develop its own direct-trade relationships with farmers.

For those who wants to enjoy Toasty Goat's beans at home, you can purchase them in-store at Donut D-Light or on Toasty Goat's website in 12-ounce packages.

Your summer bucket list: A food-lover's guide to getting outside this season

From farm dinners to kayaking adventures to foraging excursions, there's something new for you to do in Missouri this summer.

Now operating under a single set of owners, the shop is saying “hello there” for the first time.

Plan your perfect outdoor gathering with these pop-up picnic companies

Across Missouri, these businesses will make planning an extravagant picnic easier than you would've thought.

Calen Price is the front of house manager and drinks specialist at Cafe Berlin.

Legend has it that coffee was discovered by an Ethiopian goatherder.

Toasty Goat has different offerings based on the day, such as chai.

Co-owner Danelle Prevette poses with the Toasty Goat logo, plus some goats.