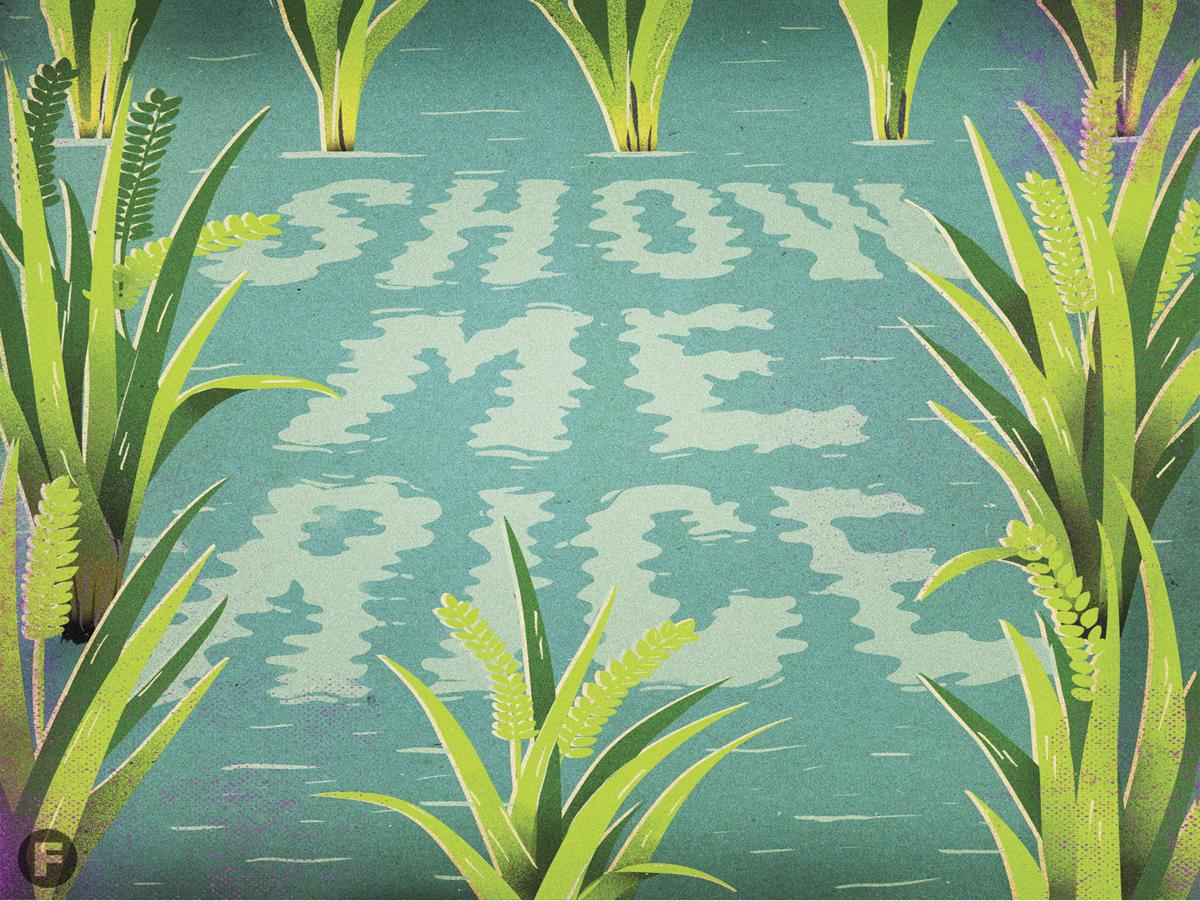 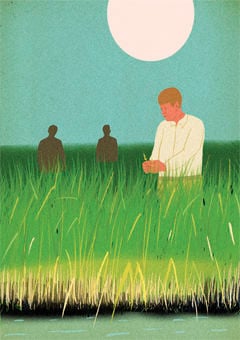 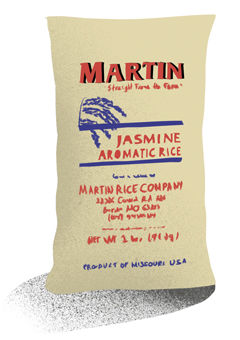 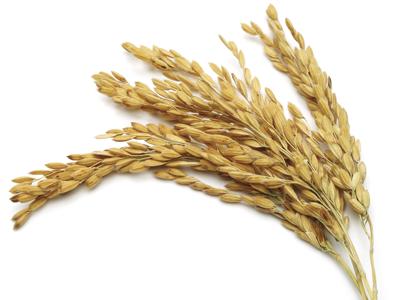 Mike Martin knows when it’s time to flood. He and his brothers, Tim and David, carefully monitor their 7,000 acres of farmland in southeast Missouri for signs of disease, weeds, insects, fungus and other agricultural perils. As third-generation farmers, they take their craft seriously; they test the soil every year and constantly walk the watery fields looking for anything that might harm their crop.

Agriculture runs on razor-thin margins, and one bad harvest can be detrimental to the entire operation, which, after half a century, counts more than 35 employees. Trucks, each bearing 44,000 pounds of rice, leave the farm daily – their contents bound for places as close as Springfield, Missouri, and as far away as Cuba and Taiwan.

Owners of Martin Rice Co. in Bernie, Missouri, the Martin brothers plant, harvest, mill and package jasmine, medium-grain and long-grain rice. “Rice is very common,” says Martin. “It’s not expensive. For what you get, rice is probably one of the most economical foods you can buy. But it’s hard to appreciate where it comes from or how it gets to your plate without learning how the process works. Most people don’t think about how elaborate [that] is: how hard it is to process and distribute [rice]. But it’s the world’s staple. Over half the population relies on rice as its main food [source]. So it’s something that at one level is taken for granted, but at another level, it’s demanded every day.”

The Martin family first settled in Bernie during the Great Depression. Martin’s grandfather moved his family from Arkansas in search of a better life, and the fertile land south of Cape Girardeau, Missouri, was a perfect place to farm. He didn’t know how he would pay for it, but he bought 160 acres and planted cotton, corn, soybeans, wheat and sorghum.

The area where the family farm is located was swampland for centuries until it was drained in the early 1900s and became famous for its Cyprus and oak trees. Timber companies scrambled to clear the land – building railroad tracks expressly for shipping the high-quality wood farther afield – but once all the trees were gone, the timber companies either sold their land or turned into cotton producers.

Because it was once a Mississippi River delta, the land is especially productive. This is aided even further by irrigation: An aquifer holds clean, pure water that can be reached through wells and used to water crops when needed. “It’s [like] a big garden down here where we’re at, just because of the weather that we have, the fertility of the soil and the water availability,” says Martin. “The water almost seems to replenish itself from one year to the next.”

The ample water supply makes this corner of Missouri ideal for rice farming, but Martin’s family didn’t begin in rice. Until the late 1970s, the U.S. government controlled the rice market; in order to legally grow rice, farmers had to have an allotment, and he did not. When the market finally opened up, Martin’s grandfather and father decided to throw their hat in the ring. It took a bit of trial and error, but the first year’s yield was better than they expected; it made more money than some of their other crops, so they planted more. After three or four years, it was clear that rice was a viable choice for the Martin family farm. Today, Martin credits the demand for rice – like many elements of American cuisine – to immigrants. People want a taste of home, he says, whether it’s Arborio rice from Italy or jasmine rice from Thailand.

Jasmine rice is three times stickier than the long-grain rice often used in American cuisine – though not as sticky as, well, sticky rice (a.k.a. glutinous rice). The name is a nod to its floral fragrance, reminiscent of pandan and popcorn, and as it cooks, jasmine rice releases an enticing nutty aroma that makes it ideal for dishes such as curry, pilaf and stir-fries. Traditionally boiled and then steamed, it may look like basmati rice, but once it’s cooked, jasmine rice is moister and clings together better, which is helpful when you’re trying to pick up every last grain with a pair of chopsticks.

Although much of the jasmine rice available in the U.S. is imported from Thailand, Cambodia, Laos and Vietnam, Martin Rice Co. has been producing its own version of the long-grain sticky aromatic, with its signature flavor profile, for almost 20 years. Adding it to his crop portfolio was a no-brainer, says Martin. At the time, the high demand for jasmine rice simply wasn’t being fulfilled, and the product that was available wasn’t grown locally.

Many consumers might not realize that rice is grown in Missouri, but the Bootheel is home to the fourth largest state rice industry in the country, valued at approximately $133 million. Martin estimates that as the U.S. population continues to diversify, the market for different types of rice will only increase.

“We’ve tried to pick the [rice varieties] that we like. We’re just like everybody else,” says Martin with a laugh. “We want the best flavor and the most aromatics – the total package is what we like.”

Each year, the Martin brothers begin planting rice in April or May using a technique called drill seeding. A seed drill pulled by a tractor evenly distributes the rice seeds, planting them deep in the ground where the soil has more moisture. This allows the seeds to germinate and grow, though sometimes irrigation is needed. Once the seeds are sowed, Martin says they “baby” the crop, making sure it has enough water while keeping out weeds, insects and fungus.

“This [past] year, it was very rainy, very cloudy,” says Martin. “We had all kinds of different weather that we’re not used to, so we were out there just looking to see how that [was] affecting the plants and how [the rice was] responding.”

Once the stalks of rice are anywhere from five to eight inches long, it’s time to flood the fields – the part of rice cultivation most people are familiar with. Places such as Thailand and Vietnam are known for their striking terraced rice fields, but in southern Missouri, the fields are relatively flat. Rice actually doesn’t need to be flooded to grow – it simply tolerates high amounts of water that weeds do not, making flooding an effective, natural way to keep those pesky plants at bay.

“We've tried to pick the rice varieties that we like. We’re just like everybody else. We want the best flavor and the most aromatics - the total package is what we like.”

At this point in the growing process, the brothers scour the fields, diligently tending their crop. As summer begins to wane, the rice plants develop heads, just like grass would if it wasn’t mowed; this is where the kernel of rice itself is formed.

“When the grain is being formed, it’s a liquid inside there,” explains Martin. “The hardening of that liquid determines whether that kernel will stay intact or not through the milling process. If you don't harvest and dry it properly, you’re not going to have a good quality product.”

Martin knows it’s time to harvest when the seeds’ moisture level is down to 18 percent – in Bernie, that’s usually in September – but the rice can’t actually be processed until it has 13 percent moisture or less, or else the kernel won’t harden properly. Larger producers often use a drying machine that dries the rice quickly so that it can be harvested as soon as possible. Martin Rice Co. transfers the harvested rice to giant tanks specially designed to house rice, where it slow-dries the grain. Each variety of rice – jasmine, medium-grain and long-grain – has its own tank.

For many years, drying the rice was the end of the road, so to speak, for Martin Rice Co. But in 2000, the family installed processing equipment and transitioned into a vertically integrated operation. Now it sees the rice from seed to table.

Martin’s father, Sonny, was a charter member of the U.S. Rice Producers Association, and through his work to promote the rice industry, he met buyers from Turkey. For years, they implored him to try growing their preferred variety because Turkish producers couldn’t meet the local demand. Eventually, they sent him some seed to try. Sonny and his sons realized they needed a contingency plan: What if they grew acres and acres of this specialized rice and the Turkish buyers backed out? The need for a mill became clear.

In the milling process, the outer hull of the kernel is removed, resulting in brown rice. To get white rice, the milling equipment “polishes” the brown rice by friction to take the bran layer, or brown layer, off. The rice may be white at this point, but Martin assures there is plenty more to do. Before it goes into the bag, the white rice goes through rounds of cleaning, aspirating and sifting; the pieces are sized and then a machine looks at every kernel to make sure it’s the correct color, size and shape. Once milled, all of the company’s rice is processed and shipped within a few days. As Martin iterates, they don’t mill rice just to be milling rice – they already have the orders in before they process a single grain.

Martin Rice Co. uses every part of the rice: Broken kernels are sent to breweries to be used in fermentation or pet food companies to become products such as lamb and rice dog food, or made into rice flour; the hulls become animal bedding or insulation, and the bran can be made into high-grade cooking oil. Medium-grain rice is also grown to sell to cereal companies to make puffed rice.

The vertical integration at Martin Rice Co. has allowed the company to grow more rice than ever before, but Martin stresses that he’s a farmer first. “We haven't forgotten where we came from,” he says. “We’re farmers by trade. My grandfather was a farmer, my father was a farmer, I'm a farmer, and now that we have a rice processing facility, we’re still farmers. We still own the land, we still walk in the fields every day. At the same time, my whole mentality has been, let’s try to take this all the way to the consumer. Let’s try to take this to the table. So we’ve tried to develop new varieties – like the jasmine [rice], for example – and look for niche markets that haven’t been touched by any producer in the United States.”

Martin says he hopes the fourth generation of the family will grow up and keep the business going, but until then, he and his brothers plan to go where the rice market takes them. They ship across the country and all over the world as it is, but as technology gets better and freight gets cheaper, Martin Rice Co. aims to reach even more dining room tables.

“I’d really like people to be more educated about where their food comes from,” continues Martin. “I think it’s important for everybody to ask questions and to learn more about it because food doesn’t come from the store – it comes from a producer that made it, whether it’s cheese or meat or grain, even these new no-meat burgers – those are made from textured soy protein or something that came from a farm. Any time anybody asks about rice, I generally take the time to try to answer any questions [they have] or educate them because I think it's important. I'm inquisitive in that way, and I like for other people to be inquisitive too.”

As COVID-19 Upends the Industrial Meat-Processing Industry, These Local Producers Are Staying Ahead of the Pack

From Delivery Boxes to Drive-Thrus, These Local Farmers’ Markets Are Rising to the Challenge Amid COVID-19