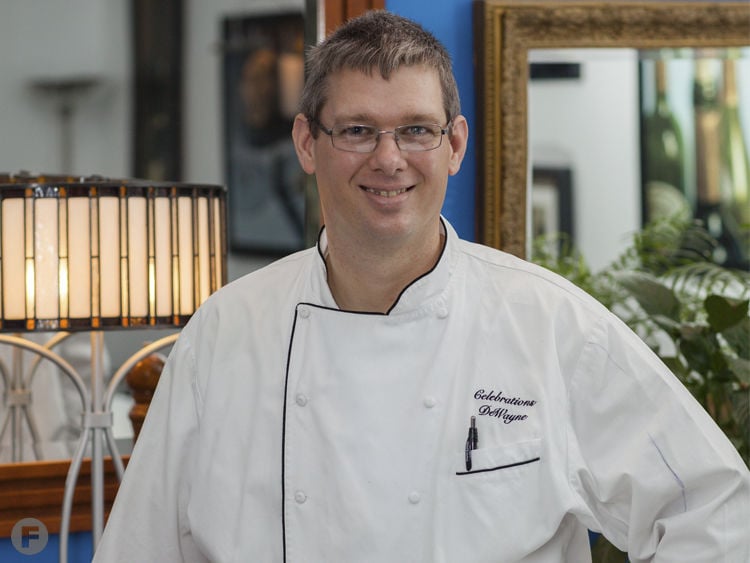 DeWayne Schaaf is chef-owner of Celebrations Restaurant and Ebb and Flow Fermentations. 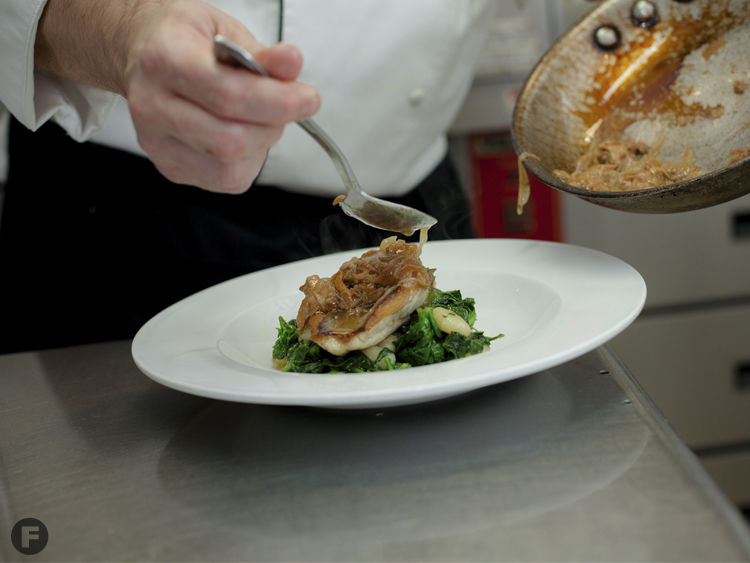 Schaaf finishes a dish at Celebrations. 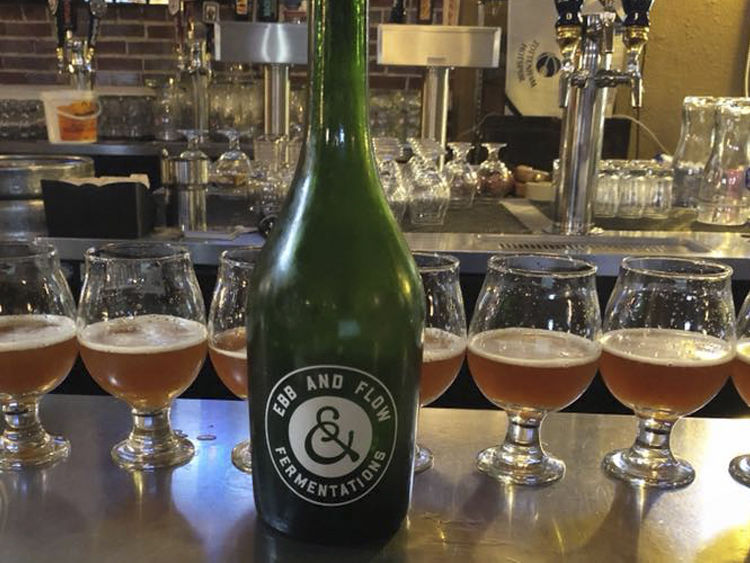 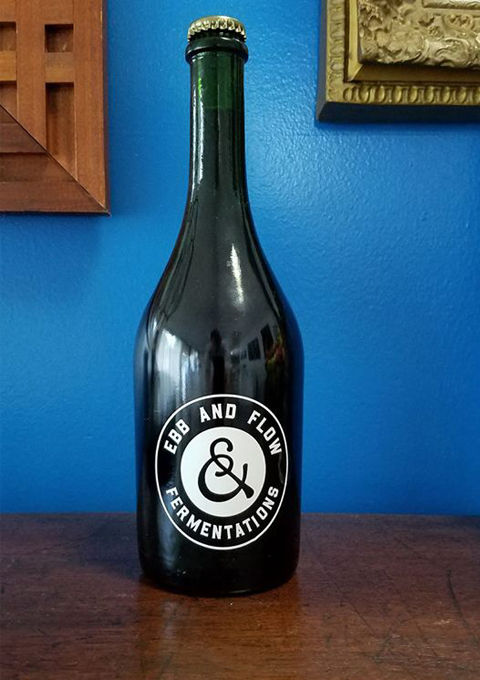 DeWayne Schaaf is chef-owner of Celebrations Restaurant and Ebb and Flow Fermentations.

Schaaf finishes a dish at Celebrations.

Since taking the reins, Schaaf has made some menu changes, including adding more locally sourced and foraged ingredients, and adding a monthly wine club that offers wine flights paired with small plates. He’s also reconfigured the restaurant to function as both a fine-dining destination – just as it’s been for the past two decades – as well as a more casual bar and bistro.

“The back half of the restaurant is more of an elevated, fine-dining restaurant, and then the front half, where the bar's at, that’s going to be slightly more casual,” Schaaf says. “I want a place where people can come in and have the exact same food, the exact same level of service [as on the fine-dining side], but it’s just a little lighter [and casual].”

The chef aims to retain the restaurant’s prestigious reputation while also pushing the menu and experience forward for diners.

“The restaurant will always be affiliated with the [Allens], so I asked for their blessing to change things, and their answer was an overwhelming yes,” Schaaf says. “It’s been nice, because there’s been a lot of positive feedback so far.”

In addition to taking over Celebrations, Schaaf recently announced plans to open a new venture in Cape Girardeau: Ebb and Flow Fermentations, a brewery and tasting room slated to celebrate its soft opening at 11 S. Spanish St. this summer.

“Part of the reason I didn’t want to add brewery in the name is that my hope down the road is that we do a little more than just beer,” Schaaf says. “In addition to that, there’s going to be a lot added into it – honey-based things, some cider-beer combos, these blends of different things. I didn’t want to pigeonhole myself to one thing.”

An avid homebrewer for more than a decade, Schaaf has been particularly passionate about brewing sour and wild/mixed fermentation yeast beers for the past six years. “Those beers were hard to find down here [in Cape six years ago],” he recalls. “If I wanted to drink a sour or funky beer, it was nearly impossible for me to get. Even at the restaurant, being so far out, the reps that had them usually didn’t call on us down here.”

So Schaaf did extensive online research to learn as much about brewing as he could, including joining a Facebook group where brewers from around the world shared their knowledge and experimentations. “And I started getting into yeast swapping around the world,” Schaaf says. “I’ve had yeast go to six continents – 47 countries, including Thailand, Japan, Tasmania and Mexico – and 36 commercial breweries worldwide use my yeast.”

At Ebb and Flow Fermentations, Schaaf is working alongside brewer Brandon Simmons; they’re planning a mid-July opening, at which time it will function only as a beer bar; Schaaf hopes to open the full-fledged brewery up and running for a September grand opening. Current beer recipe testing for the brewery includes four fruit variants made with the same Lithuanian yeast strain: one brewed with cherimoya, another with mamey sapote and a third with banana-passionfruit. Schaaf isn’t sure about the fourth flavor yet, but says maybe honeysuckle.

“We’re not planning on having a core lineup at all; it’s going to constantly rotate,” Schaaf says. “We want to push beyond what people expect and try new things that you don’t ever see.”

In addition to Ebb and Flow’s beers, Schaaf plans to serve a menu of seven to eight small plates at the tasting room. Located inside the late, great Molly’s in Cape, Ebb and Flow will make good use of the former restaurant’s courtyard garden, both as additional seating for the brewery and as inspiration for the beers and food served itself.

“The owners of the building are Bert and Mary Ann Kellerman, and the courtyard is named Stella’s Garden for Bert’s mother,” Schaaf says. “We’re planning on having a quarterly Stella’s Garden release based on what’s in the garden and what we can do with it.”

Look for a prickly pear and jasmine blossom beer and another featuring cranberry, apple and baharat,