There are only 70 sake samurais – dedicated educators and advocates of the Japanese spirit – in the world, and one of them will be coming to St. Louis next week. Internationally renowned sake samurai Monica Samuels is collaborating with Nippon Tei to create a sushi and sake dinner, highlighting sake in a variety of cocktails crafted by beverage director Kira Webster and pairing them with a specially designed food menu from chef Nick Bognar.

"I think sake is something that gets really overlooked in this city, but because of the NA cocktail and spirit movement, it's starting to pick up some momentum because it's lower ABV," Webster says. "Sake has the most umami notes out of any other spirits, so it goes well with a lot of different foods."

After Webster won second place at the United States' first National Shochu Competition (a contest for mixologists), Samuels connected with her on social media to congratulate her. Soon after, Samuels invited Webster to join her on a panel at Bar Convent Brooklyn, where the two spoke about incorporating umami flavors into cocktails by using sake, mushrooms, fish sauce and soy sauce. Later, Webster invited Samuels to St. Louis to collaborate on an event at Nippon Tei, where sake would have a chance to shine.

The dinner will kick off with sparkling sake as a welcoming cocktail. A nigori ("cloudy") unfiltered sake and a riff on a Vesper cocktail - with sake replacing the traditional vodka - will also be featured. The cocktails will come in small shot pours. "That way no one gets too hammered during the dinner. We can always top people off as we go," Webster says.

For the food menu, Bognar focused on bringing in those umami flavors that sake complements so well. Webster says she's most excited about the miso black cod and the hamachi crudo. "The hamachi crudo is going to have hamachi, jalapeño-infused ponzu, some cut jalapeños on top," Webster says. "It's a little bit on the spicy side, but the fattiness from the hamachi, like the butteriness, really cuts through it. It's a really nice balance of texture and flavor."

This dinner will take place Oct. 13, from 6:30 to 9 p.m. Reservations are available on Nippon Tei's Tock, and tickets are $153.61 per person. The ticket includes seven courses, beverage pairings and gratuity.

"Come hungry, come ready to drink some sake," Webster says. "Come ready for a journey on your palate."

9 heated patios to keep you cozy this winter

If you're looking to dine outdoors but stay cozy warm, head to one of these St. Louis restaurants.

Feeling festive? Head out to one of these holiday-themed pop-up bars in St. Louis

Whether you cringe at “Jingle Bells” in the grocery store or live for decorating the tree, wintertime in St. Louis is magical. The holiday season is here and with it comes a sparkly array of holiday-themed pop-up bars. If you’re planning a dry month or don’t drink at all, there’s something for you too: Several of these pop-up bars feature stunning mocktails.

The traveling bar offers flavorful craft cocktails and a bevy of nonalcoholic options.

Shoehorn Brewing is set to open its doors in early 2023, serving a broad selection of beers, including classic lager and ale styles, including American and Czech lagers, as well as a variety of pale ales, stouts and IPAs.

8 gifts for the cocktail enthusiast in your life

Stock up your friends and family's home bars with these creative gifts.

The bar will offer creative, seasonal cocktails in a casual, yet edgy atmosphere.

Save Me A Place is the hottest, most inclusive event in town

These decked-out, holiday-themed bars will make your spirits bright

It's the most wonderful time of the year, and St. Louis area bars understood the assignment. Head out to these local favorites to surround yourself in holiday cheer. 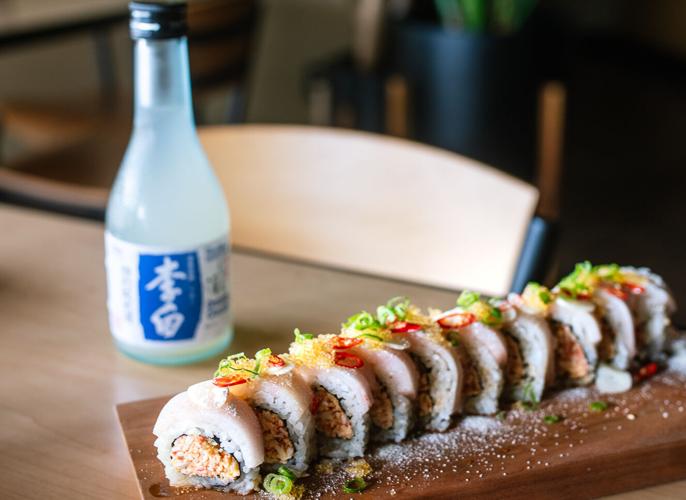 Nippon Tei is hosting a dinner with special guest and sake samurai Monica Samuels with seven courses and cocktail pairings. 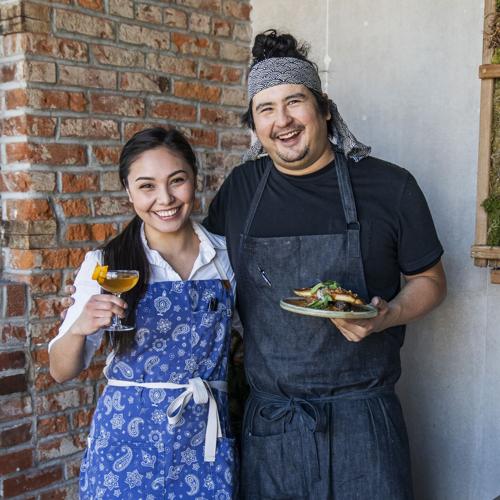